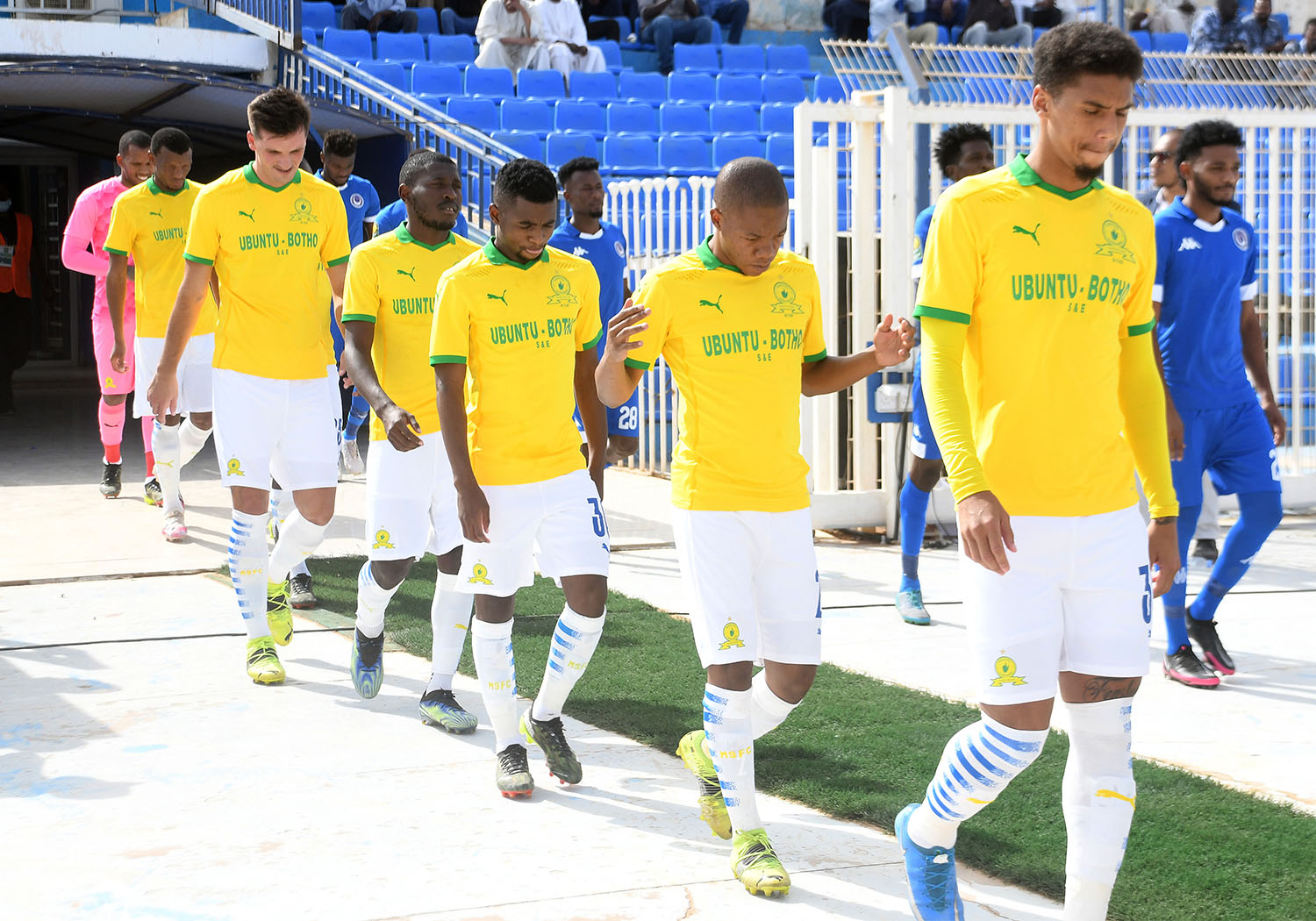 Mamelodi Sundowns played a scoreless draw away from home against Al Hilal on matchday five of the CAF Champions League and maintained their unbeaten run in this year’s competition. Masandawana have now collected thirteen points after five games and have secured their spot in the knockout stages. The Brazilians made a host of changes to the starting eleven given the fact that many of the side were in action during the international break. Ricardo Goss – who was celebrating his birthday – made his way into the starting lineup with Khuliso Mudau, Mauricio Affonso, Promise Mkhuma, Mothobi Mvala, Aubrey Modiba and Captain Hlompo Kekana also starting the game.

The two sides started the game at a high tempo, The Blue Wave were the first to knock on the door as captain Mohamed Yousif had a go but Goss was alert to the danger. Goss featured prominently in the first half making a number of key saves to keep the scores level. Bafana BaStyle bided their time when it came to creating opportunities and came close when Affonso and Gaston Sirino combined and the resulting shot narrowly missed the upright.

Rushine De Reuck had a chance to put one in the back of the net for Masandawana but could only see his header cleared off the line with the Al Hilal keeper beaten. Mamelodi Sundowns kept on pressing for the opener, Mudau saw his cross hit the upright.

In the send half changes were made, Haashim Domingo who replaced Sirino saw his well-connected volley being saved by the keeper and the score still at 0-0. With the time ticking Kekana attempted one of his trademark shots from inside his own half the ball hit the upright with the Al Hilal keeper well beaten.

The game ended in a stalemate with Masandawana keeping a clean sheet and sharing the points with the hosts. The Brazilians will be making their way back home as they shift their focus to league action midweek.