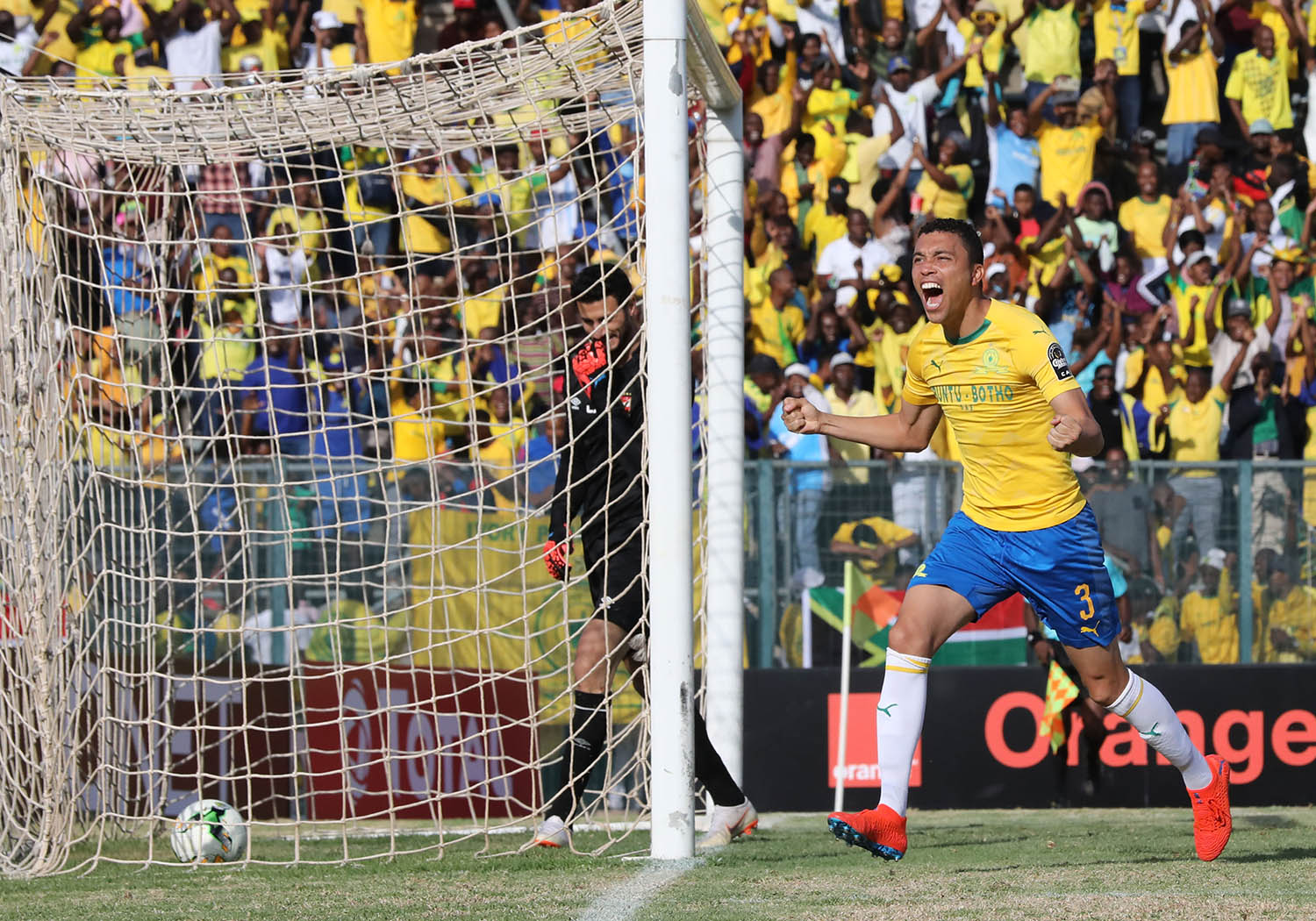 Mamelodi Sundowns clinched top-spot in Group C of the CAF Champions League after a 1-0 victory at home against Wydad Casablanca at Lucas Moripe Stadium on Saturday afternoon.

Downs had the first real opportunity of the game when Gaston Sirino found Themba Zwane unmarked with a quick free-kick before Zwane’s attempt forced a save from Ahmed Tagnaouti in goals.

Downs were forced to wait for the last minute of the first half as they took the lead in injury-time when Ricardo Nascimento stepped up to slot home a penalty after Maboe was brought down in the area.

The first 25 minutes of the second half saw a cagey affair, with Downs not wanting to relinquish their lead and Wydad not wanting to fall further behind. However, the game did open once the visiting side made their first two substitutions.

Coach Pitso Mosimane left his midfield and defence unchanged as he brought on Phakamani Mahlambi for Lebohang Maboe. Mosimane welcomed back Uruguayan striker Mauricio Affonso after an injury lay-off as he was brought on in the latter stages of the half.

Denis Onyango produced a moment of magic in his goals with a reaction save from close range to deny the Moroccan’s an equaliser in the dying moments in the game and secure all three points for the hosts.

The win means Mamelodi Sundowns became the first South African side to progress through the group stages of the CAF Champions League without losing a group game.