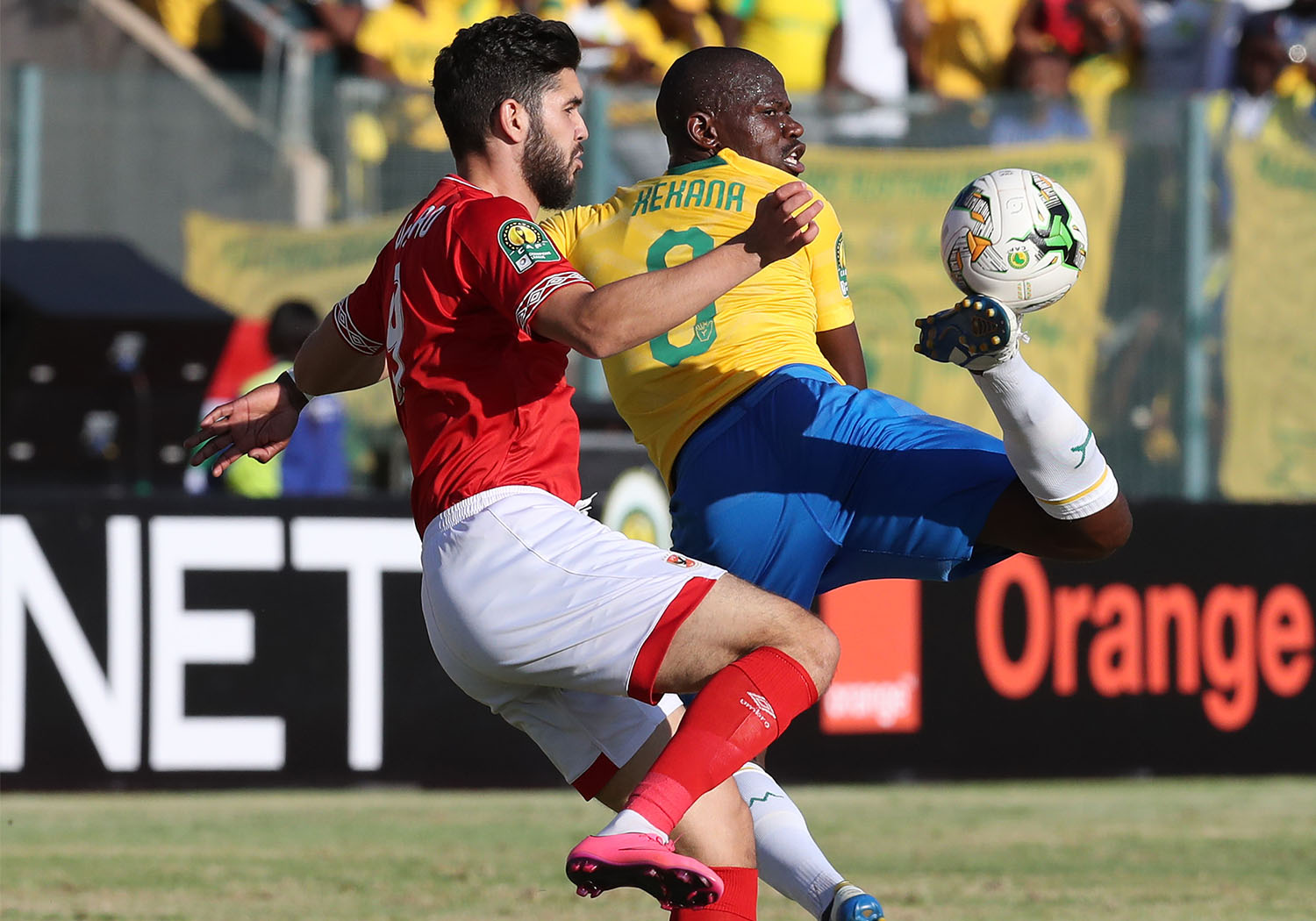 The Brazilians have travelled to Cairo to do battle in what many are calling the biggest game on the continent when they take on Al Ahly on Africa’s biggest stage – the CAF Champions league.

The previous encounters between the two teams resulted in a 5-0 thumping from the Brazilians at home, followed by a 1-0 return leg victory for the Egyptian giants.  Coach Pitso’s squad will be tested as he will be without a number of regular starters, particularly in his defensive line. The Brazilians have been in fine form in the CAF Champions League, becoming the first South African team to remain unbeaten in the group stages. Sundowns topping their group with 14 points after 6 games.

Downs’ first evening training session took place under the lights at the Petro Sport Stadium, where they have good memories winning at the venue twice before in The CAF Champions league. The second training session was held at the Cairo International Stadium which is set to be the venue of the all-important match on Saturday evening. The coach was extremely satisfied with the training facilities at the Cairo International Stadium calling it, “one of the best pitches I have ever seen”.  Mosimane was asked about the injuries which are affecting his matchday squad, he mentioned that keeper Denis Onyango had previously been rested, but returned to light training for the first session in Egypt. Anele Ngcongca was participating in the warm-up but still has a slight groin niggle. Ricardo Nascimento and Anthony Laffor make their returns to the matchday squad after participating in two full training sessions.

The match will go ahead on Saturday evening at Cairo International stadium. Kick-off will take place at 18h00 (CAT) on the 29th of February and the game will be streamed live on our official Facebook page, https://www.facebook.com/sundownsfc