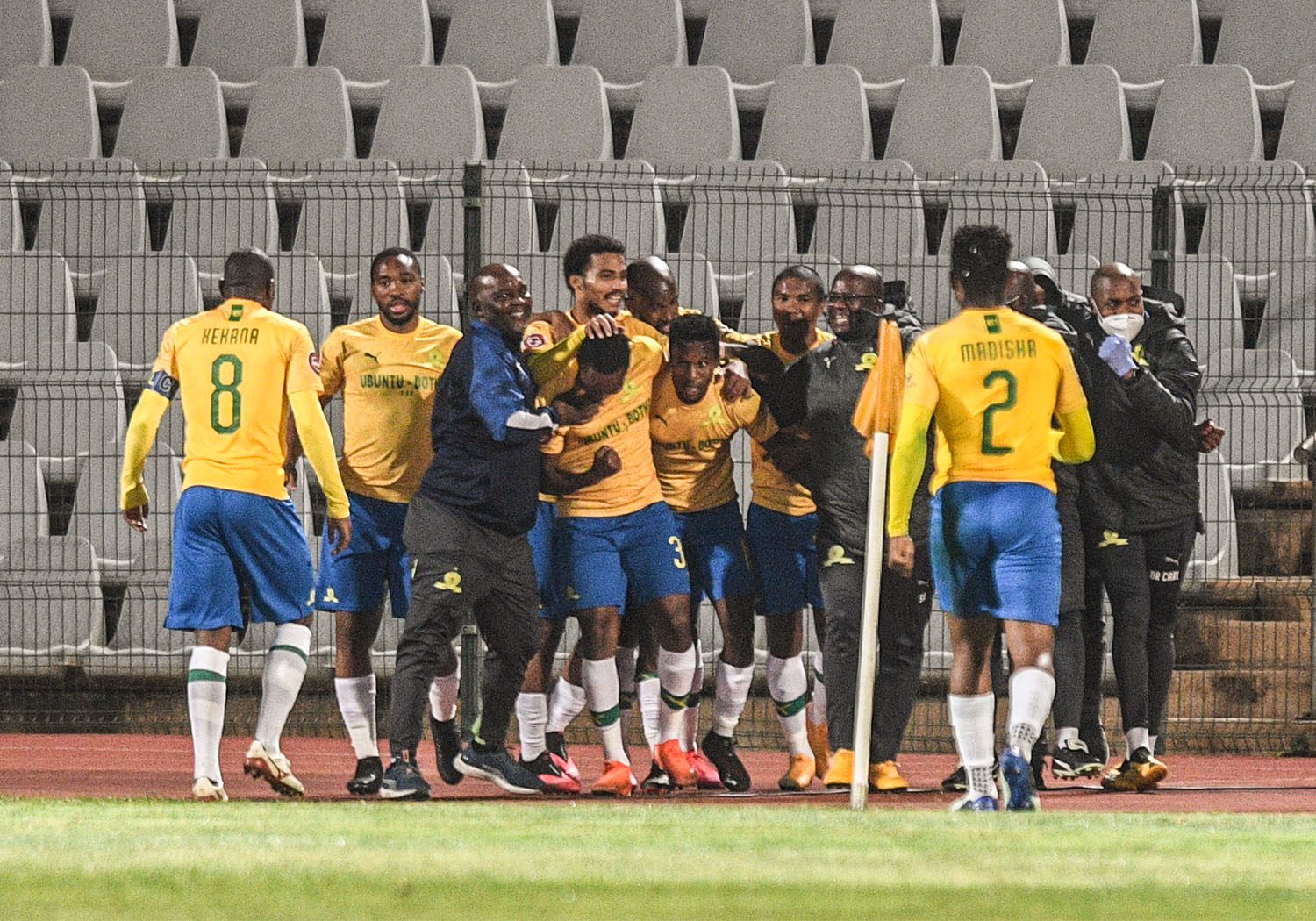 Mamelodi Sundowns registered their first win in the league since being in the bubble as they defeated Golden Arrows at Dobsonville stadium. The resumption of football has been challenging for the Brazilians. The win is a major boost and has helped close the gap to just three points from the log leaders, Kaizer Chiefs whom Masandawana will face in three days time.

This was a must-win game for both sides. The visitors needed a win to help achieve their goal of making the top eight and Bafana Ba Style needed the points to ensure the gap is not further extended between them and the log leaders. Only four games are left in the season and the push till the end continues.

Coach Pitso Mosimane made a couple of changes to the starting line up, due to some players serving a suspension, Ali Meza, Phakamani Mahlambi, Rivaldo Coetzee, Mosa Lebusa and Kennedy Mweene all made starts this evening.

The intentions were clear from the first whistle as Phakamani Mahlambi found himself in a good position after a good lay-off from Gaston Sirino but his shot could not find the target. The visitor’s defence was kept on their toes by the pace and off the ball movement of Meza but he could not get the opportunity to find the back of the net. Rivaldo Coetzee had the perfect chance and it looked like it would go in, but the brilliance of Sifiso Mlungwana kept the ball from going all the way as he finger-tipped the ball over the bar.

The first half ended with both sides locked at 0-0. Arrows had the majority of ball possession in the second half but could not convert into clear goal-scoring opportunities as the yellow wall at the back stood firm and ensured that nothing went past.

Coach Pitso called on the experience of the senior players when he brought on Themba Zwane and Keletso Makgalwa for Sirino and Mahlambi, that brought some urgency to the side as the two substitutes interchanged passes but ended up in each others way before a shot could be taken.

The game looked like it was going to be another draw but a move made from the bench resulted in a goal. A perfect pass made by substitute Lebohang Maboe and Zwane calmly slotted it past Mlungwane. Maboe had just been on the pitch for seven minutes after he came on for Meza, ensuring a well-deserved win for the Brazilians.

Next up is Kaizer Chiefs on Thursday at Orlando Stadium at 18:00, the game will be broadcasted on SuperSport 4