Mamelodi Sundowns are delighted to announce that Coach Pitso Mosimane has signed a contract extension that will see him remain as Head Coach until the end of the 2023/24 season.

Mosimane, who joined ‘The Brazilians’ in the middle of the 2012/13 season has gone on to be the most decorated coach in South Africa – and with the new deal, will cement his place as the longest serving coach at the Club.

“I’m honoured and humbled to be given another opportunity to lead Mamelodi Sundowns,” said Mosimane.

“One of the main reasons for me to renew my contract with Mamelodi Sundowns is the President’s trust and faith in me, he trusted me to lead this team to where it is – and fulfill his wish to build a team to conquer Africa. It’s humbling to be part of a brand like Sundowns and contribute to its success, especially as a local coach and also having played for the team.”

“To go on and be the longest serving coach at the club is something special and that means we have a lot of things we have done together and the best is yet to come. The Sky Is The Limit”

Despite all the success, Mosimane is still hungry for more, and is confident his team can continue on their mission to become an indomitable force across Africa.

“I believe it’s important for a club like Sundowns to constantly challenge for the Absa Premiership and CAF competitions, we need to win the Champions League – and it’s a big thing. No one wins it easily, we are focused on this.”

“I want to achieve success in the MTN 8 which remains the only trophy I have not won with Sundowns, throw it in there with the Champions League where we’ve experienced fixture clashes with the MTN 8 in the past. If you recall, we’ve previously never had a pre-season ahead of the MTN 8 – we are always a week behind. It will be very interesting to look at this differently, especially with the CAF and PSL schedules now aligned.”

Mosimane, who is no stranger to youth development and through his tenure has groomed the likes of Keagan Dolly, Bongani Zungu and Percy Tau in applying their trade in European leagues, a trend he wants to continue.

“We need to keep promoting young talent from our development. We have been successful in the past, that’s what I want to see happening more. Bringing Percy Tau up from our Youth Development and seeing him flourish in Europe is incredible.”

“We have done well, by promoting players through the ranks and we need to expose them to European markets.”

“We now have Jose Ramon working with the youth teams, putting structure at the club and we should have more players coming through the system,” said Mosimane of the Spaniard who will assume the role of Head of Technical at the club.

Mosimane has always shared a special relationship with supporters and ‘Jingles’ looks to repay that love and support.

“A crucial factor in me signing was also my relationship with the supporters. You stay where you are loved, simple. They (supporters) have made songs, banners, flags and t-shirts for me, it is not easy to have that kind of love, so I am home here – I have built a legacy here.”

Mamelodi Sundowns boasts one of the youngest teams in the league, but the core of his team will need to be rebuilt and the coach is confident the new blood will continue to flourish and bring silverware to the capital.

“We have started rebuilding the team and most of the core players we wanted have signed. We will once again have the youngest team in the PSL, even though we have the older players we are still a young team when you look at averages.”

“Most of the players at the club – I have had a hand in brining them here, so I have a wonderful relationship with them all. They push for me and I have a special relationship with them. There is no other way to recruit, we will take you from where you are and push you to your best. The reality is that we push players and give them exposure. You will play in the Champions League and win trophies.”

Having won it all, Mosimane looks abroad when drawing inspiration from a career spanning almost 35 years.

“When you look at Pep, Klopp and other successful coaches worldwide – they have won it all and have done it for years, yet they keep going. I need to learn from them and stay motivated. I look up to Pep, Fergie, Wenger, Ancelotti – they have had massive success and I look up to these people.”

“There is one common thread above the technical level they operate on – hard work,” concluded Mosimane. 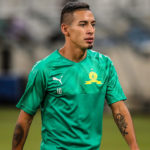 Masandawana to miss Sirino in the opening games
August 7, 2020admin 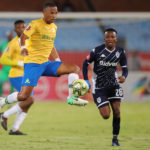 What to expect in Nedbank Cup Semi-Final
August 6, 2020admin 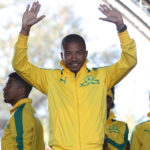