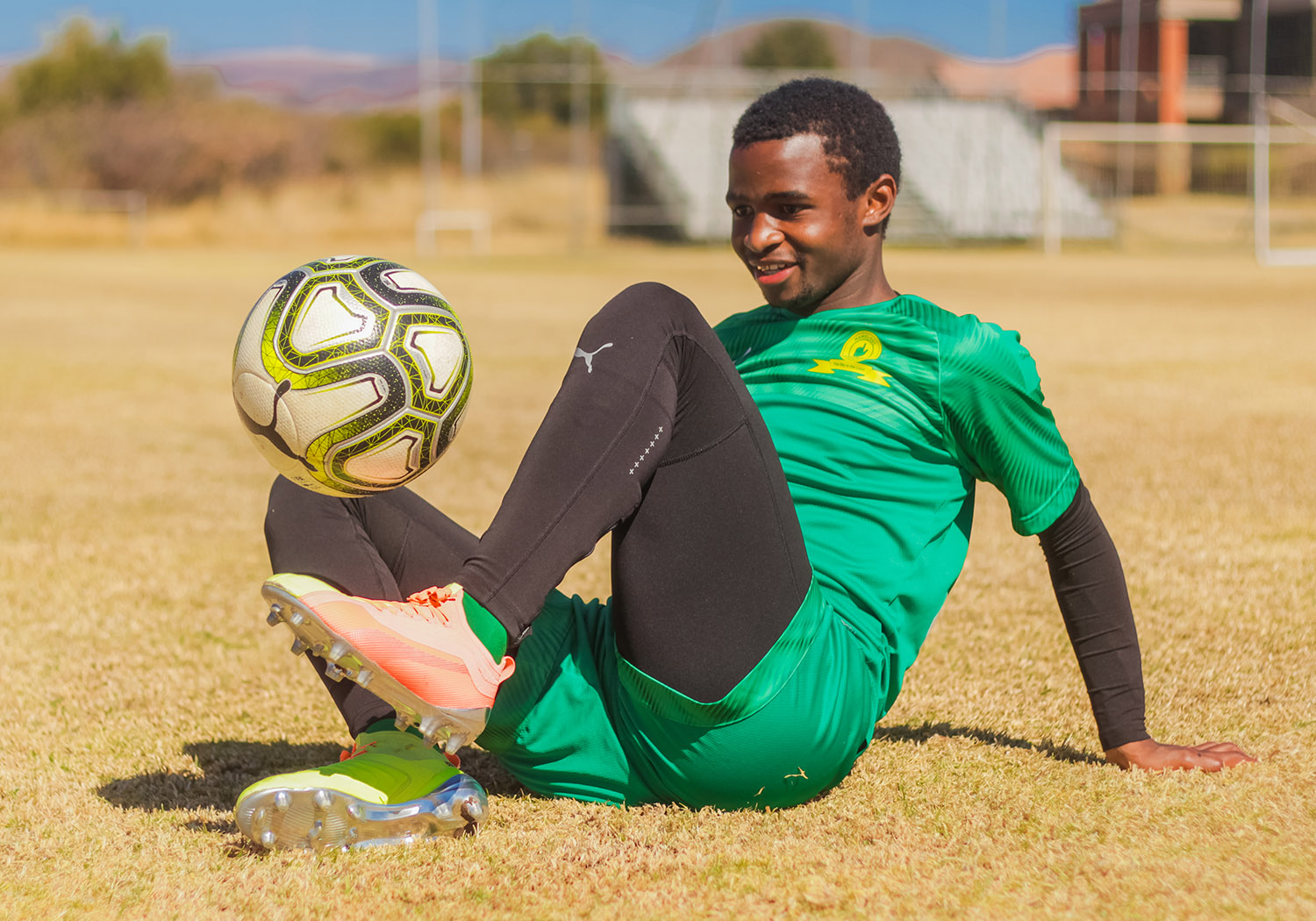 Youngster Promise Mkhuma was promoted to the senior team earlier this year (January) and is now in camp (in Rustenburg) where he is currently training with the first team.

The Multichoice Diski (MDC) team captain who has scored 11 goals and had 6 assists this season, he has shown with the MDC side that he is one for the future. Mkhuthuzi, as he is known, is under the watchful eye of Coach Pitso Mosimane and he describes the 20-year old as “A free-kick specialist, a quick scorer who has a good left foot and good one-on-one situations and reminds me of Percy (Tau) but I don’t wanna use the name Percy a lot and put him under pressure, he has to work more and learn”

“He is coming from our youth (Mamelodi Sundowns Academy) which is a plus for us. He is training very well whilst slowly adjusting to the intensity of the game here and is finding his feet. It’s okay, we have time and patience for it because he is a young player” said Coach Pitso Mosimane on his assessment of the youngster who has a bright future ahead of him.

The Amajita star player has represented the country at the Africa Cup of Nations and World Cup at junior level and is also currently enrolled at the Tshwane University Of Technology and is in his second year where he is studying a Diploma in Officiating & Sport Science.