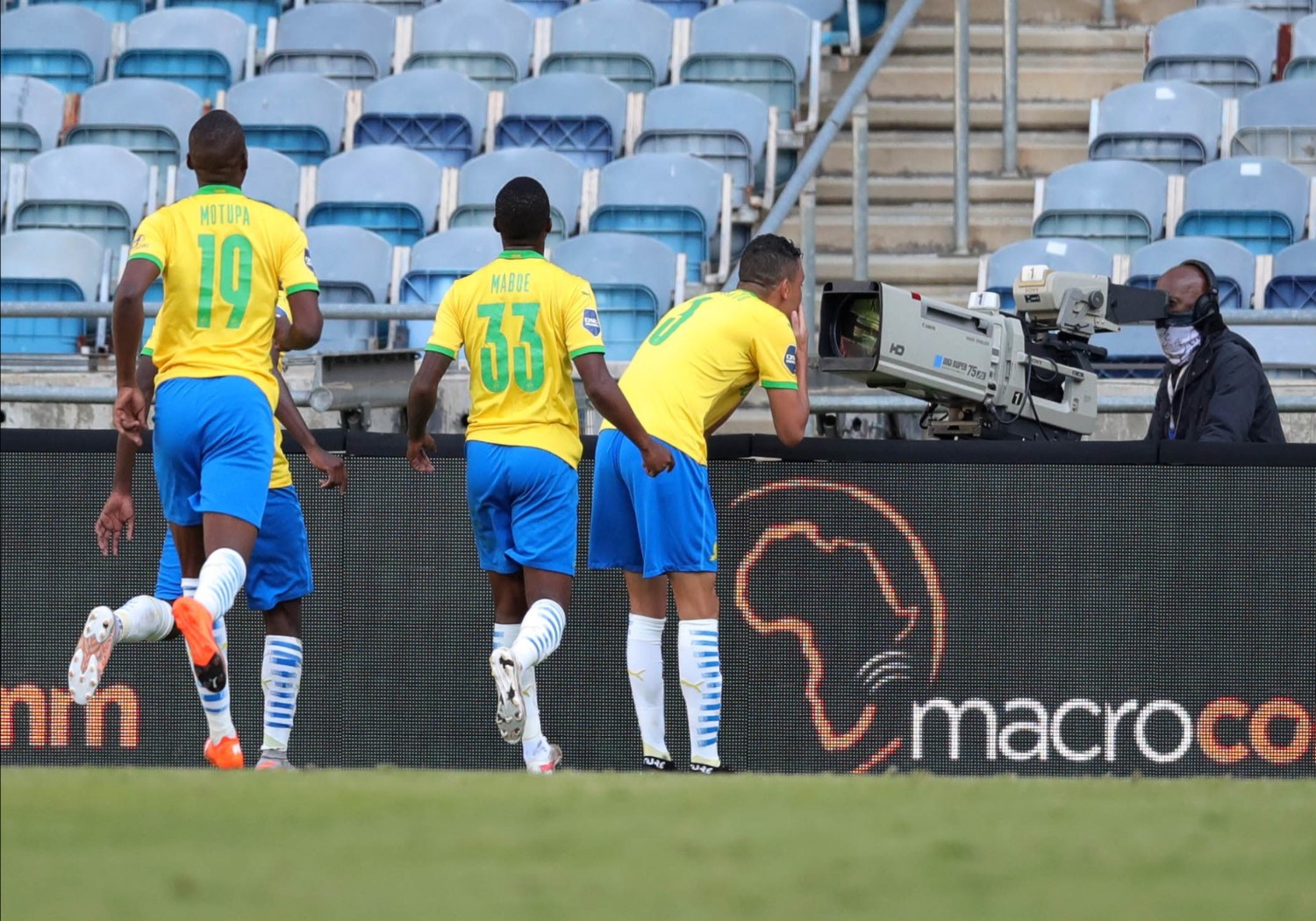 “No league title is ever won in March.” These were the words of Co-Coach Rulani Mokwena heading into what would be the busiest period of the season. The final three months of the season would see Mamelodi Sundowns participate in the DStv Premiership, the CAF Champions League and the Nedbank Cup, as the team were still in the hunt for all three prizes on offer.

The ‘business end’ of the season began with an away trip to Sudan immediately after the March international break as the team looked to carry on their unbeaten streak in Group B of the CAF Champions League. Under sweltering conditions in Khartoum The Brazilians preserved their lossless streak in the group stages as they earned a vital away draw. The next 12 days would see Mamelodi Sundowns test the strength of their squad with 5 matches in under two weeks. In that gruelling period Downs secured key away wins at Tshakhuma FC and Chippa United whilst suffering defeat for the first time in 28 matches as visitors CR Belouizdad of Algeria became the first team to take down Masandawana since the opening day of the season. The hectic run of games was tailended with back to back matches in the Nedbank Cup last 8 and last 4 respectively. The first game saw one of the performances of the season from Abafana baStyle as they convincingly beat rival Orlando Pirates 4-1 in emphatic fashion at Loftus. Just over 48 hours later The Brazilians would go all the way to penalties against Tshakhuma FC where the visitors would be on the positive side of the lottery, bringing the Nedbank title defence to an end for Mamelodi Sundowns. 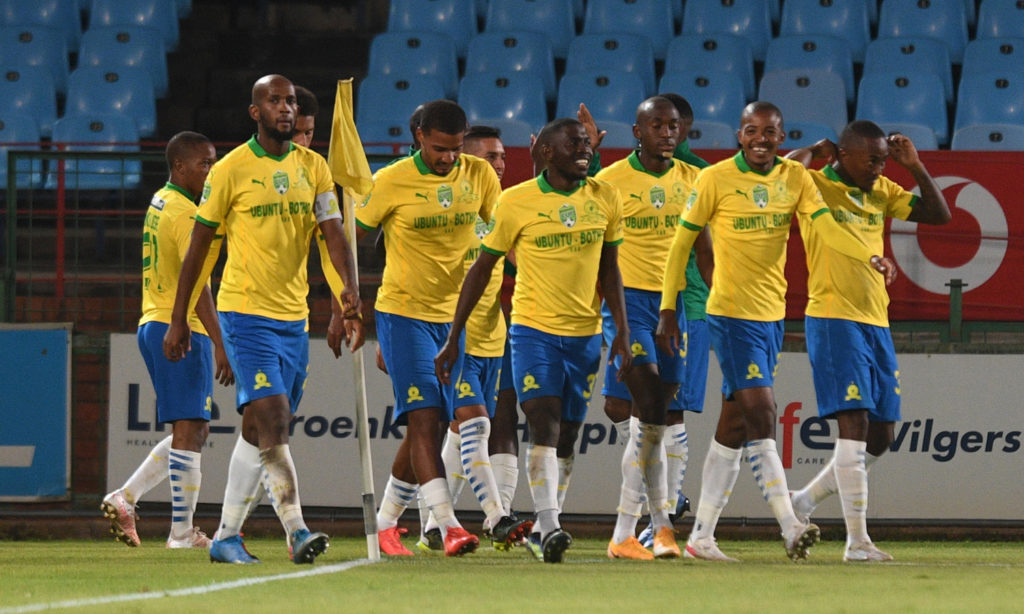 With the disappointment of the Nedbank behind them and a place in the quarter-final of the CAF Champions League secured, Downs finished off April with draws against 2nd and 3rd placed AmaZulu FC and Golden Arrows before having their record-breaking unbeaten start to a season brought to an end by Kaizer Chiefs at Loftus.

Elsewhere in April, the Mamelodi Sundowns Diski team began their quest for glory as they entered the Rewired version of the DStv Diski challenge. With a shortened version of the tournament that was suspended in January underway, the young Brazilians – led by head coach Surprise Moriri – finished in the top two of their inland stream and progressed to the semi-finals where they met Cape Town City reserves. A thrilling victory in the semi’s secured a place in the final where the team would meet up with the impressive AmaZulu FC reserve side. After a hard fought battle at the FNB stadium it would end in defeat for the young, talented Sundowns side, who went down 2-0 in the final. 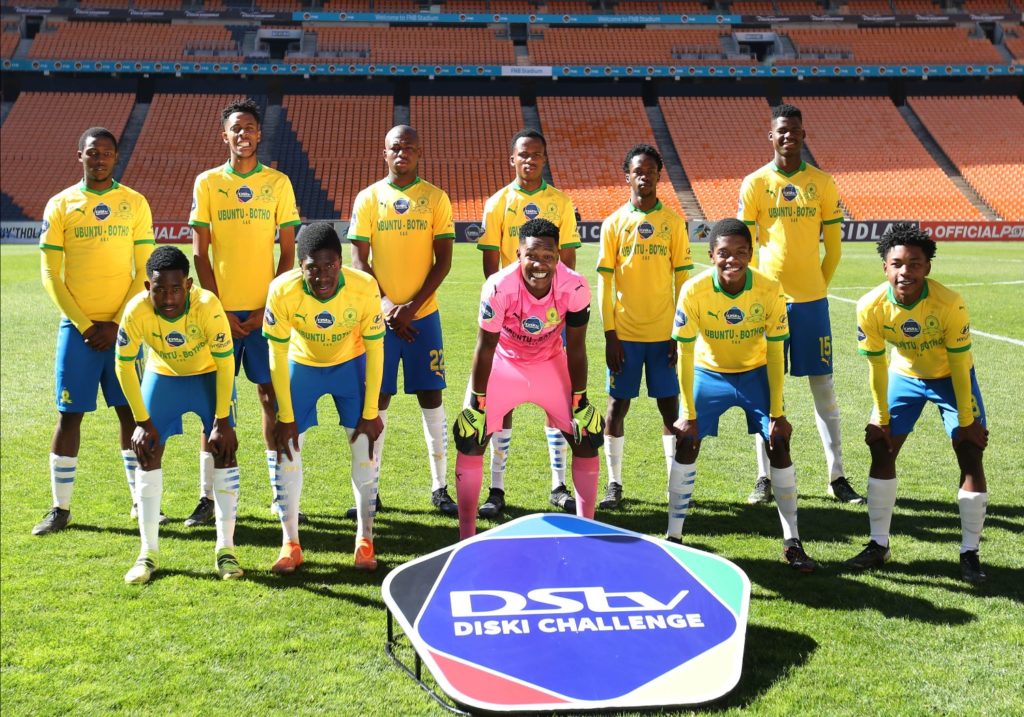 April also saw the much-anticipated return of women’s football as the SAFA National Women’s League began for the 2021 season. The Mamelodi Sundowns Ladies team, who were crowned champions of the previous iteration of the competition, began their title defence with a number of back to back victories. 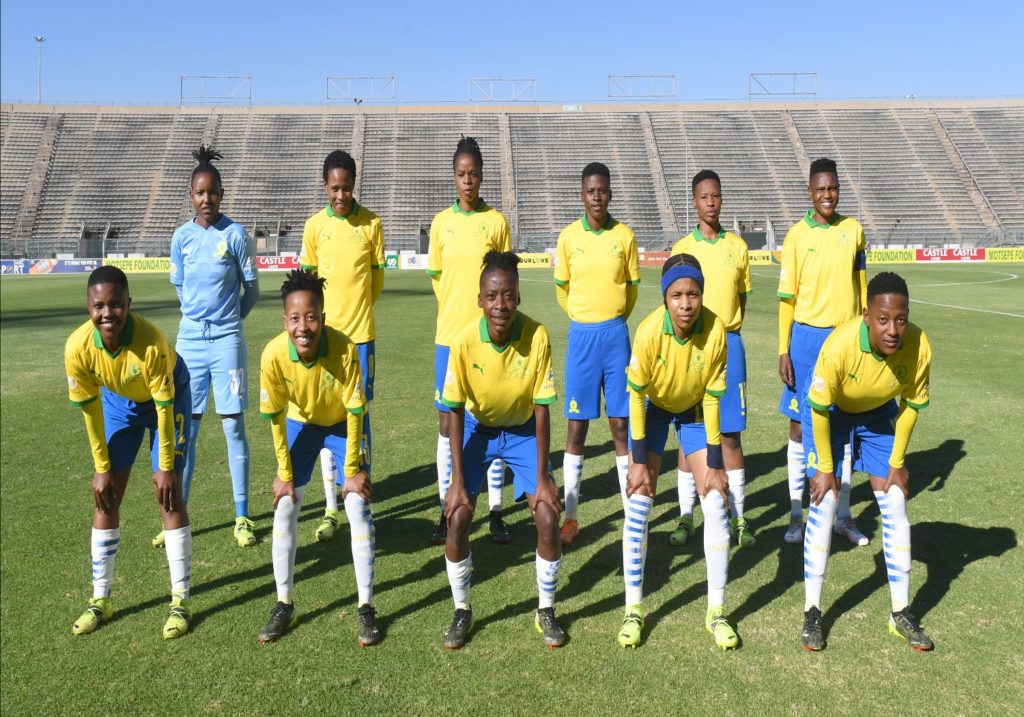 April also saw the beginning of the nationwide search for the next Miss Mamelodi Sundowns. The pageant, which is held annually, opened up for its tenth iteration with the theme of women empowerment at the forefront of this year’s competition.

With close to 2000 entries received from all over the country, the journey to find the next young woman to represent the club as a brand ambassador began with a new logo and a refreshed look and feel. In addition, the competition also took on a new form as for the first time the entire competition was conducted virtually.

The Miss Mamelodi Sundowns competition is back for its tenth installment!

After not tasting victory in four games, May got off to an emphatic start with another resounding victory over The Buccaneers, this time with the score being 3-0 at the Orlando Stadium. Wins against Maritzburg United and TS Galaxy followed shortly after with the hunt for the league still ongoing. The highlight of the fifth month of the year was undoubtedly the mouth-watering Champions League quarter-final tie against Al Ahly. Over two games, two of the best sides on the continent went toe to toe in Cairo and Pretoria, with the Red Devils winning the tie 3-1 and knocking Downs out of the competition.

With only the league left to play for, Masandawana put everything into the final four games of the season, with Sundowns picking up three wins and a draw to close out the season. The title was mathematically secured with a Tshwane Derby win against SuperSport United before The Brazilians got to lay their hands on the brand new DStv Premiership trophy after a classy win on the final day of the Season against Cape Town City.

A fantastic domestic season culminated on the highest of notes with a number of players claiming prizes at the end of season PSL awards. Denis Onyango, Themba Zwane and Peter Shalulile were awarded goalkeeper, midfielder and player’s player of the season respectively, with the Namibian striker also winning the coveted PSL Footballer of the Year award after his outstanding debut season at Chloorkop.

A debut season for the history books! 🙌

Congratulations to Mr. Tuck-In himself, Peter Shalulile on being awarded PSL Footballer of the Season! 🏆#Sundowns #PSLAwards pic.twitter.com/qC7lKJodce

Like any other season, the 2020/21 season was filled with many ups and downs and offered up many challenges. As has been the case in previous years, Mamelodi Sundowns were able to face these challenges in the only way they know how and ultimately saw the fruits of their labour, breaking more records and raising the bar in South African football.