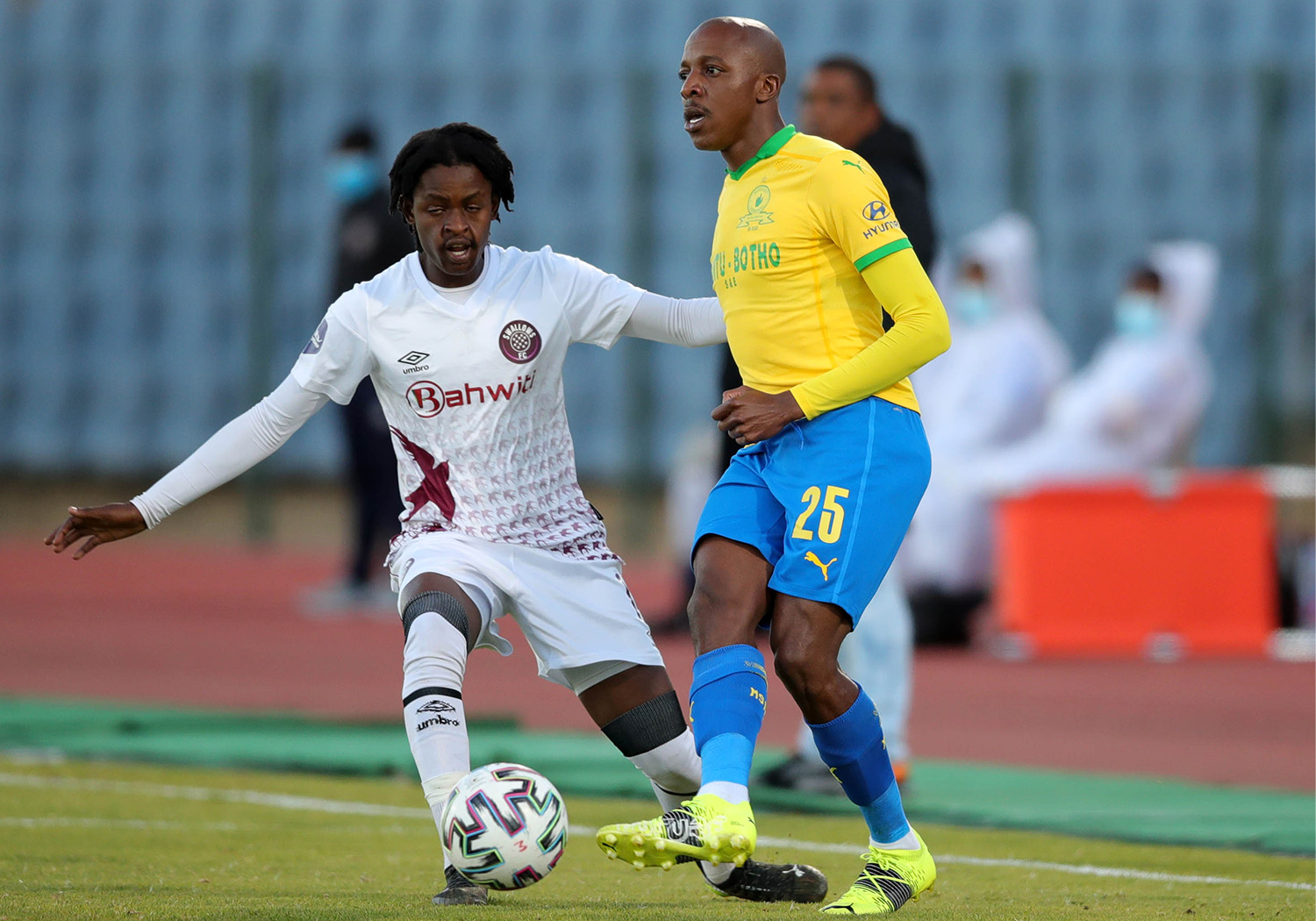 Mamelodi Sundowns played a goalless draw with Swallows FC on Saturday evening to keep their unbeaten away record in the DStv Premiership intact. The technical team made a few changes from the side that took on SuperSport United midweek, most notably with goalkeeper Reyaad Pieterse maring his first appearance in the league this season.

Masandawana were welcomed onto the field with a guard of honour from their opponents before an even start to the encounter at the Dobsonville Stadium. Only a few goal scoring opportunities were created by both teams as the match progressed.

Approaching the half-time break Aubrey Modiba and Lebogang Maboe were persistent in charging towards the Swallows defence in search of goal attempts at Sanele Tshabalala who had little to do until this point. The first half went into break with both teams unsuccessful to get the opening goal and lead the pack, it was 0-0 at half-time.

An early substitution in the second-half of the encounter was made with Sibusiso Vilakazi coming on to replace Themba Zwane who seemed uncomfortable to go on with the battle in Soweto. As the half went on, the game took a livelier turn and a more competitive encounter unfolded. Abafana baStyle put together a few promising attacks and came exceptionally close after more excellent combination between Maboe and Modiba who sent a blazing shot at Tshabalala who made a save for the Dube Birds. Another Modiba long range shot seemed destined for goal but could only narrowly miss the upright.

Fawaaz Basadien nearly became an instant hero for the home side with his deflected effort late on, however as was the case the whole evening, Reyaad Pieterse was on hand to make the save and keep the Downs net unscathed.

Thapelo Morena, Mauricio Affonso and Hashim Domingo came on from the bench as the encounter went on in the hopes of helping to find the opener. The game ended in a goalless draw allowing The Brazilians to extend their lead at the top of the DStv Premiership table with two matches to play.