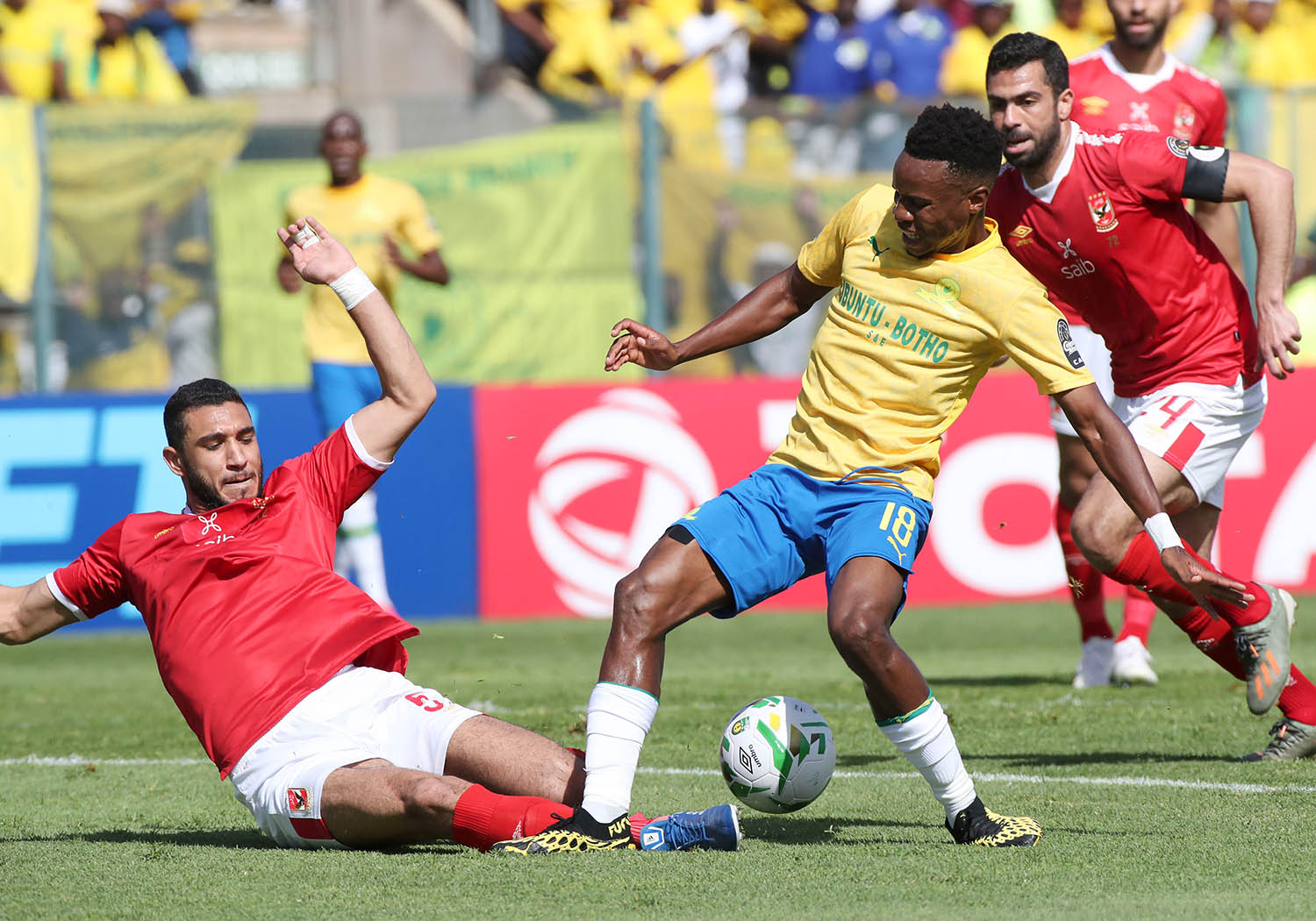 Mamelodi Sundowns were knocked out of the 2019/2020 CAF Champions League after their draw against Egyptian giants Al Ahly SC saw them lose 1-3 on aggregate on Saturday afternoon.

Themba Zwane had the first attempt of the game for The Brazilians, firing a long-range effort over the bar as Downs looked to begin the game on the front foot.

The Brazilians continued their positive start and continued to create chances; Ricardo Nascimento  was played in by Gaston Sirino from a free-kick, however the Brazilian saw his attempt saved from point-blank range by Mohamed El-Shenawy in goals.

The visitors took the lead after twenty-one minutes, Ali Maâloul’s free-kick was met by Lebohang Maboe whose attempted clearance diverted the ball past Denis Onyango in goals. Downs did not allow the goal to affect their momentum and five minutes later found the equaliser when Sirino tapped home a rebound from an El-Shenawy save.

The two sides went into the half-time break even with Downs still requiring three goals to progress.

The second half began in a similar vain to the first, with Downs controlling possession and looking the more dangerous side in attack. Coach Pitso Mosimane rolled the dice and brought on Tebogo Langerman followed shortly by Phakamani Mahlambi as he looked to find a way back into the tie.

Downs continued to create chances but were unable to add the finishing touch. Zwane came closest in the second half, his powerful shot from distance had El-Shenawy at full stretch to make the save.

Downs threw everything at their opponents but it was not to be as the result saw them exit the CAF Champions League at the quarter-final stage.