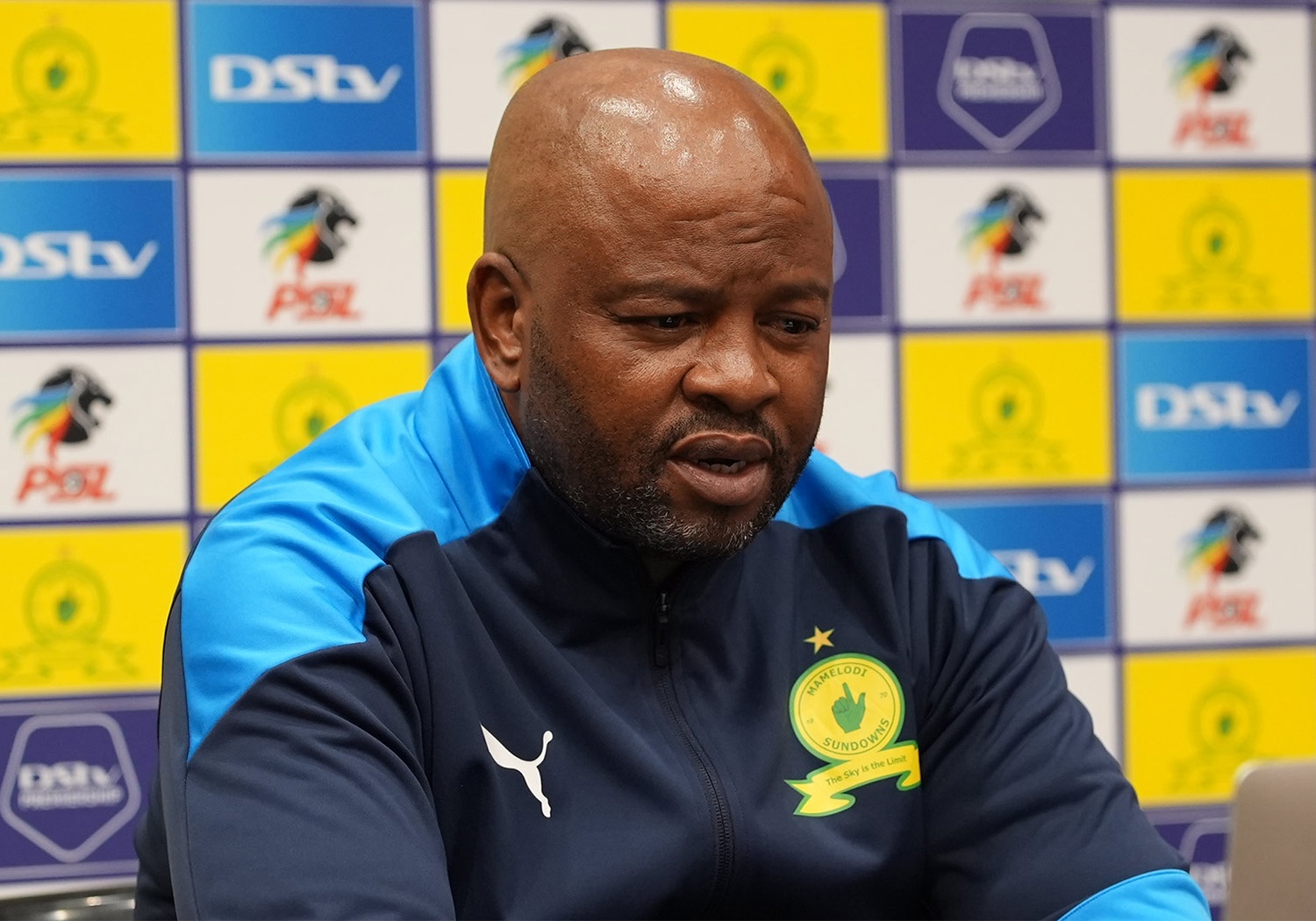 Mamelodi Sundowns’ impressive performance against Maritzburg United allowed the team to collect three points with a 2-0 scoreline courtesy of goals scored by Skipper Ricardo Nascimento and Gift Motupa. The game was not a walk in the park for Coach Manqoba Mngqithi and his charges. The last time the two sides went head-to-head, the spoils were shared in a 1-1 draw.

Coach Manqoba spoke out on the nature of the game he expected to play against the ‘Team of Choice’ , saying that their opponents were complex and unpredictable.

“We’ve always known it’s not going to be an easy match, it has never been easy between us and Maritzburg because Ernst [Middendorp] always comes with a lot of changes and shapes.” expressed the winning Coach.

What seemed like a hard team to crack for Downs was eventually destabilized within fifteen minutes of play. Manqoba, along with the technical team, made changes to challenge the versatile structure of Maritzburg: “Structurally we were prepared for that, we had worked on many build-up schemes and also pressing schemes which helped us to be able to deal with what we were facing. Though in the early stages of the match, I must say we struggled to take care of Ryan Rae who was playing as a six (Defensive Midfielder) today and then we had to try and adjust our team accordingly. Fortunately the players managed to grasp it quickly and it helped us to have the right balance to dominate.”

In recent weeks, striker Gift Motupa has become a regular in the past few matches that The Brazilians have played. Fans have shown an admiration towards the pacey forward and his efforts were rewarded when he bagged the DStv Premiership Man of the match.

Manqoba explained the recent inclusion of Motupa in the line up and the inspiration that seems to be driving the forward player, “We made him understand what is expected of him, we made him understand himself because at times players don’t even know their full potential.”

He added that: “We have had to work on his ankle, that is the reason that kept him out for long. We made it a point that we tell him before anything else that it’s very important that he loses weight and gets into the right BMI and be ready to help us because our game will demand a lot of speed.”

Amidst the hectic schedule of the last month, Bafana Ba Style have a number of players added to the injury list, however the coach emphasised the importance of not rushing players back after an injury “It is very important for us that we play players that are always fit enough to help the team”, concluded Manqoba Mngqithi.

The next encounter for Masandawana is an away game against TS Galaxy on Sunday. The game will take place at the Mbombela Stadium, kick-off is at 15h00.