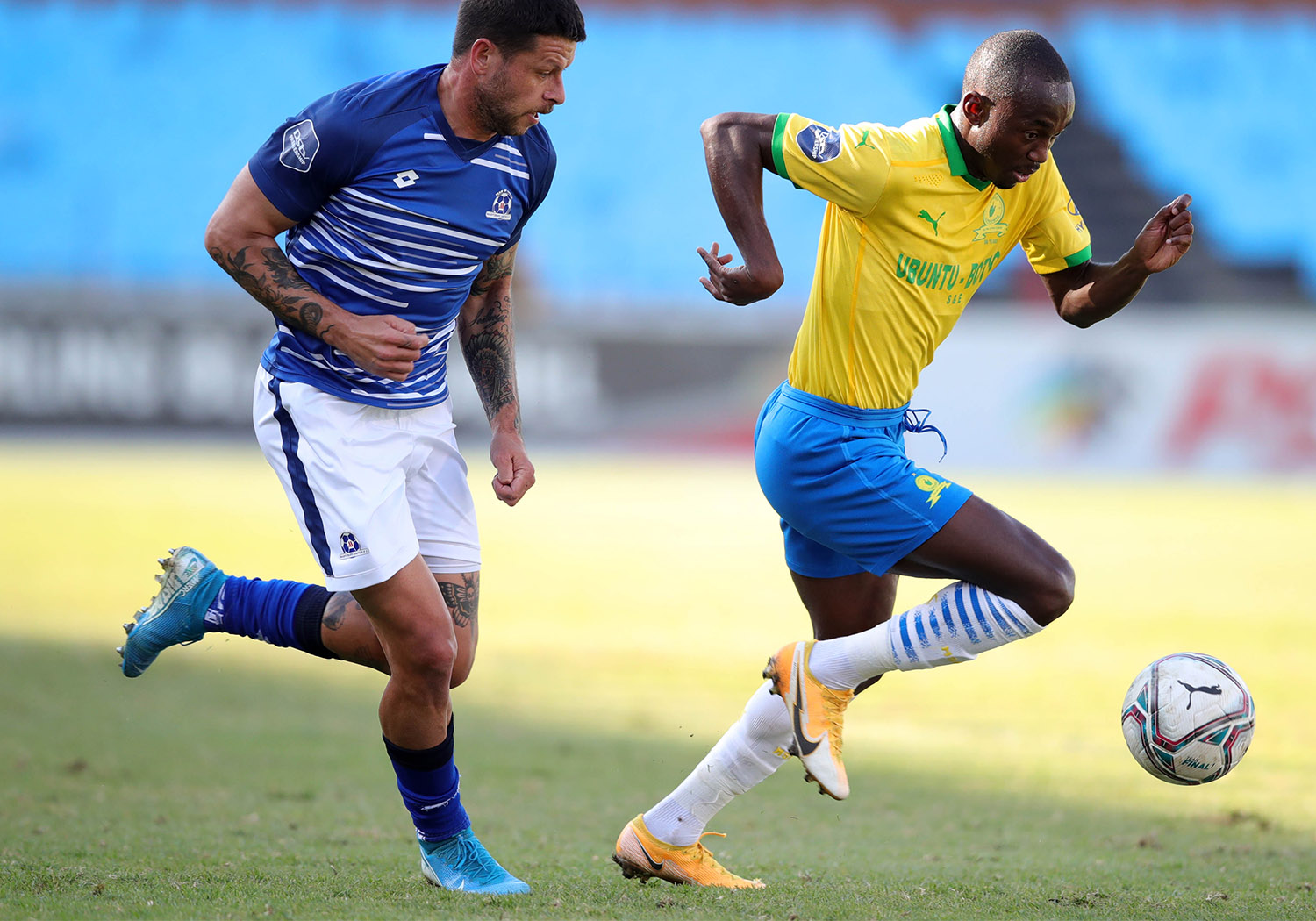 Mamelodi Sundowns are back in form with a convincing 2-0 victory over Maritzburg United at the Loftus Versfeld stadium on Wednesday afternoon. This is the second win in a row for the team, following the victory over the weekend against Pirates. Lebohang Maboe and Kermit Erasmus missed out on today’s encounter due to injuries, with Andile Jali and Gift Motupa coming into the XI

In the opening minutes of the game Themba Zwane played in Gift Motupa, who found himself in the box to have a go at goal, his effort was saved out for a corner. The resulting corner saw defender Mosa Lebusa put the ball in the back of the net, but he was adjudged to be offside when the cross was played in.

Zwane was unfortunate in the early parts of the game as he was pulled off due to an injury, giving Promise Mkhuma the opportunity to take his place. The two sides continued taking hits at each other in search of the opening goal. Downs remained compact passing the ball around to build up for an attack while the opposition relied on high pressing, however the creativity of the team granted penetration going forward with Peter Shalulile striking the upright after beating Marcel Engelhardt in goal.

The visitors came to the party in the last fifteen minutes before the first half was concluded with Bongokuhle Hlongwane taking a strike at Denis Onyango, however his efforts were not successful. Sundowns pushed forward and Gift Motupa was fouled in the box by Clayton Daniels giving the home side a penalty. Ricardo Nascimento stepped up to take the penalty and easily converted to give his team the lead going into the first half break. This was Nascimento’s second successive penalty in the DStv Premiership.

Maritzburg kicked off the second half of the game from center line trying to find Thabiso Kutumela upfront. Ricardo Nascimento was proving to be an aerial threat up front, with his two headers troubling Engelhardt as he came close to scoring his second. Meanwhile the visitors continued looking for the attacking duo of Hlongwane and Kutumela in the second half in hopes of catching Downs out on the counter-attack. A foul on Mkhulise by Daniel Morgan led to the midfielder being taken off and replaced by Mothobi Mvala. A swift and simmer second half played out before a triple substitution followed with Promise Mkhuma, Aubrey Modiba and Gift Motupa making way for Mauricio Affonso, Lyle Lakay and Lesedi Kapinga.

Seventy minutes into the game, Nascimento played the ball over to Mvala who layed it softly for Motupa and The Brazilians found their second goal of the afternoon. The goal was a fine reward for Motupa’s efforts, and he earned himself his first goal of the season with Downs and a stellar Man of the match award.

Sundowns wrapped up the game with a 2-0 victory over the Pietermaritzburg-based team to ensure that they extended their gap at the top. Goals scored by Nascimento and Motupa. Up next, The Brazilians travel to Mbombela to play their third game of the month against TS Galaxy.