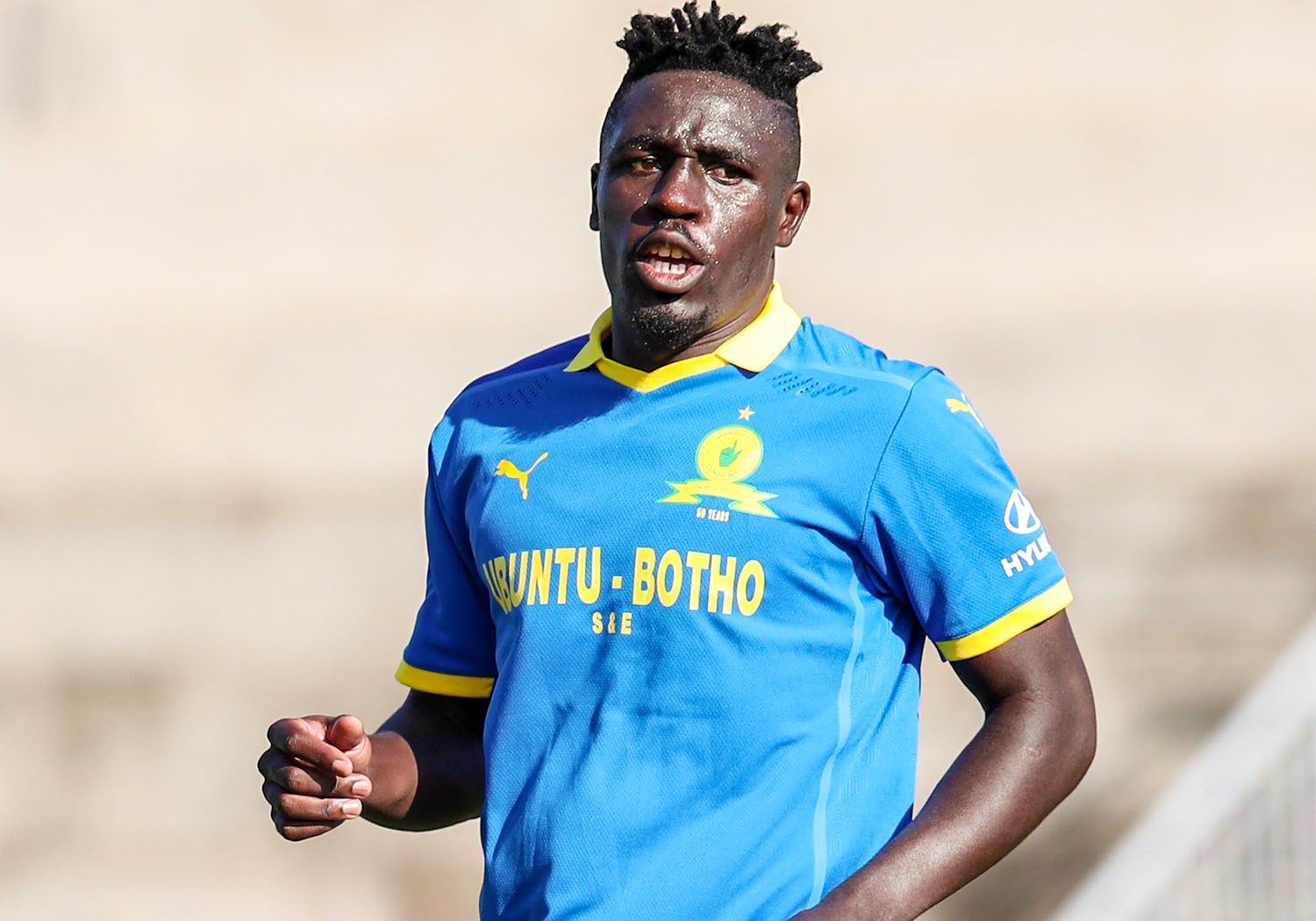 Mamelodi Sundowns October signing Brian Onyango has made an impressive start since joining Masandawana. Since joining, the Kenyan international has formed a great partnership with Ricardo Nascimento in the heart of the defence. The twenty-six-year-old has played nine games in all competitions before picking up a thigh injury late in the Tshwane Derby against SuperSport United.

Speaking on settling into the team and earning his spot in the line up, Brain said: “It has been great since I joined the club, being on the field of play and contributing to the team”. The defender also shared about how his progress has been since the SuperSport game: “I have been recovering well. I give my thanks to the medical team for taking good care of me. I can’t wait to be back on the field when I have recovered and help the team”.

“Mandela” as he is known, will be hoping to recover from his injury and be back and be part of the team as Mamelodi Sundowns will begin their African Journey. Masandawana take on Al Hilal at Loftus Versfeld Stadium in the opening game of the CAF Champions League Groups Stages on Saturday.

“We are taking each game at a time. The games are coming thick and fast, we must go out and get maximum results every game. We have a target as a team and I do believe with hard work, commitment anything is possible. Our focus this week is the Champions League and we want to do well and fight for the second star”, said Onyango.

The Harambe Stars captain has already found the back of the net for the Brazilians when he scored the solitary goal in the win against Orlando Pirates in the first game of the year.