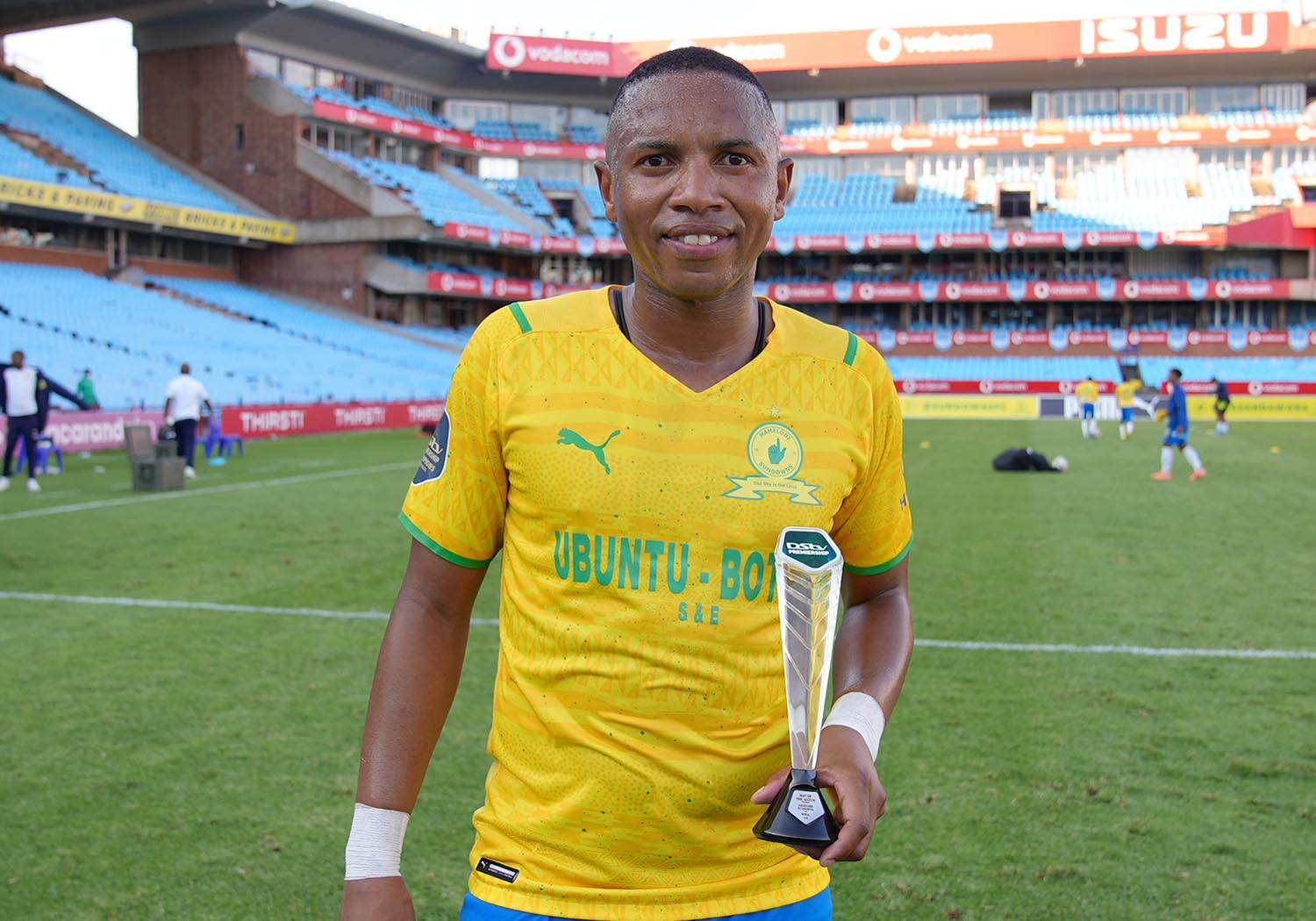 Mamelodi Sundowns Midfielder, Andile Jali has been selected as the DStv Premiership Player of the Month award recipient for December.

The Mdantsane born star wins the award after his impressive showings in The Brazilians five wins of their seven fixtures last month. Jali offered appreciation to his teammates for the award:

“Firstly I want to thank my teammates because this award is not only for me, but it goes to show that the whole team is performing well. This [award] means that in December we worked really hard even though our games were difficult and congested, we managed to achieve our goals as a team though it wasn’t everything that we wanted.”

Jali, who captained Bafana Ba Style in one of their toughest encounters and led the team to victory, has shown resilience and a dash of class in his position at Downs by creating goals and assisting in attack. The 31-year-old featured in six of the seven strenuous matches played before going into the Christmas break.

“It was tough going into back-to-back encounters, but as a team we managed to recover well knowing that every two days there is a game to be played. We showed professionalism and discipline as players to help the coaches do less in instilling discipline. We knew what had to be done from the beginning of that month, the coaches made it clear that it was our turn to entertain the supporters and not for them to entertain us. Our focus was on entertaining the fans.” Said Jali.

“AJ” was also amongst the players who received the superb “man of the match” trophy for his great performances during Bafana Ba Styles’s back-to-back victories in the domestic league competition. As voted for by a panel of football journalists and analysts, the midfielder further attributed his excellent in-form performances to the Sundowns medical team that helped him made progress with his hamstring injury:

“Our medical department worked extremely hard towards the recovery of my hamstring, they were committed and hands-on, guiding me on the exercises I should be doing on a daily basis. They played a big role in helping and leading me to where I am right now.”

He concluded and said: “I am grateful for the support and love that people are giving me and the recognition. Winning this goes to show that there is something extra that I am doing and I am thankful.”