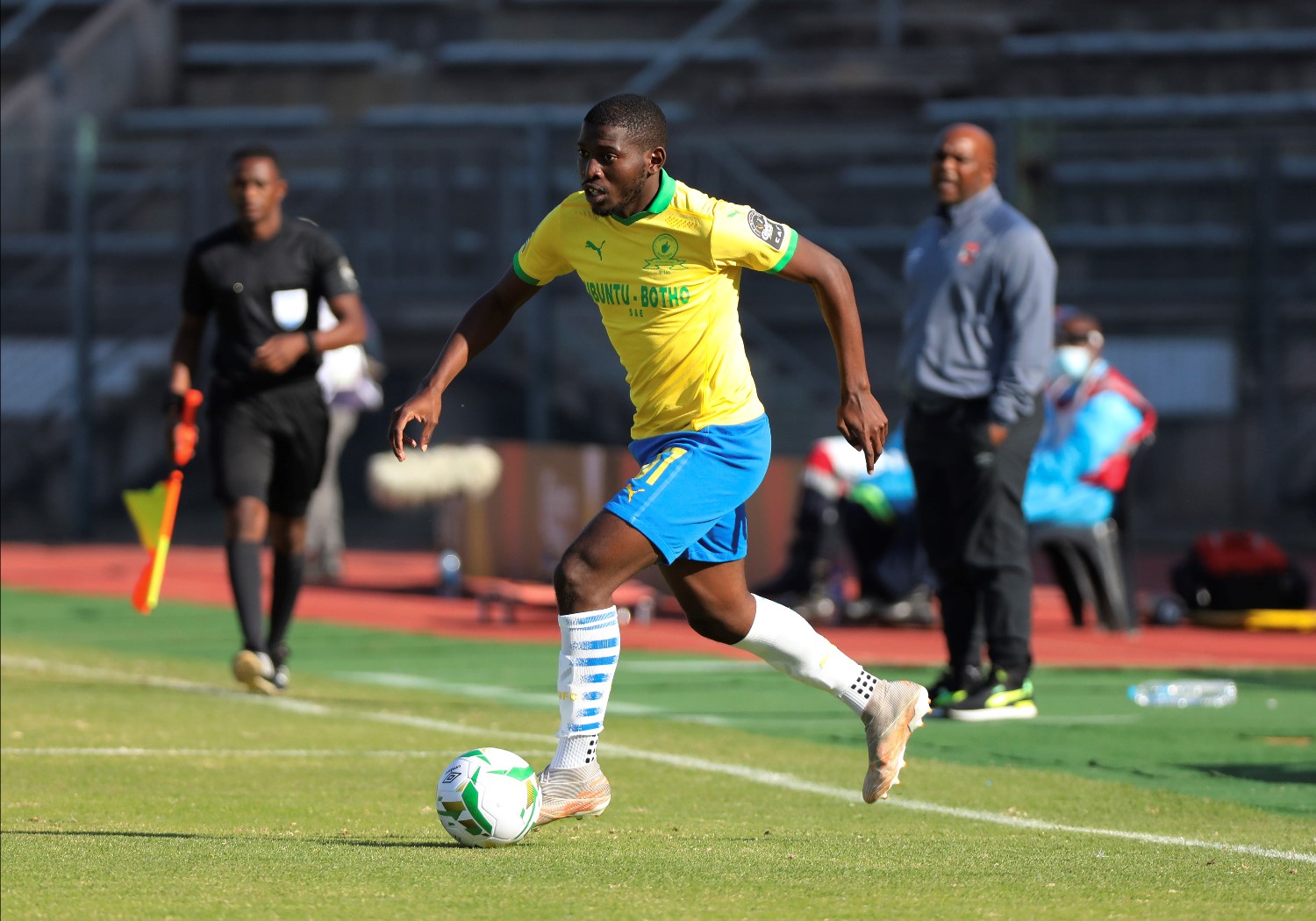 It was only eight months ago when Aubrey Maphosa Modiba made his sensational move to Mamelodi Sundowns FC in October 2020. This month he has been voted as the Player of the Month by fans and supporters to reward him for his outstanding performance in the month of May/June. The award comes shortly after the Bafana international picked up his first ever league title, playing a crucial role in the team in the business end of the season.

“Postman” as he is affectionately known for delivering exceptional displays of football on the pitch, had to sail through the winds of the Yellow Nation to mark his spot in his new home. Upon joining Masandawana he said “I must just keep working hard so I can add value to the club” and as promised, he has been delivering on his part of the deal.

In his debut season with The Brazilians, Modiba – who plays as a fullback and midfielder – made a number of appearances in all competitions for The Brazilians and secured himself a starting berth towards the end of the season. Modiba, who signed from cross-town rivals SuperSport United, made his first appearance for Masandawana in the 1-0 defeat to Bloemfontein Celtic in the first game of the season. Aubrey’s first league appearance was against Stellenbosch FC at Loftus Versfeld Stadium in November with the game ending in a 3-0 victory for Masandawana. In total Modiba made 30 appearances in Sundowns colours in his first season in the club, this included 19 league games, 7 Champions League games and 4 cup appearances. Mostly deployed on the left as a full-back, Modiba’s pace and skill on the flanks saw him register 4 assists and grab 1 goal for Downs across the season.

Modiba’s game plan kicked into a higher gear with every game that he got to play, his recent performance in the last Tshwane Derby of the season against his former team SuperSport United FC is one of the memorable games in which he got to display his well-known qualities and this earned him the praise of many supporters and followers of Sundowns as well as the overall DStv Premiership Man Of The Match trophy after the heated encounter. “It was a collective effort because we really wanted to win the game and it was a derby as well” said the tricky midfielder after the win.

Playing for Masandawana means contending with a jam-packed schedule and with that comes the opportunity to compete in continental football. One of the adventures that Modiba got to live for the first time in his football career was participating in the CAF Champions League which demanded travelling across Africa. With each excellent performance in the league, the same energy and mindset had to be carried throughout all competitions all season round.

The winger’s season at Sundowns has been a successful and remarkable journey winning the Premiership title in his debut season with a promising future at the club. Just as they successfully defended the championship with games remaining yet to play, Modiba’s focus was on the next season: “We can finish on a high and gain momentum going into the next season because we really want to compete again next season for the league, CAF and all the domestic trophies.”