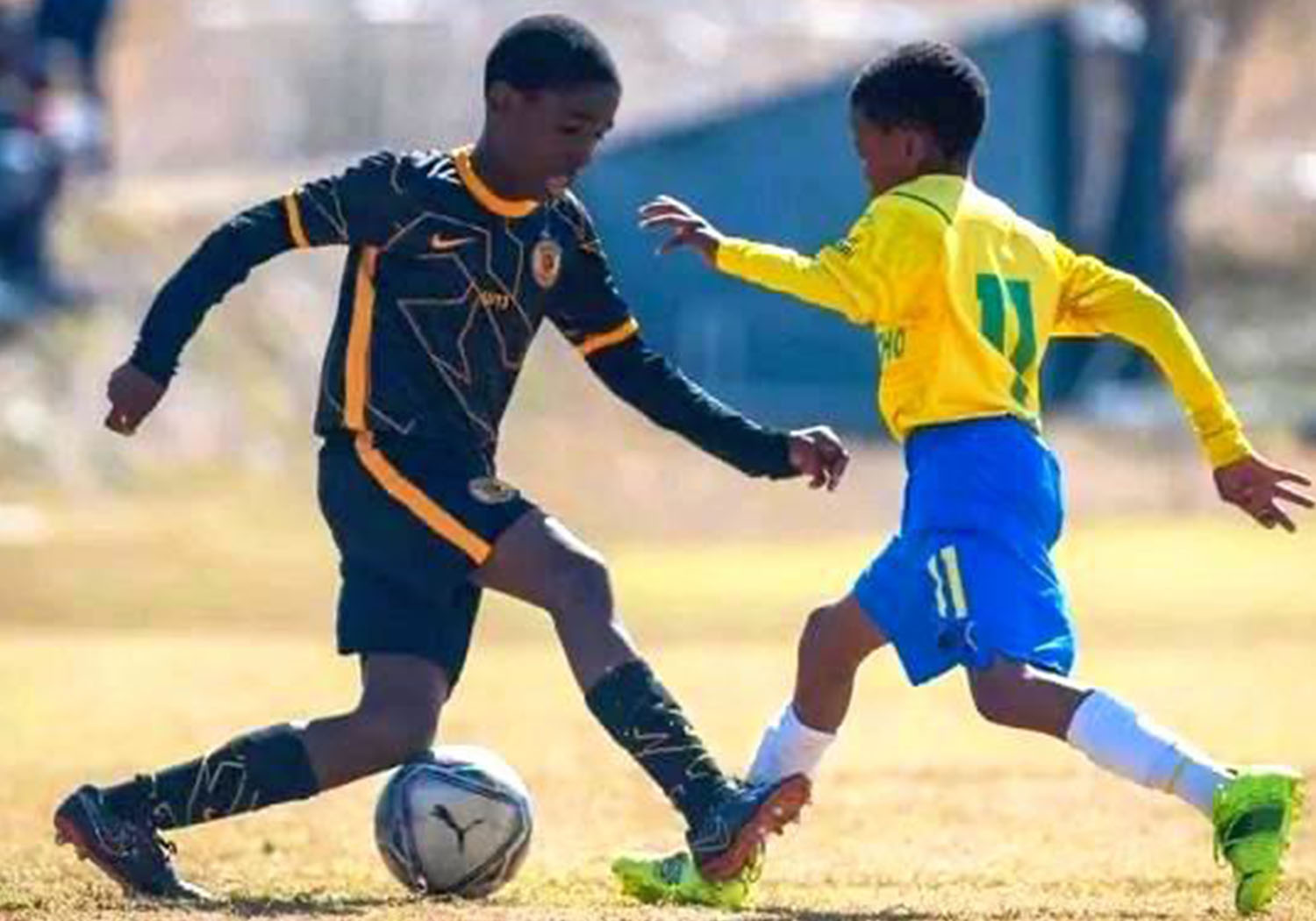 Mamelodi Sundowns Academy side displayed their quality in the latest round of the Gauteng Development League. The Under-13, Under-15, Under-17 and Under-19 sides hosted Kaizer Chiefs division teams at Clapham High School in Queenswood, Pretoria.

The Academy personnel supported each other with several club legends and scouts in attendance such as Surprise Moriri, Mandla Mazibuko, Tera Maliwa, Shawn Bishop (Head of Methodology) and Sam Mbatha (Head of Academy). Also in attendance to support the youngsters was Shala Mokwena (Manager for the Young Ladies Development in the Academy) and Colen Makhanya (Academy Manager).

Raymond Seneo was also on the ground to support the lads. Seneo was famously part of the seven players that were unveiled by Sundowns in 2004 together with the likes of Brian Baloyi, Josta Dladla, Neil Winstanely, Surprise Moriri, Vuyo Mere and Thabiso Rammile.

Seneo was happy with the high quality and irresistible football on offer, “It is always good for the youngsters to play Category-A games due to the high intensity as it allows them to show their tactical and technical understanding of the game. Overall, they showed their winning mentality, something that is essential to the Mamelodi Sundowns brand. Against a team like Chiefs, they showed their mettle and I am pleased with the way the boys went about their business. It was a wonderful outing for the lads and I am pleased with their performance.”

Goals from Ntokozo Madondo and Karabo Mohoje gave the Coach Lunga Nobela’s Under-13s an entertaining 2-1 win over Chiefs while a brace from Oarabile Boysens handed the Under-15s (led by Coach Joel ‘Fire’ Masilela) a 2-1 victory.

Coach Mandla Mazibuko was full of praise for the overall performances of the boys, “The games were highly energetic across the various divisions. Our boys showed their confidence and were not shy of going into a tackle. At such a tender age, they already have the Mamelodi Sundowns DNA, which is all about winning. The games were enjoyable and I am proud of their performances.”

A goal from Shaydon Dunn was enough to hand Coach Isaac Shai’s Under-17 side a 1-1 draw while Kgosiame Ngobeni’s strike earned a 1-1 draw for Coach Mike Manzini’s Under-19 charges.

The Assistant coaches were also on ground to oversee the performances of the various division matches.

Great outing for our youngsters!