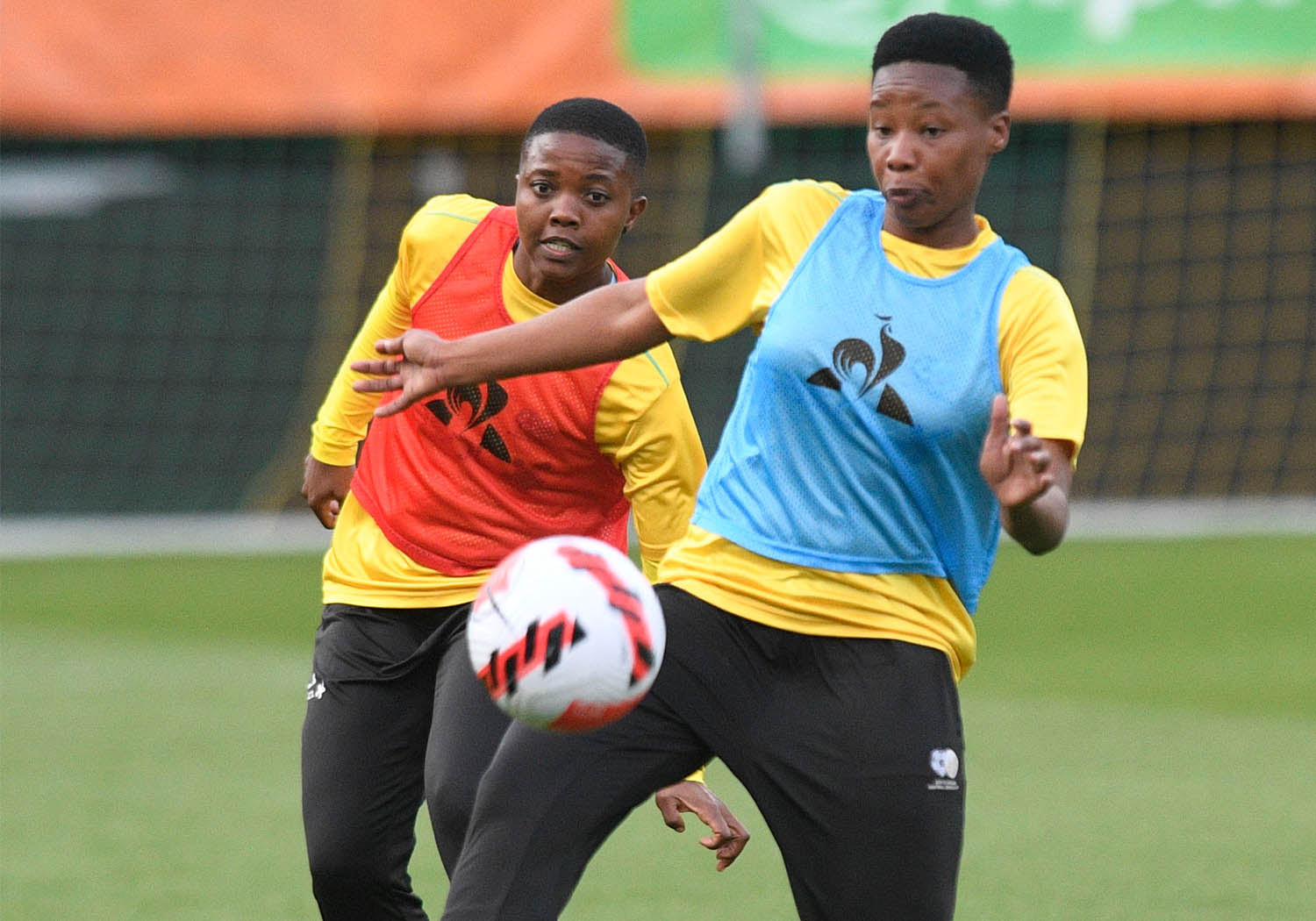 Coach Desiree Ellis has named the final 23-woman squad to represent South Africa at the Africa Women’s Cup of Nations in Morocco from 2-23 July 2022.

Six Sundowns Ladies were part of the final cut as Coach Desiree Ellis’s side prepares to face some of the strongest women’s teams in African football.

They include goalkeeper – Andile Dlamini, defenders – Karabo Dhlamini and Bambanani Mbane, midfielder – Thalea Smidt and forward – Melinda Kgadiete. Tiisetso Makhubela is one of three players who are on standby.

For Andile, her call-up represents a reward for perseverance and determination after making a stunning return to the pitch during the latter part of last season. Sticks kept three clean sheets at the CAF Women’s Champions League and was named ‘the best goalkeeper’, featuring in the Squad of the Tournament, selected by CAF organizers.

Karabo Dlamini’s call-up comes at a time when the defender has hit top gear for The Brazilians. The defender who recently joined from the United States has found the back of the net twice in the Hollywoodbets Super League thanks to goals against City Lads Ladies and TUT Ladies.

Bambanani Mbane enjoyed a solid start to the year when she clinched the South African Football Journalist Association (SAFJA) Women’s Player of the Year award. Juice was also named Player of the Season at the inaugural Hollywoodbets Super League awards ceremony. The Eastern Cape-born star was also named among the ‘Squad of the tournament’ at the CAF Women’s Champions League which Sundowns finished as winners without conceding.

Tiisetso Makhubela’s addition comes as a big boost for the defender who made a stunning return to Chloorkop from TUT Ladies before the season began.

South Africa are pitted in Group C against three-time champions Nigeria, Botswana and Burundi who will both be featuring at the continental showpiece for the first time.

Banyana Banyana’s participation in Morocco will be their 12th appearance in the continental showpiece.

Congratulations to the selected players!!!