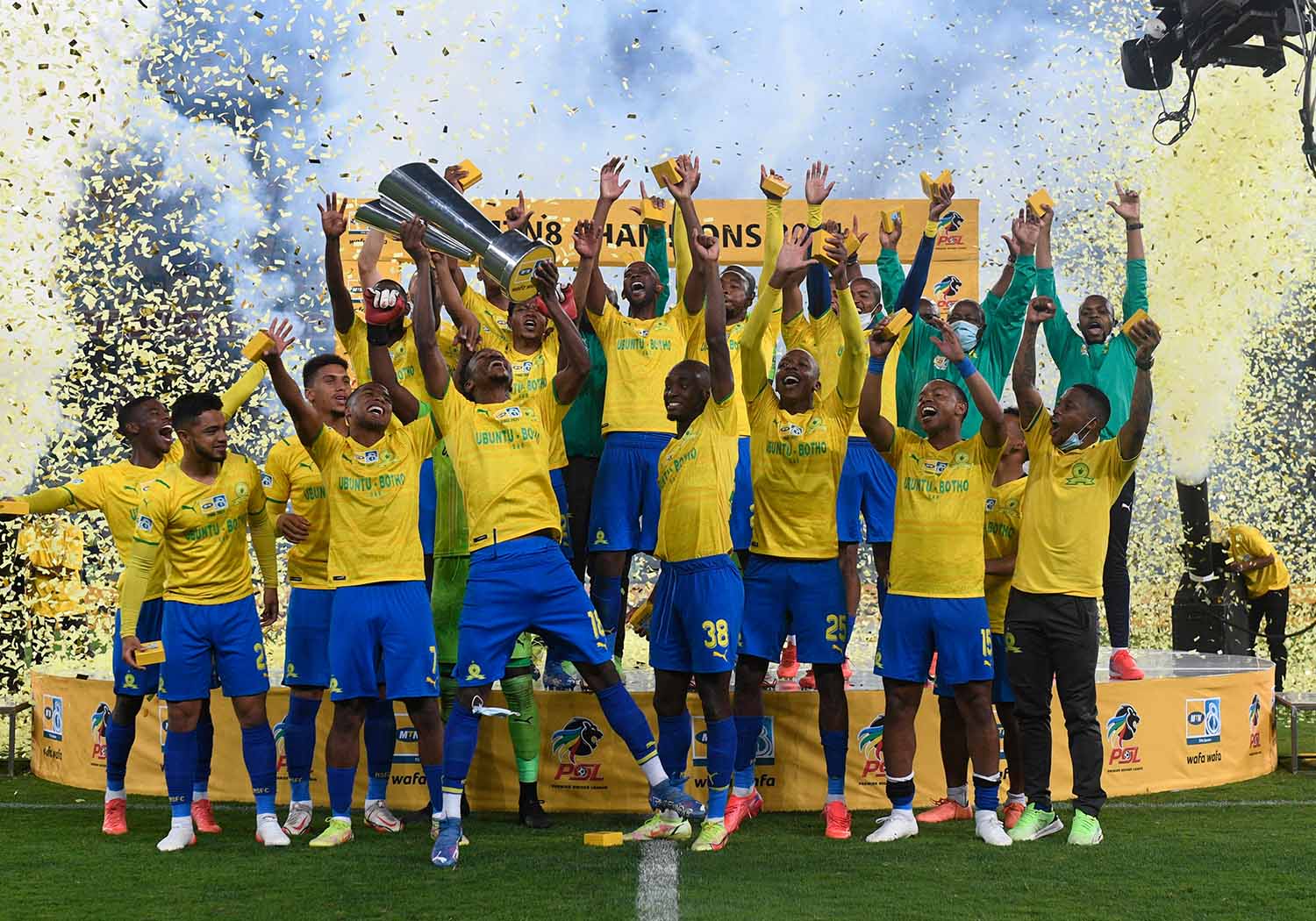 Mamelodi Sundowns enjoyed a scintillating season under Coach Manqoba Mngqithi, Rulani Mokwena and Steve Komphela, winning a domestic treble despite suffering heartbreak in the CAF Champions League. This is how their season unfolded from the beginning: Part 1 season review.

The Tshwane Giants announced their partnership and collaboration with one of the world’s elite entertainment and sports agencies, Roc Nation Sports early in August, 2021. The two parties aim to form a dynamic collaboration driven by values of humility, excellence, and respect to drive change through impactful initiatives.

On-field excellence meets world-class entertainment, The Sky is the Limit.👆

Welcome to the Yellow Nation @RocNation

For the new season, Bafana Ba Style unveiled the new Mamelodi Sundowns Home & Away players kits in the club’s colours of yellow, green and blue, with each shirt featuring a unique traditional hand-printed treatment inspired by African art and fashion.

Masandawana showed qualities with their squad depth ahead of the new campaign which kicked off with a mouthwatering clash against Kaizer Chiefs in the MTN8. The two renowned teams set the tone for the 2021/22 season in the Premier Soccer League and the Cup competition, a thrilling quarter-final in the Capital city was separated by a victorious penalty shootout for Downs.

Bafana Ba Style set up a winning streak in their campaign to clinch the prestigious Wafa-Wafa Cup competition for the first time in 14 years. The Brazilians edged past a determined Cape Town City 3-2 on penalties after sudden death. Ugandan shotstopper and Sundowns captain Denis Onyango was the hero, saving five penalties on the day and went on to lift the elusive cup. 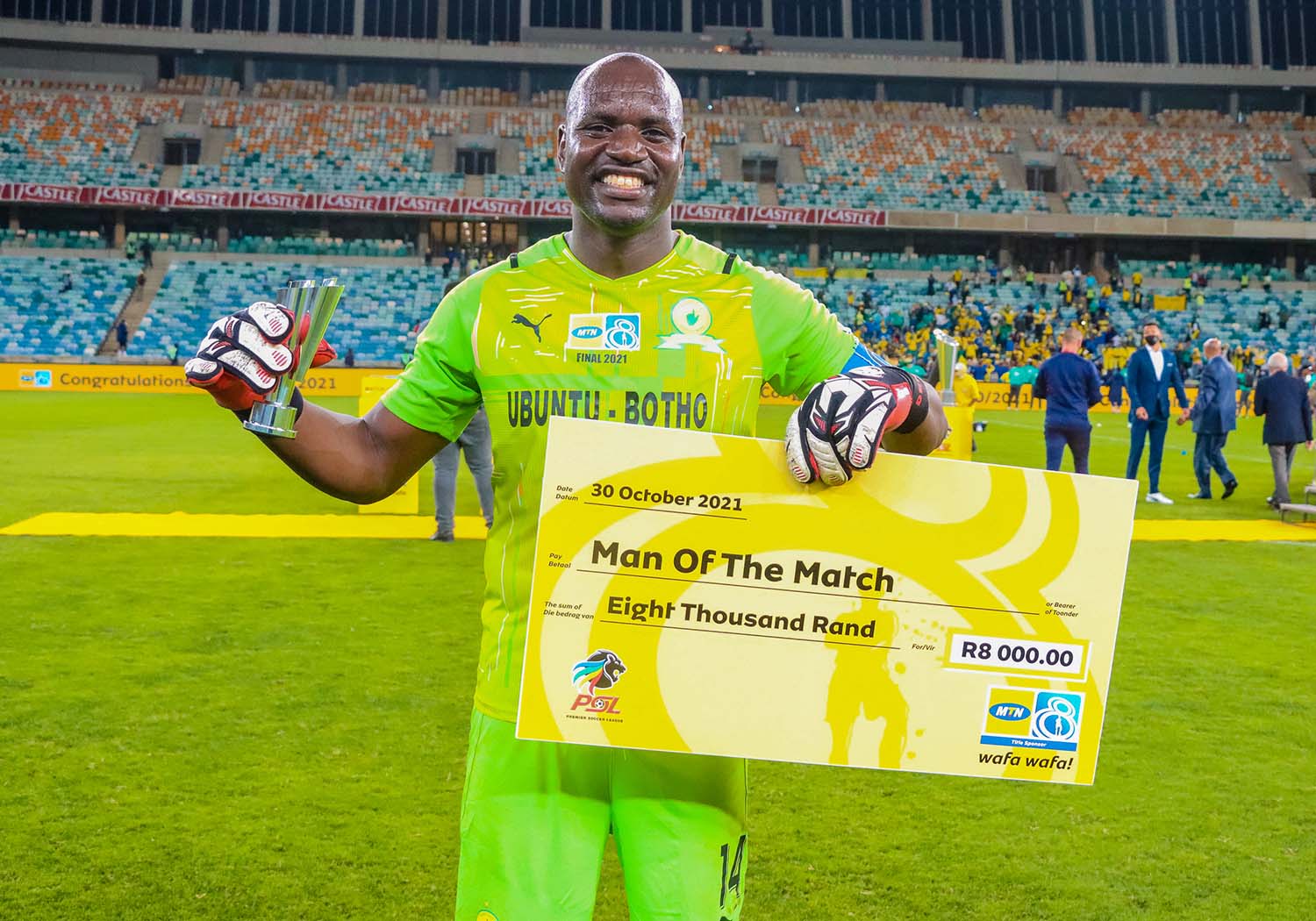 After a great start to their defensive title, Downs had already won six of their seven DStv Premiership encounters, drawing 0-0 in one game before beginning their CAF Champions League campaign in October. Masandawana traveled to Stade des Martyr to begin their continental cup competition against AS Maniema Union in Congo, the two teams shared the spoils with the game concluding in a 2-2 draw. Masandawana secured the victory on home ground in the second leg of the competition at Loftus Versfeld, winning 2-0 to stay in the competition.

The Brazilians also launched their first ever digital magazine to celebrate, inform and give insight into the club’s activities like never before. The first issue of the magazine was filled with exclusive interviews, lifestyle images, quizzes, behind the scenes as well as the Chairman’s letter to the yellow nation.

Inside Issue 01: An exclusive letter from our Club Chairman! Player stories! And a first look at our new Club Ambassadors @thetrueteko & @TIYANI_SHUGA13, all of this and so much more- and it’s free!! 👆🏾📘 pic.twitter.com/HbVkyizspp

After an unforgettable 2020/21 season in the Hollywoodbets Super League, Banyana Ba Style proved to be on a mission not only to conquer South African women’s Football space, but to spread their dominance across Africa. Masandawana booked their place in the first ever CAF Women’s Champions League tournament held in Egypt after scoring an incredible 22 goals across five games in the CAF Women’s Champions League qualifiers. 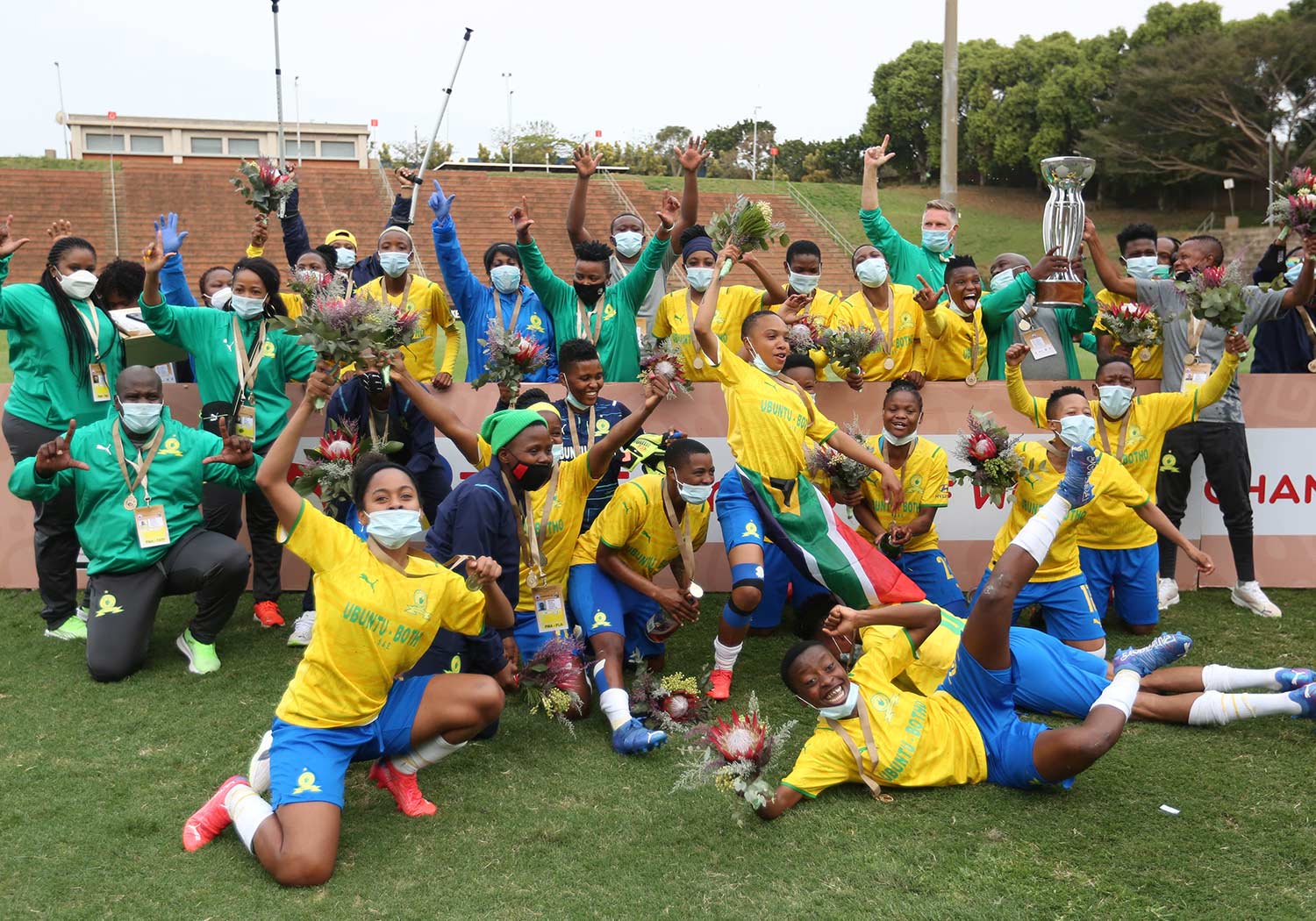