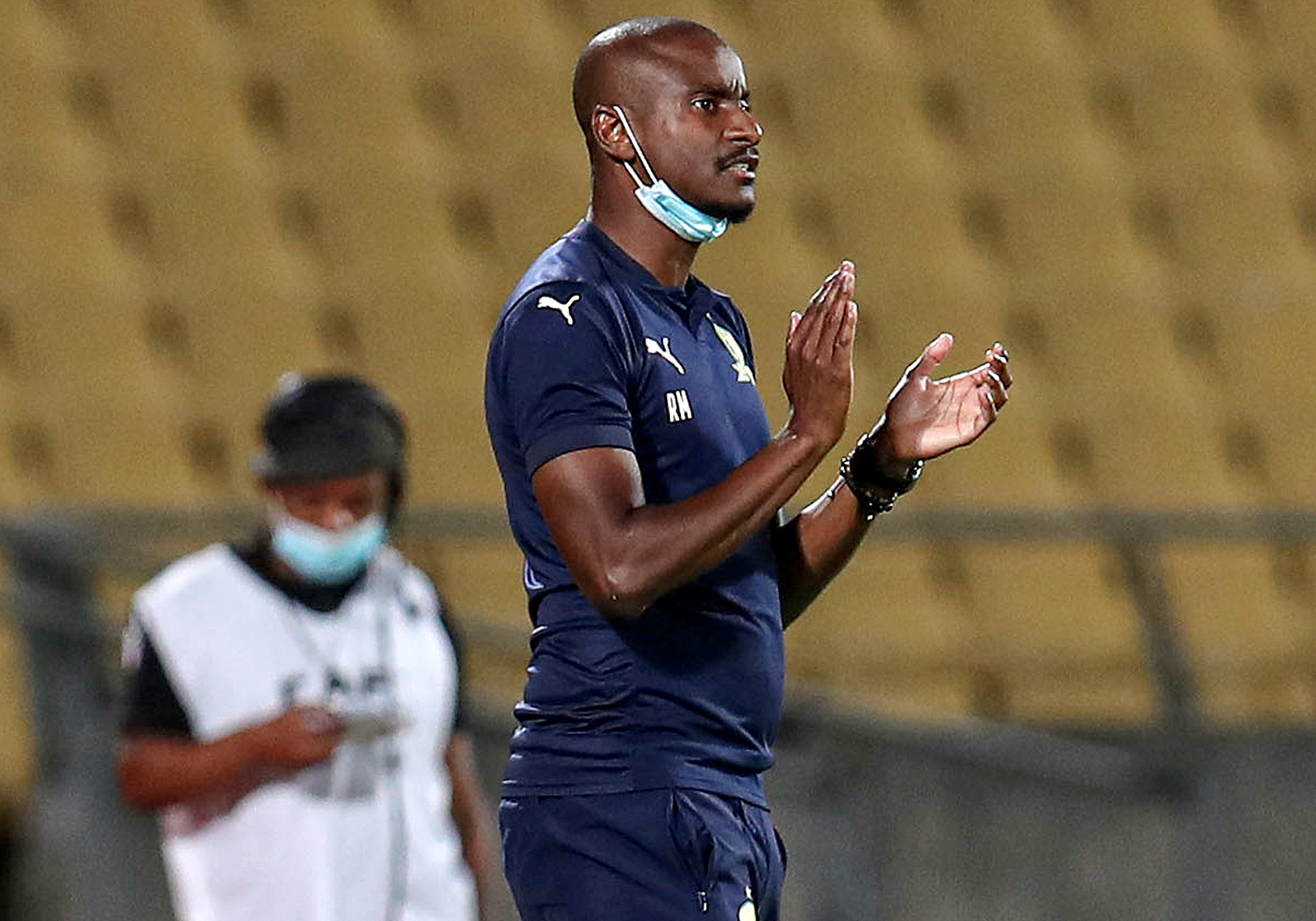 Mamelodi Sundowns were stunned by Petro de Luanda as they suffered a 2 – 1 defeat in their opening Champions League quarter final.

Masandawana started the game well with less than 10 minutes on the clock, Lyle Lakay scored his second goal in the competition and put his side on the front foot. The game was turned on its head when Petro responded with two stunning goals going into the first half break leading the encounter. Downs Co-Coach Rulani Mokwena gave an analysis of the action packed battle at a press briefing after the match:

“Congratulations to the opposition, I think they were clearly the better team in the first half, Petro put us in, particularly after a very good start from us where we scored from exactly what we had prepared. But after we started very well, they grew into the game and took advantage of playing at home, the quick equalizer after we scored galvanized the supporters and you could feel the energy gave them a bit of a boost and although we suffered a little bit for 30 minutes after that, we really didn’t look like we would concede, so we are very disappointed that we conceded a second goal just before half time.”

“But like we said at half time to the players, we had done the most difficult part which was to score an away goal and the most important thing was to try to win the second half, which we thought we played a lot better in the second half and we were a little bit unfortunate with the goal – the equalizer from the VAR but we are okay to go to Johannesburg with a 2 – 1 scoreline. We take the away goal and we can definitely score and I think Petro also knows that there’s a goal in Pretoria.”

Coach Rulani also insisted that they were a better team in the second half and cannot be complacent in the return leg after their shocking defeat away from home.

“Unfortunately we lost today, but we lost the right match, a match that gives us many lessons. It reminds us that we are not invincible, but in a very humble way we accept the lesson and we move on. And now it’s to recover the team, bring the body back and get back to South Africa safe, watch the game over again, do the corrections and prepare for the second leg, but we will be in the semi-final.”

Mamelodi Sundowns will host Petro de Luanda on Saturday, 23 April, for the second leg of the quarter-final at the FNB Stadium in Johannesburg.