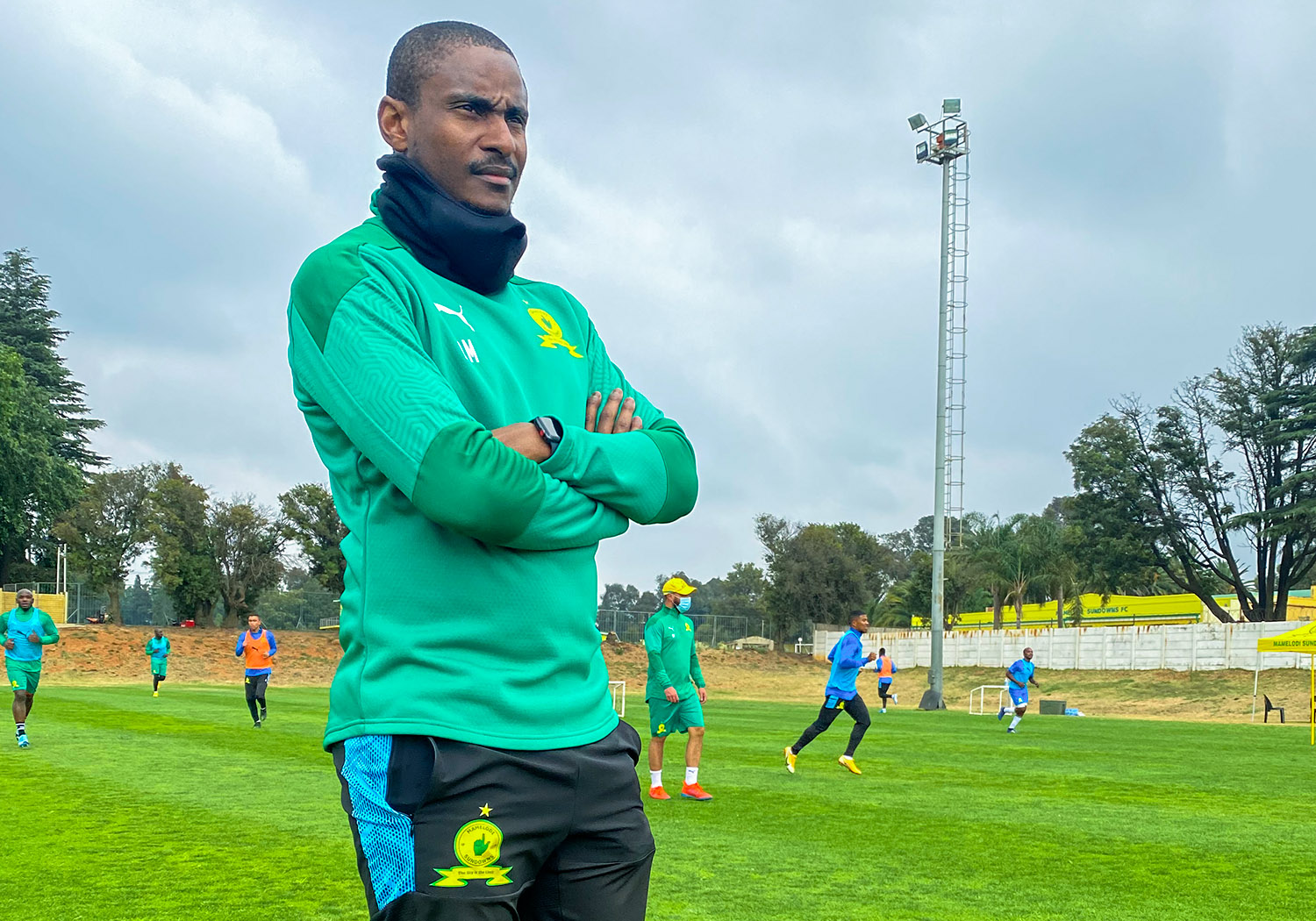 Mamelodi Sundowns returned to the top of the DStv Premiership and lead the way amidst the chase of the 2020/2021 championship title after a victorious weekend away in a clash against the Soweto giants Orlando Pirates. In the upcoming chase for maximum points, it is an encounter with the well-charged Maritzburg United, in the last clash between the two sides in December 2020, the two teams shared points as the game ended in a 1-1 draw at the Pietermaritzburg Stadium.

Coach Rulani Mokwena gives an outline of the game and says that he is well aware of the aggressive style of play that his contenders rely on to score goals.

Rulani dug deeper as he unpacked the key patterns of their opponents and gave a full analysis on what The Brazilians will be expecting on Wednesday evening against the tactically well balanced Maritzburg: “[They are a] tactically well coached side, with very good patterns of play and some of the data suggest that it is going to be a very difficult game for us and we know that because they have very good transition.”

Even though Downs are back to winning ways and topping the premiership table, the technical team believe the team still have more to offer, and they will be looking to improve upon the objectives of the team by winning the upcoming clash at the Loftus Versfeld stadium.

“The scenario is very clear, we work just on our cycles. We work based on five game blocks and in this block we are extremely unhappy about the number of points we’ve picked up and we go into the last game of this block knowing that we’ve got to improve this cycle of games and pick up more points so that we get closer to the possibilities of achieving the target that we set for ourselves.” Rulani pointed out.

Mamelodi Sundowns take on Maritzburg on Wednesday afternoon at Loftus Versfeld Stadium, the game will kick off at 15:00 and will be broadcast on SuperSport PSL channel 202.