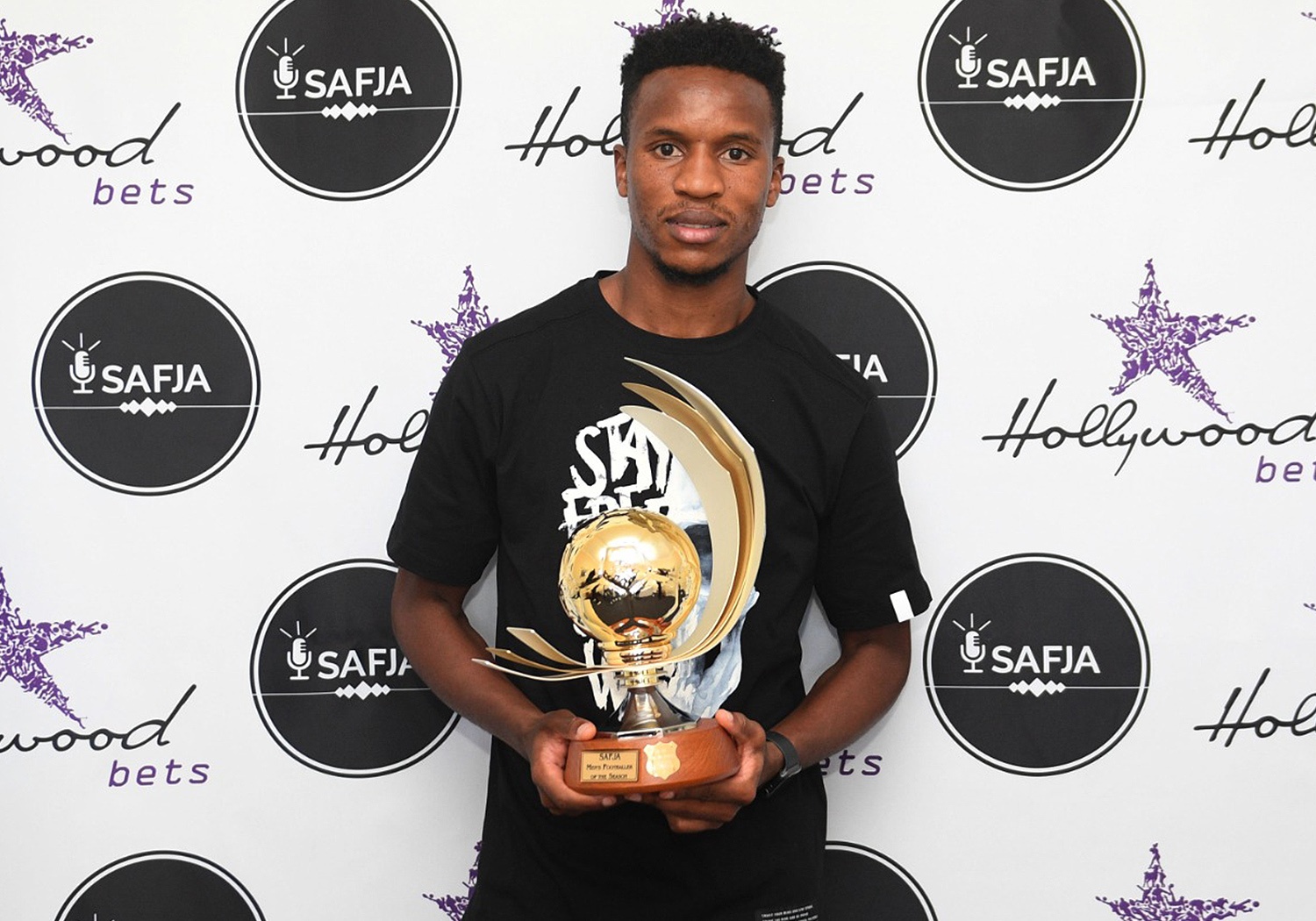 Themba Zwane has been named the inaugural South African Football Journalist Association Footballer of the Season. Zwane beat his teammates Hlompho Kekana and Peter Shalulile to the award.

“Mshishi” has been in great form in the past season, he played an instrumental role in the treble-winning side by contributing fifteen goals and nine assists in forty-two games.

Speaking at the SAFJA award ceremony Zwane said, “I believe that this was my best season. I scored more goals, created more goals and was involved in most attacking play. I think that I am a better Mshishi than I was last season. Thanks to everyone involved in this award, I am honoured to be named the winner of the first one.”

The winner was voted for by the members of the 108-personnel strong SAFJA. Zwane’s coronation as the king of South African football for the 2019-20 season by the association comes a month after Rhoda Mulaudzi was crowned by SAFJA as the queen of SA football following her exploits in the colours of Mamelodi Sundowns Ladies. Zwane received 59% of the votes, confirming his contribution as the heartbeat of the Sundowns’ team that won a domestic treble.