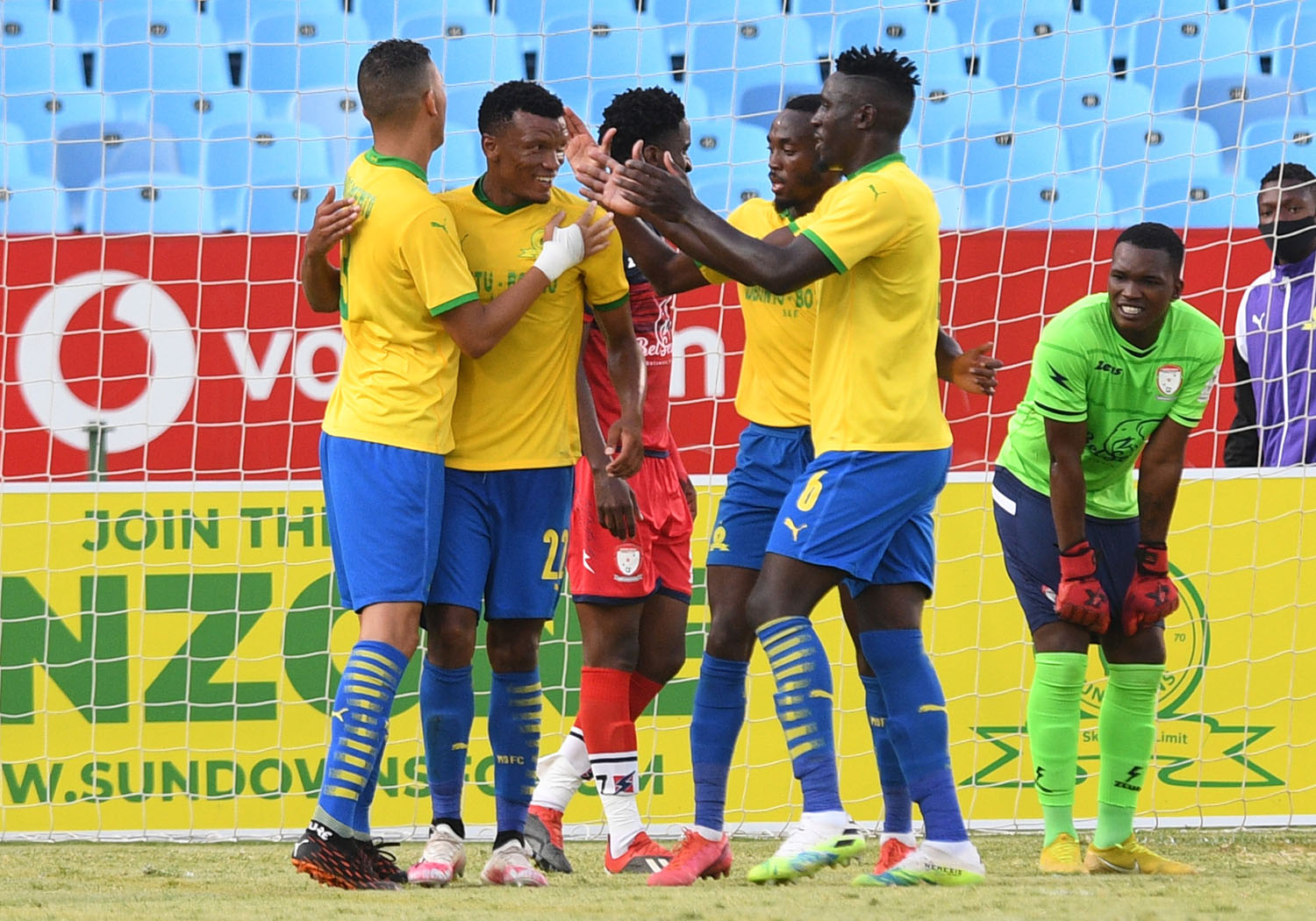 Mamelodi Sundowns had their hands full during the 2020/21 campaign. In the first part of our season review, we followed the action during the off-season as The Brazilians made a number of key signings to bolster the squad before embarking on the task that was the new season.

After overcoming the initial stumbling block of being knocked out of the MTN8, Masandawana got off to a flying start in the league and as December began the team found themselves top of the log, having yet to lose a game along with newcomers Swallows FC and Orlando Pirates, who were leading the chasing pack.

Another successful weekend of football, onto the next one!👆

The first three games of December consisted of two away trips to Kwa-Zulu Natal, with tough draws against Maritzburg United and Golden Arrows FC, as well as a home win against promoted side TS Galaxy. The teams completed the first eight games of the season unbeaten, securing an impressive run of form which saw them crowned as Q-innovation Q1 winners .

A strong start to the season has seen The Brazilians crowned as #DStvPrem Q-Innovation Quarter One (Q1) winners! 👏👆#Sundowns pic.twitter.com/GFsOovkIQ8

With the year drawing to a close, Downs had one final task before the Christmas break as they embarked on their quest for the second star, participating in the 25th edition of Africa’s biggest continental competition, the CAF Champions League. The Brazilians entered the competition in the 2nd preliminary round, after receiving a bye in the first round due to the virtue of being league champions. The first foray into the continent was a trip to neighbouring Botswana to take on fellow league champions Jwaneng Galaxy FC. Eager to make a statement in the opening game of their campaign, Abafana baStyle scored the all-important away goals in Gaborone, with Mothobi Mvala and Peter Shalulile opening their Champions League scoring accounts.

Also during December, The Brazilian’s senior team welcomed two rookies from the Academy team in Siphesihle Mkhize and Musawenkosi Mdhluli with both signing five-year contracts with Mamelodi Sundowns following their impressive performances in the reserve leagues.
“Mamelodi Sundowns are proud to announce the promotion of Siphesihle Mkhize and Musawenkosi Mdhluli to the senior squad from the academy with both players putting pen to paper for 5 years.”

“Both players are twenty-one years old and have been making their strides in the Mamelodi Sundowns Academy. They have been promoted to bolster the midfield, as Mkhize is a defensive midfielder whilst Mdhluli is an attacking option for the technical team.” a statement form the club read.

Mkhize, also known as “Busquets” made his debut during Masandawana’s CAF Champions League campaign against Jwaneng Galaxy in the group stages to replace Bangaly Soumahoro in the last ten minutes of the encounter.

The undoubted jewel in the crown in December was the celebration of the club’s 50th anniversary at the Sandton Convention Centre. An incredible gala evening was put on to showcase and reflect on the rich and illustrious history of the club with both local and international delegates, footballers and musicians all in attendance to celebrate the special occasion. In addition to the celebrations, the winners of the Sing With Sundowns competition were crowned.