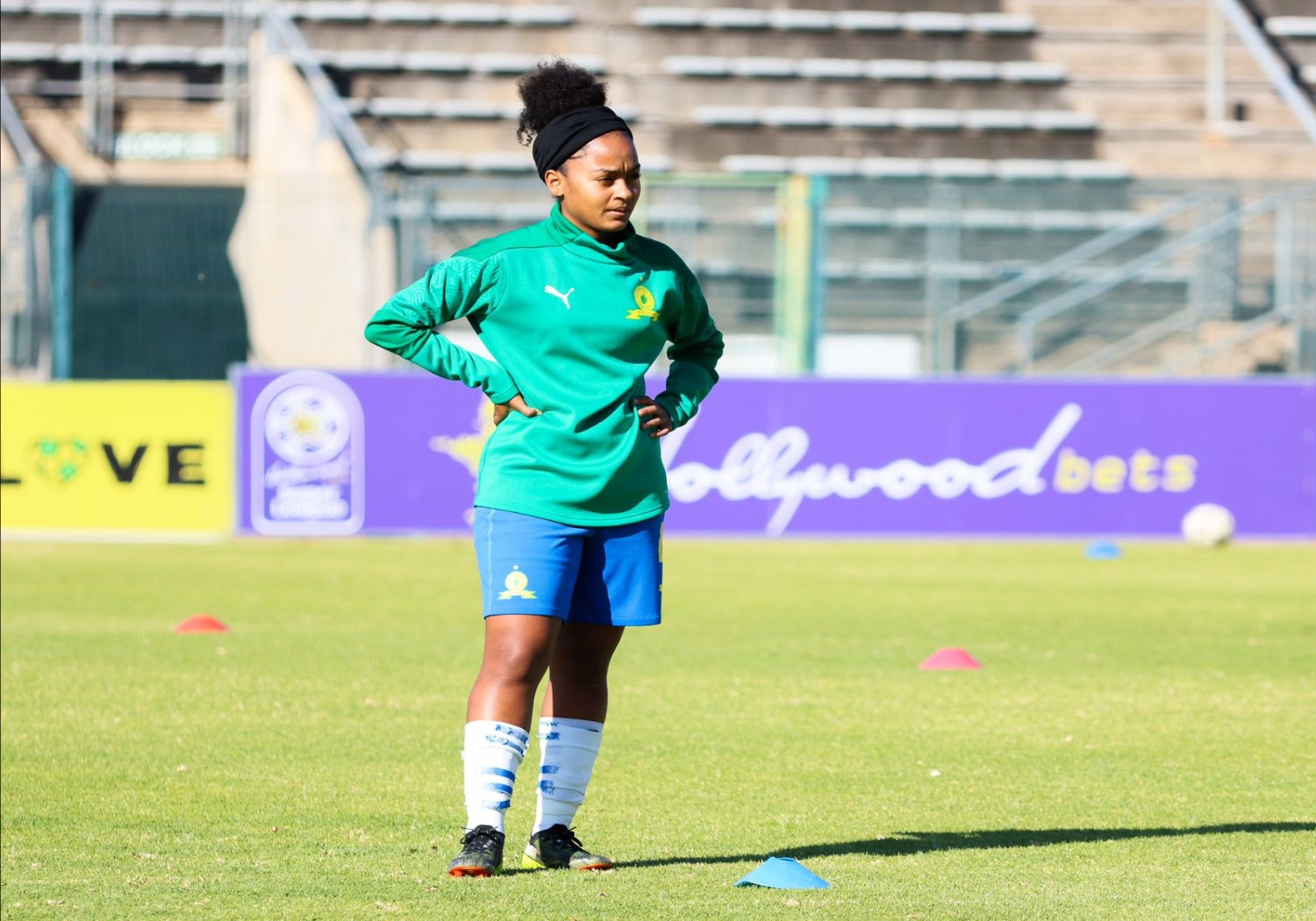 Mamelodi Sundowns Ladies campaign in the Hollywoodbets Super League continues this afternoon against Coal City Wizards in Witbank. The Brazilian’s are looking to get back to winning ways after a draw two weeks ago and a late cancellation of their encounter last weekend due to medical concerns.

Thalea Smidt, one of Masandawana’s latest signings says that the key to winning the encounter against the hosts will be to maintain a positive spirit and sticking to what they have been taught to do during their training sessions: “We are definitely going into the encounter with the mentality of winning it, which we go into every encounter with. We know that we can expect a team that will come at us with a lot of energy, a lot of determination and confidence, however we are well prepared. We will keep the ball, we’ll do everything that we’ve practised from our training sessions, which is to be confident and not rush. I think this is how we will be able to break them down.”

The Brazilian’s start to the new season has been remarkable and the team have undoubtedly been showing their quality with some of their performances in the league as they look to defend their Championship status. In the last five league games played, four wins and a draw have been recorded by the Chloorkop-based team.

Thalea, Masandawana’s playmaker, says that even though the team has had a positive start to the season, none of their opponents have been easy to collect maximum points from “It’s been a great start to the season, we haven’t dropped points so far. There has been no easy opponent this season, everyone that comes to play against Sundowns we know that we have to expect each and every team to give their all and more. It’s very difficult to think that you know teams because whenever we face our opponents, it’s always a different challenge, a different team opposed to when they play against other teams.”

Downs are known for scoring in every encounter that they play in, leaving their opponents in awe of their brilliance:c“Maybe they will sit back because they know we are a goal-scoring team, we want to score goals and we are a ball-playing team. They will try and absorb us by sitting back but they will not be able to do this for ninety minutes.”

Thalea added and said “It won’t be an easy game because we’re going to their home ground but we’re going there looking for three points and nothing less, I am definitely looking forward to an exciting game, a team that is going to come at us a hundred percent.”

“I am motivated by the winning mentality of the team, the technical team’s determination, the confidence of each and every player.” said the midfielder confidently about her new team.

The Ladies travel to Witbank this afternoon to take on Coal City Wizards at the PUMA Stadium. The game will kick-off at 15:00.