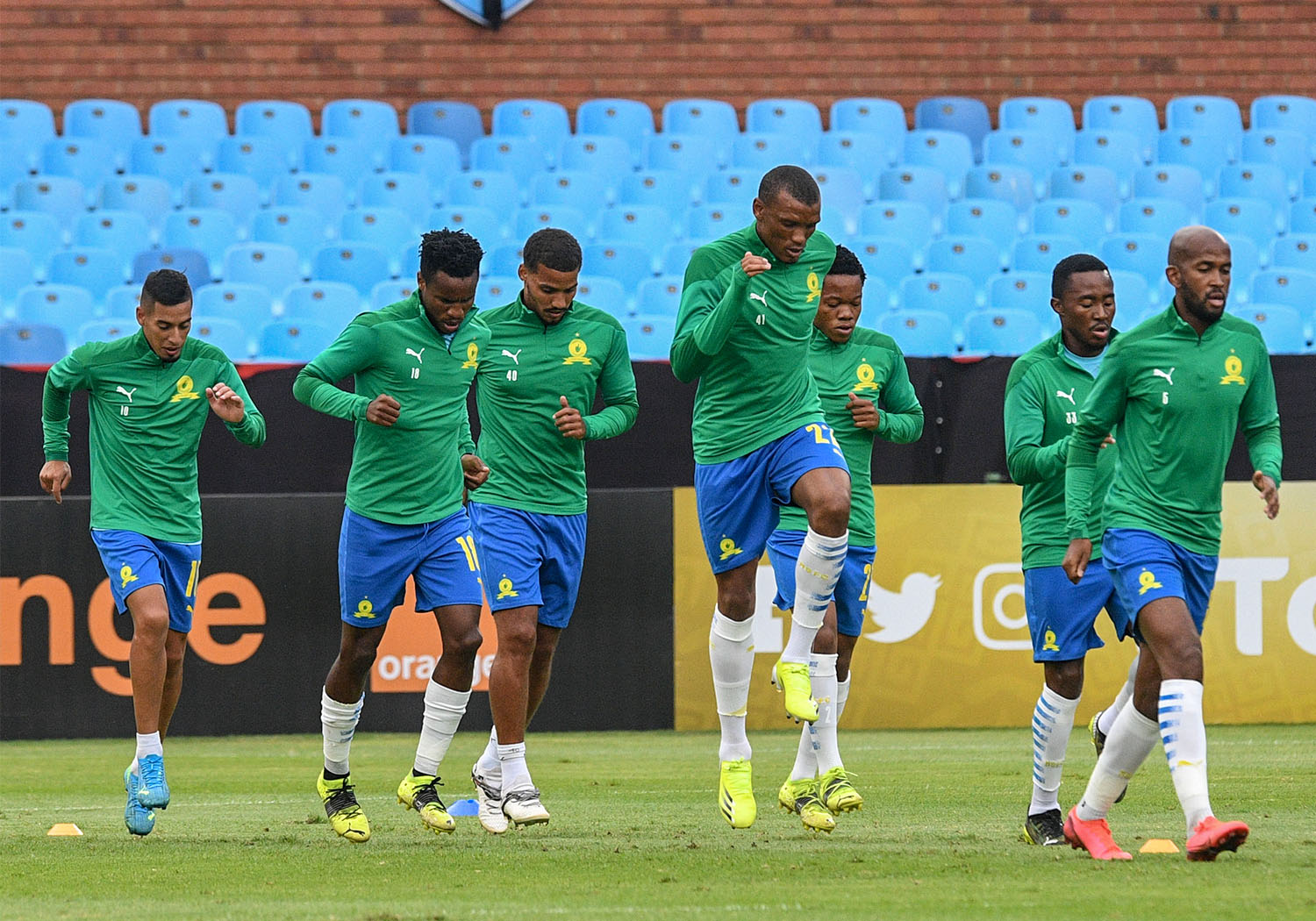 Mamelodi Sundowns started their CAF Champions League campaign in the best way possible as they defeated Al Hilal Omdurman of Sudan by two goals to nil courtesy of strikes by Mosa Lebusa and Kermit Erasmus. After having to contend with a last-minute fixture cancellation, The Brazilians attention now switches to the rescheduled second game of the group stages as Masandawana prepare to lock horns with CR Belouizdad of Algeria. ‘Les Blancs et Rouges’ as they are known, played a draw in their opening game against TP Mazembe.

The game will be taking place in Dar es Salaam, Tanzania, a neutral venue that was chosen by CAF. The decision came after the game had to be postponed due to the Algerian FA denying Masandawana entry due to further medical restrictions in Algeria. The game will be played at Benjamin Mkapa Stadium which is situated in Dar Es Salaam which is 3464 km away. The great news is that 50% of supporters will be allowed at the stadium to watch and cheer on the players.

This will be the first time the two sides have met in a form of competition.

– Who are Les Blancs et Rouges?

Chabab Riadhi de Belouizdad was founded on the 15 of July 1962, this was just after Algeria got their independence. They have won the Algerian Championship title on seven occasions with the 2019/20 title being their most recent one. They are also eight-time Algerian Cup winners. The furthest they have been in continental football was in 1996 in the African Winners Cup, they lost in the semi-finals and on the journey to the last four they played Pretoria City (Now SuperSport United)

They are currently occupying position seven in their domestic league after ten league games. No defeat has been registered in the league and they have been scoring goals regularly. The last time they recorded a loss was a year ago on the 22nd of February 2020 when they lost to US Biskra by a goal to nil. They went on to win the league after twenty-one games played after the league was canned and by the virtue of being on top they were awarded the Championship.

Franck Dumas who is 53-years old is the coach of the side, the french-born is a former player who has turned out for some great sides like AS Monaco and Newcastle United. He has been coaching in the continent since 2014 but has been in charge of Le Grand Chabab since January 2020.

Hamza Belahouel is the dangerman for the North African side, he has played eight games in all competitions and has netted six goals with coming from the CAF Champions League. He is twenty-seven years old and stands at 1.87 meters tall.

Another player to look out for is 30-year old attacking midfielder Amir Sayoud. He is one of the most experienced players on the side as he is a well-travelled man who has donned the jersey’s of Al Ahly in Egypt, CS Sfaxien in Tunisia and has played for Algeria’s junior national teams.