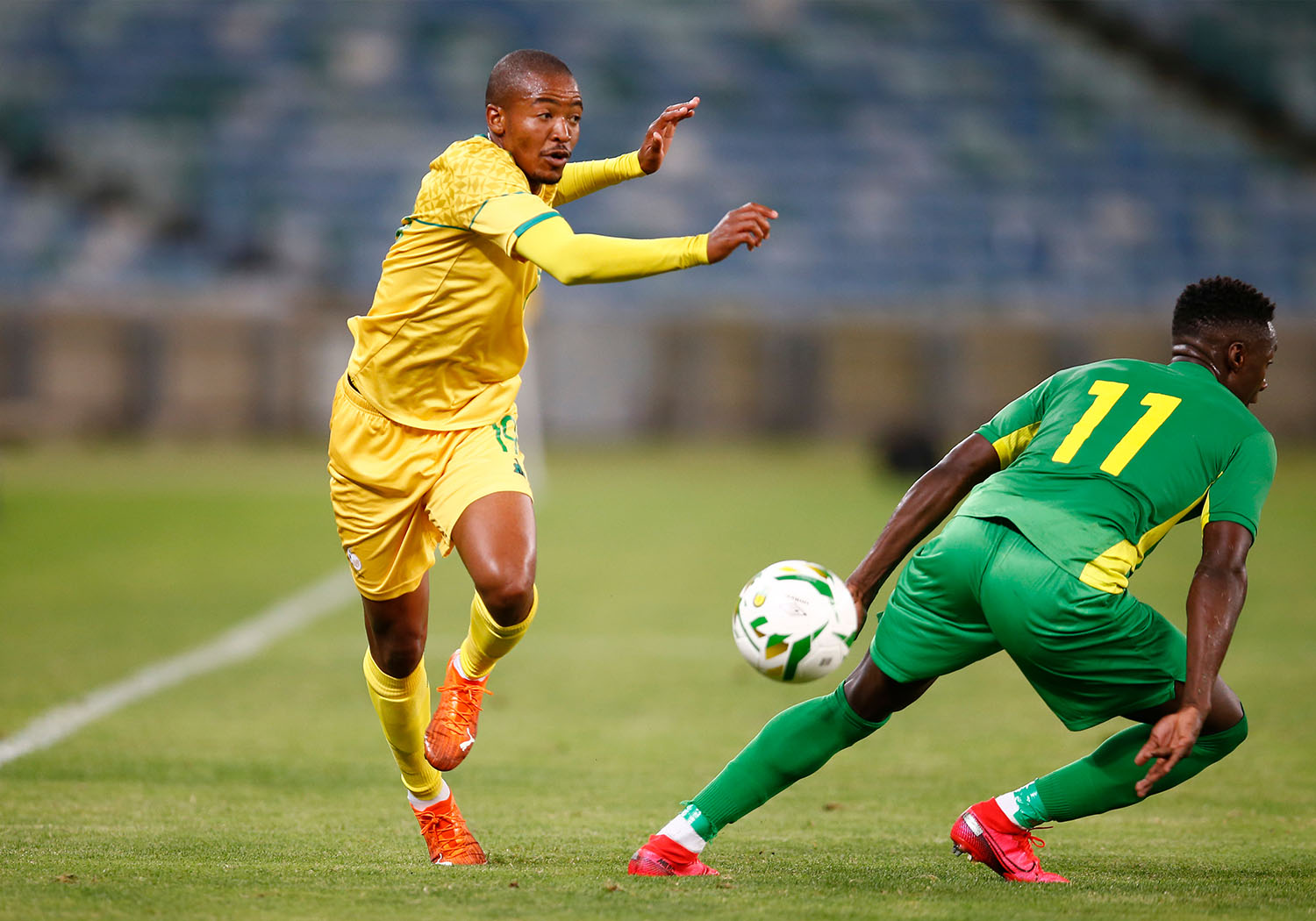 A number of Mamelodi Sundowns stars will be on duty during the International break for their respective nations as the qualification for the next FIFA World Cup begins.

Rushine De Reuck, Thapelo Morena, Nyiko Mobbie and Mothobi Mvala have been named in the South African National Team for the World Cup qualifiers that kick off on Friday.

The Brazilians are among the 23 players called up by Coach Hugo Broos as Bafana Bafana start their qualifying campaign for next year’s tournament in Qatar. The national squad will play against Zimbabwe on Friday in their first Group G encounter followed by a battle against Ghana the following Monday.

Namibian Forward Peter Shalulile has retained his place in Bobby Samaria’s selection with the team drawn in a tricky group H with African giants, Senegal, Togo and Congo. Namibia will be in action against Congo on Wednesday evening in South Africa before taking on Togo on Sunday afternoon.

Meanwhile Masandawana’s new signing Divine Lunga will come face-to-face with his teammates on Friday, 3 September in his home country as Bafana Bafana’s first opponents in the first match of the 2022 World Cup qualifiers. Zimbabwe’s second group game will take place on Tuesday against Ethiopia.

Good luck to all of our Masandawana stars in action!