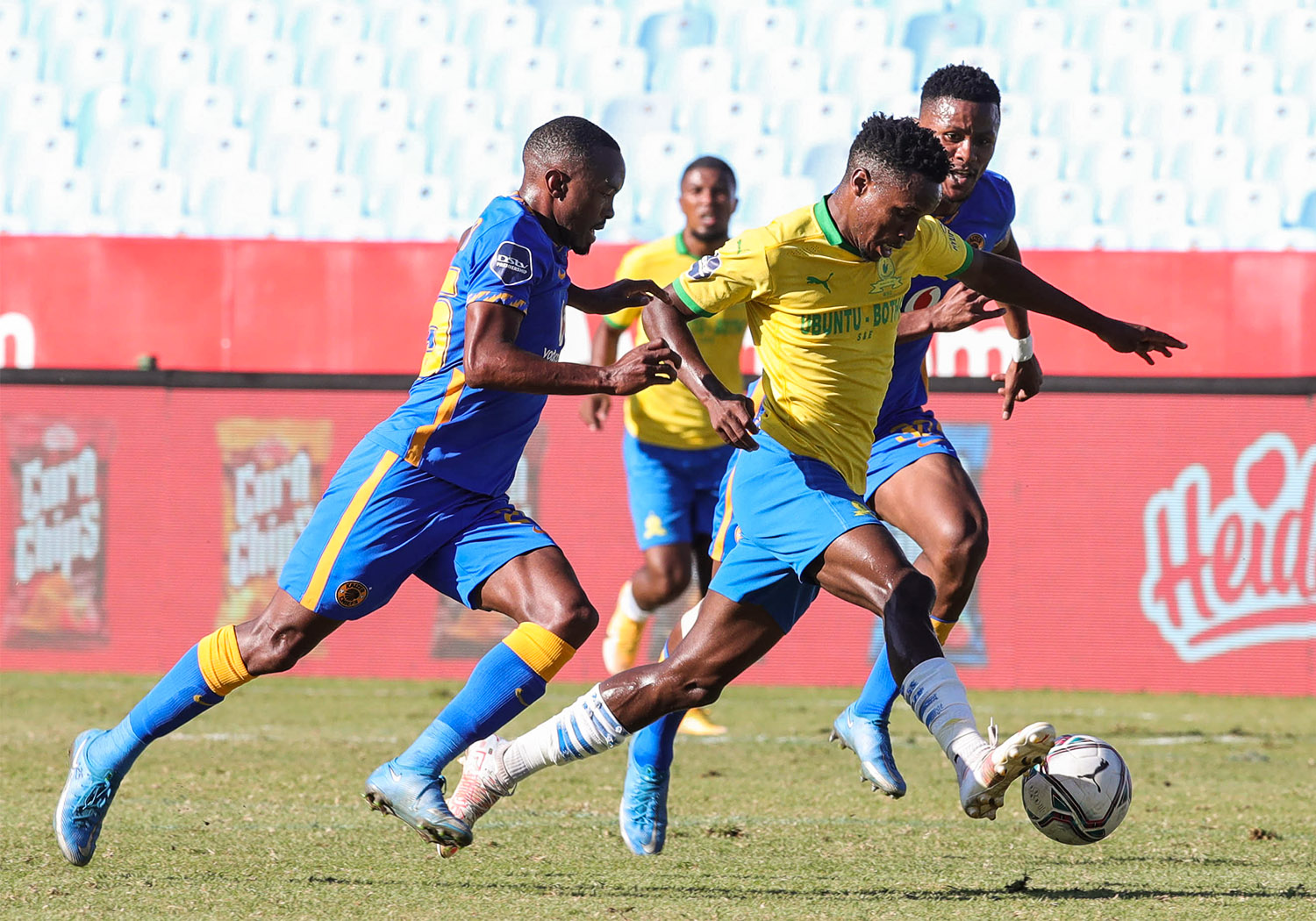 The record-breaking unbeaten start in the league for Mamelodi Sundowns came to an end on Sunday afternoon after The Brazilians suffered defeat at the hands of Kaizer Chiefs at Loftus Versfeld.

Masandawana came into the game on the back of the midweek draw against AmaZulu and saw three changes made to the starting Xi, with Gift Motupa, Andile Jali and Brian Onyango replacing Peter Shalulile, Sphelele Mkhulise and Rushine De Reuck.

The Game started positively for Bafana Ba Style with Gaston Sirino striking from distance in the opening three minutes with a shot that narrowly missed the post. Maboe was the next to come closest with a volleyed effort from the edge of the box which just went over the bar. The opening thirty minutes were closely-contested with Sundowns trying to find a way through the low block. Denis Onyango was called into action for the first time in the first half in the thirty-second minute as he save an effort from Philani Zulu.

The Brazilians managed to break the deadlock with ten minutes to go in the half when Gaston Sirino latched on to a pass from Gift Motupa before rounding Itumeleng Khune to tap home into an empty net. The score remained until half-time as Downs entered the break in the ascendency.

The second half began with Chiefs putting the pressure on the defence of Sundowns and a couple of set-pieces had to be dealt with by the defence. Sirino was in the thick of the action again as he skipped past a couple of defenders before teeing up Lebohang Maboe who was unable to get the shot away to beat Khune.
The turning point of the game came with 18 minutes to go when substitute Samir Nurkovic played in a cross which took an unfortunate deflection to beat the helpless Denis Onyango to give the visitors the equaliser. Two minutes later Dumisani Zuma gave Amakhosi the lead when he latched onto a through ball before beating Onyango. The Brazilians spent the rest of the half chasing the equaliser but could not create the necessary chances Kermit Erasmus came closest with an effort which forced Khune to tip over the bar.
The result leaves Sundowns top of the log with forty-six points from 22 games played. Up next is a home fixture against Golden Arrows midweek.