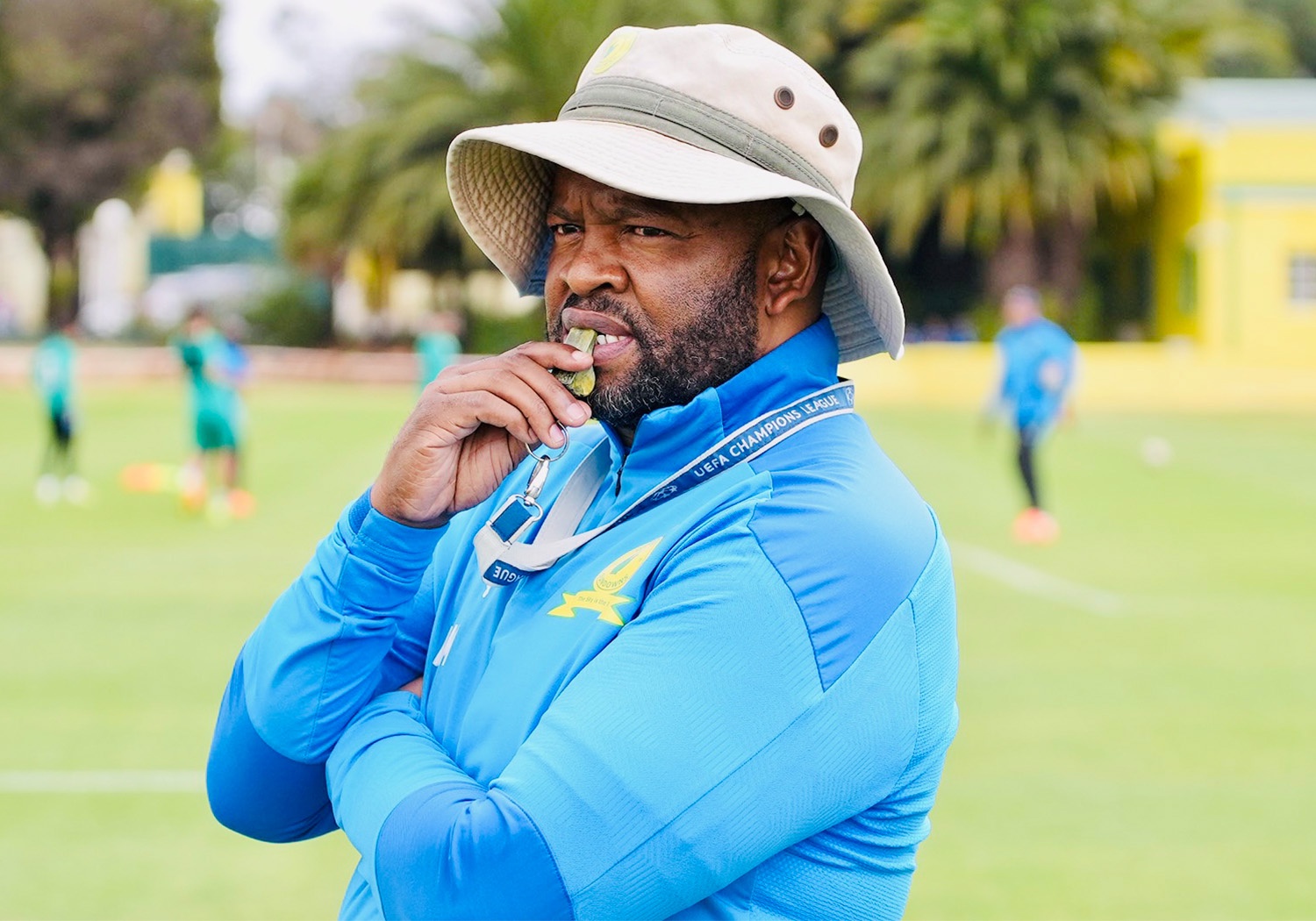 Mamelodi Sundowns’ charge for the league title hit a slight speed bump on Sunday afternoon when they were beaten 2-1 at home by rivals Kaizer Chiefs. The defeat was the first that The Brazilians have tasted in the league this season bring an end to a 21-match unbeaten streak.

Reflecting on the game, Coach Manqoba Mngqithi said: “It was one of those games where I think we could have wrapped the game up earlier but we resorted to a lot of ball possession at times where it was not necessary. In front of the box we were not as critical and not as decisive.” The game was played at a frenetic pace which saw Sundowns take the lead after the half-hour mark thanks to a moment of brilliance produced by Gaston Sirino. Chances were hard to come by for both sides and Chiefs levelled matters with 18 minutes to go when Mosa Lebusa was unfortunate to have the ball deflect off him and beat Denis Onyango in goals. Two minutes later The Glamour Boys struck again as Dumisani Zuma was played through on goal before slotting home to give his team the lead.

Striker Gift Motupa earned his first start of the season for The Brazilians replacing the injured Peter Shalulile and Coach Manqoba was impressed by the performance of the frontman: “I believe Motupa had a very good game, he contributed immensely, even the goal that we scored he was very composed to create that moment. Personally, I believe it’s a very good start for him and it opens up bigger opportunities for him. He had a very good game by our standards based on what we wanted to see from him.”

With eight games to go in the league Masandawana sit top of the table with 47 points, ahead of second place side AmaZulu FC. Up next, a home fixture against Golden Arrows who sit in third place.