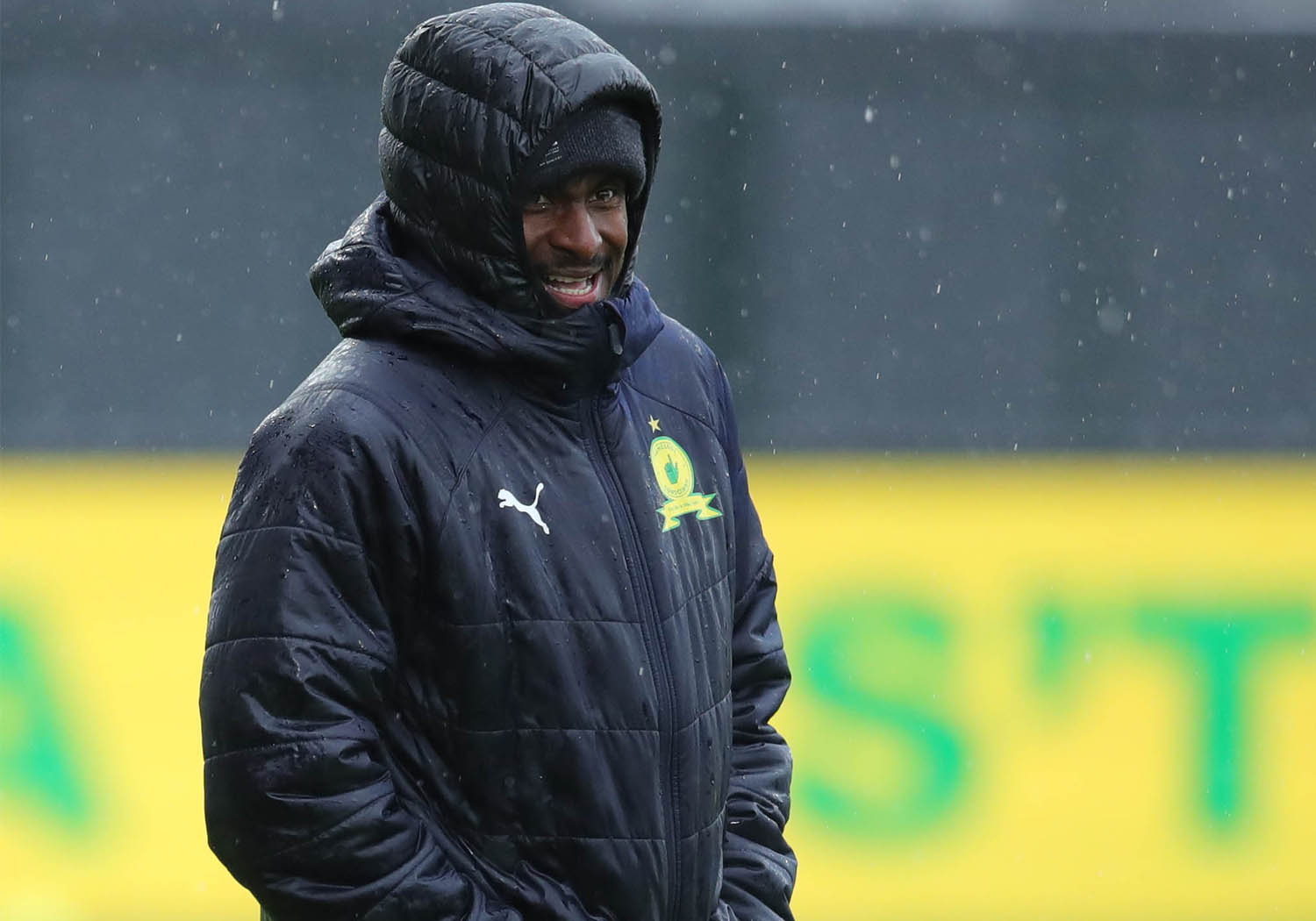 Mamelodi Sundowns acquitted themselves well against Golden Arrows after conceding a goal in the opening minutes of the MTN8 Cup competition semifinals leg 1 of 2 in Durban.

Head coach Rulani Mokwena was pleased with the mentality and spirit his players showed in the encounter on Saturday afternoon, saying that the goal was a setback for his team, however that did not stop them from playing their usual style of football.

“[It was a] good demonstration of the mentality that we possess. It was not easy to start the match and immediately be on the back foot, particularly when we know what challenge lies ahead of us in relation to being a team that’s got a target on its back.” said Coach Rulani.

Downs’ coach continued: “That’s the most important thing, to keep the spirit high and the confidence in a good position even in difficult circumstances when we play against very good oppositions like this afternoon.”

Abafana Be’sthende looked to protect their lead immediately after edging past Downs defense, remaining in their half and forming a formidable defensive structure.

“There are two very difficult things to play against in football. The first one is to reinforce a defensive block, that’s the hardest thing in football. We tried everything [including] wide penetration. We tried having depth to try to pin the centre backs to create a little bit more movement and space between the lines. We tried the wing play to stretch the defensive block and try to create gaps horizontally between full backs and centre backs.” Said Coach Rulani.

Bafana Ba Style Coach Rulani also reflected on the difficulties of playing under extreme weather conditions, saying that his players showed resilience in the gloomy weather:

“Difficult conditions but a spirited fight back, compliments to the players for demonstrating their commitment and desire to see the team move closer to the final. The pitch was not at its best today [and it was] very difficult to play in the rain. The cold was around seven or six  degrees, but of course those are factors that contribute to performance. We are professionals, we are Sundowns, we are strong and we have to get over these things and fight, and that’s what we did today.”

Grant Kekana and Rushine De Reuck caught the eye for Masandawana with a superb performance in defence and The Brazilians Coach was full of praise for their new centre back pairing.

“The partnership of Rushine [De Reuck] and Grant Kekana looks to be growing and improving. In the absence of both Ricardo [Nascimento] and Mosa [Lebusa], Rushine has stabilized very well on the left side of our defensive line and it’s not easy. The reality is that we’ve got so much more to our centre halves than just defending. They have to be involved in the play, they have to try and drive the attack and project the ball into certain areas. They’ve got such a huge role to play as offensive influencers in our build up schemes.” Said The Brazilian Coach.

Thabiso Kutumela made another appearance for Bafana Ba Style in the match, impressing in attack and providing his first assist for his new club. Coach Rulani described his player as a versatile player that can still improve and be a lethal weapon for Downs.

“Kutumela will still improve, he showed some glimpses today of what type of player he is. He’s brave, direct, versatile and extremely multifunctional. He is a player that loves the half space, he loves positioning himself in between the lines and that’s his natural habitat.”

“We have to be a little bit patient with him, give him also a chance to adapt and settle but Kutumela is a top football player.”

Slovakian striker Pavol Safranko played his second match in the MTN8 for Masandawana, scoring his first goal and keeping the club’s hopes of reaching the finals alive. Downs Coach is confident that with more time given to their striker, more combinations in attack will form.

“Pavol needs a little bit of time to adapt to our way of playing, our schemes and the patterns. I think with the goal that he scored today coming on as a sub, he showed hunger and desire”, praised coach Rulani.

“His attitude has always been proper. We believe in him, we know that he’s a top striker, we know he has very good attributes that can help us this season but we still advocate for time, he needs time to adjust to our way of playing so that there is a lot more fluidity. We are clear in our mind that he is the right striker to compliment Kermit [Erasmus], Peter [Shalulile], Gift [Motupa] and maybe even [Sibusiso] Vilakazi and Kutumela coming from deeper positions.”

Mamelodi Sundowns will host Golden Arrows at home on 28 September for the second leg of the MTN8 Cup competition.