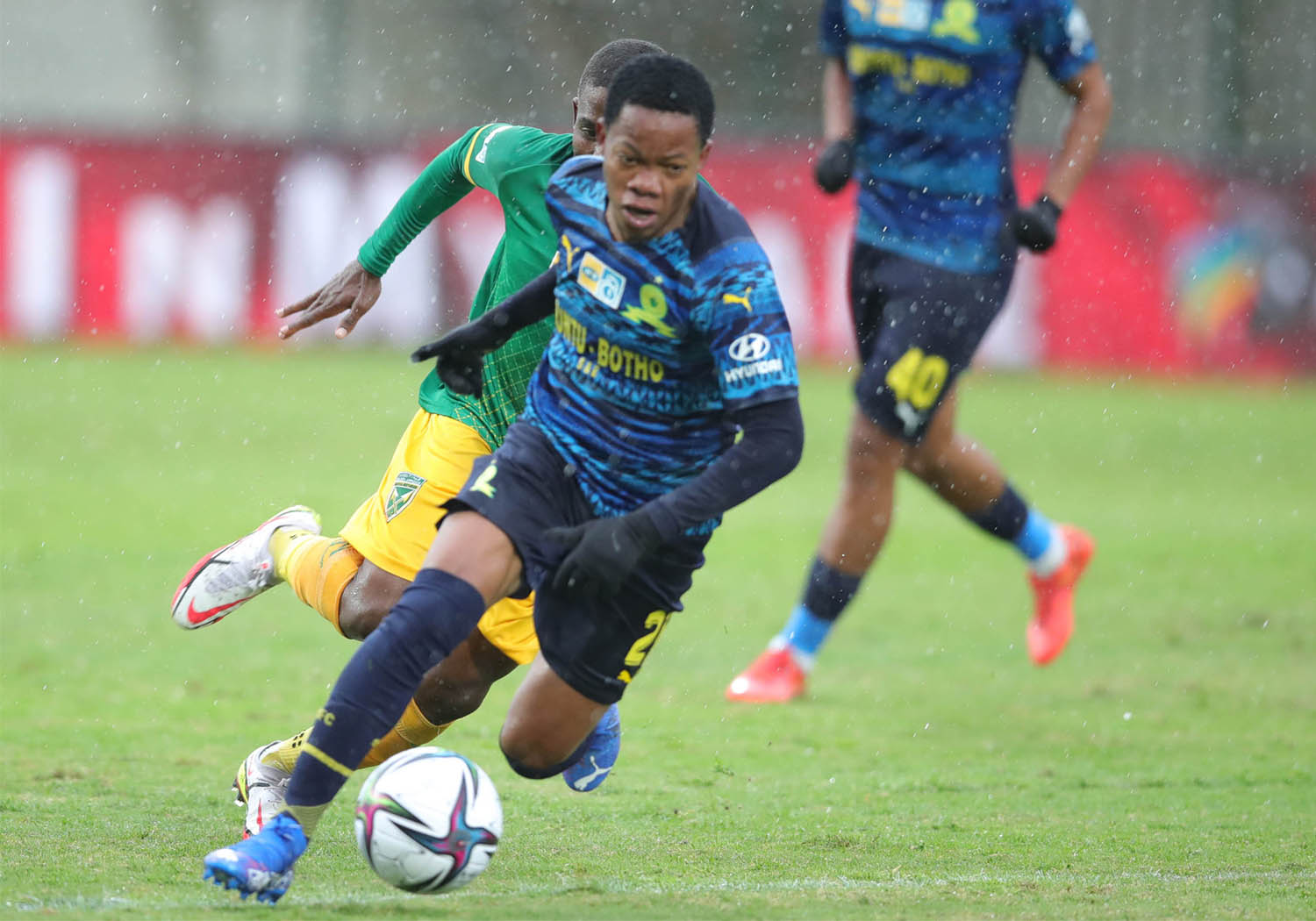 Mamelodi Sundowns showed character and determination to grab a late equaliser against Golden Arrows in a 1-1 draw in the MTN8 Semi-Final first leg.

It was a gloomy day filled with wind and rain in Durban and the hosts started the game as the much brighter of the two teams at the Sugar Ray Xulu Stadium. The home side opened the scoring after just six minutes into the game as Nqobeko Dlamini saw his long range shot go past Downs’ goalkeeper Denis Onyango into the back of the net.

Masandawana had a couple of half chances through Thapelo Morena’s counter attack before he was fouled outside the box. Gaston Sirino’s in-swinging free-kick posed a slight threat towards Golden Arrows Goalkeeper Sifiso Mlungwana.

The Brazilian’s had their first attempt at goal after Lyle Lakay’s free kick went straight at the goalkeeper with a follow up from Rivaldo Coetzee. It was a really encouraging performance from Downs who reacted well to their opponents early goal and with seven minutes left to play in the first half, S’phelele Mkhuluse tried his luck but his effort was millimeters wide of Mlungwana’s goalposts.

Into the second half and Masandawana picked up where they left off in the first half as a cross was delivered into the box by Sirino meeting Rivaldo Coetzee’s head, however the effort was saved by the alert Arrows goalkeeper.

Bafana Ba Style started to come back into the game after the early setback as Lakay delivered another powerful free-kick into the box forcing the goalie to clear the danger with a punch.

Just before the hour mark Bafana Ba Style made their first substitution, Namibian striker Peter Shalulile made his way off the pitch for Aubrey Modiba who made an immediate impact in Downs attack and tested the resilient Arrows goalie with a shot in the penalty area.

Masandawana continued to push on the second half as they continued to breach the defense of their opponents who were beginning to sit back in an attempt to defend their lead.

A change followed towards the last quarter of the second half, three players including Thabiso Kutumela and Pavol Safranko made their way onto the battlefield to help their team stay in the competition. Kutumela proved to be a handful for the Arrows defenders, making multiple attempts to get past the compact defence. Kutumela’s resilient attacking tactics combined well with Pavol Safranko who was well positioned in the box to equalized for the visitors and score his first goal for Sundowns.

Bafana Ba style applied a bit of late pressure with goal scoring opportunities occuring in the last minutes of the encounter but in the end, the game finished in a 1-1 draw. Both teams will meet again in the return leg of the competition next month.

Mamelodi Sundowns next game is against Kaizer Chiefs in the DStv Premiership, 12 September 2021