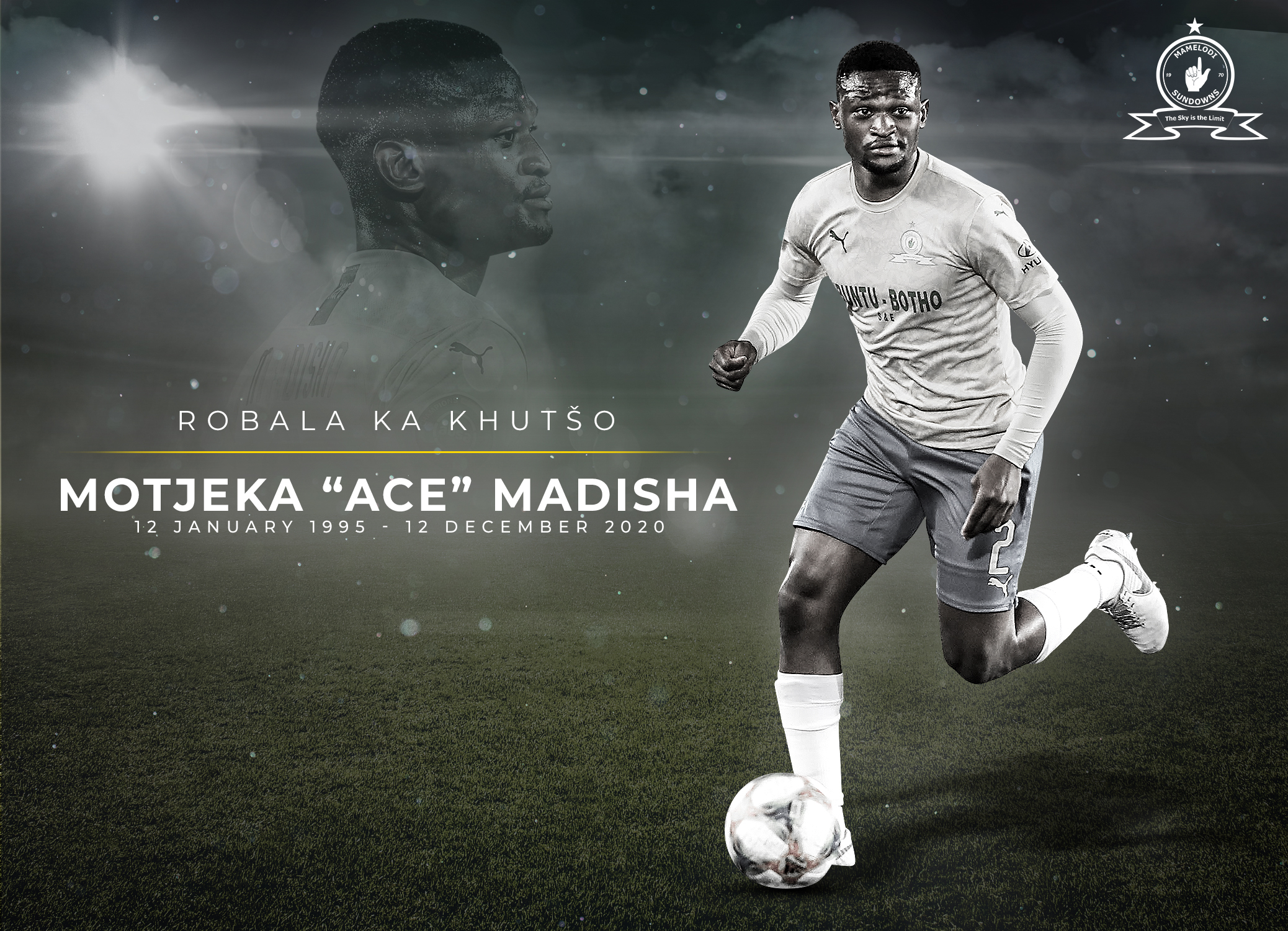 Mamelodi Sundowns is saddened to confirm that the person who passed away in a car crash, on 12 December 2020, is indeed Motjeka “Ace” Madisha. The confirmation comes nearly fifty days after the passing of the player and due to the nature of the death as a result of the horrifying car crash, all processes had to be followed to confirm the identity of the dearly departed.

The unfortunate accident that took place on the Zuurfontein Road near Chloorkop, also claimed the life of Madisha’schildhood friend, Thabang Martin Kakase.

The distraught family of the late defender met with the pathologists a few days after the accident to confirm the identity of the driver through DNA tests and after the anticipated delay which requires due diligence it was regrettably confirmed on Thursday that the deceased is a member of the Madisha Family.

Madisha was promoted from the Mamelodi Sundowns Youth Academy and made his debut for the club on 14 September 2016, helping Sundowns keep a clean sheet in a goalless draw against Maritzburg United at the Harry Gwala Stadium.

Ace, as he was affectionately known, last played in Sundowns’ 3-0 DStv Premiership win over Stellenbosch FC, his 99th domestic match and was set to make his 100th domestic appearance for the club in Masandawana’s next DStv Premiership fixture against Maritzburg United but was not available for selection .

The Bafana Bafana International represented South Africa through all the junior age group levels and played for the senior national team 7 times, scoring one goal, in the 3-0 victory over Botswana in the 2018 COSAFA Cup.

Saturday the 6th of February 2021, is a date that has been set for the funeral of the late star and it will be held in Zebediela (Limpopo). Due to the lock down regulations, only a few people will be allowed to attend the funeral.