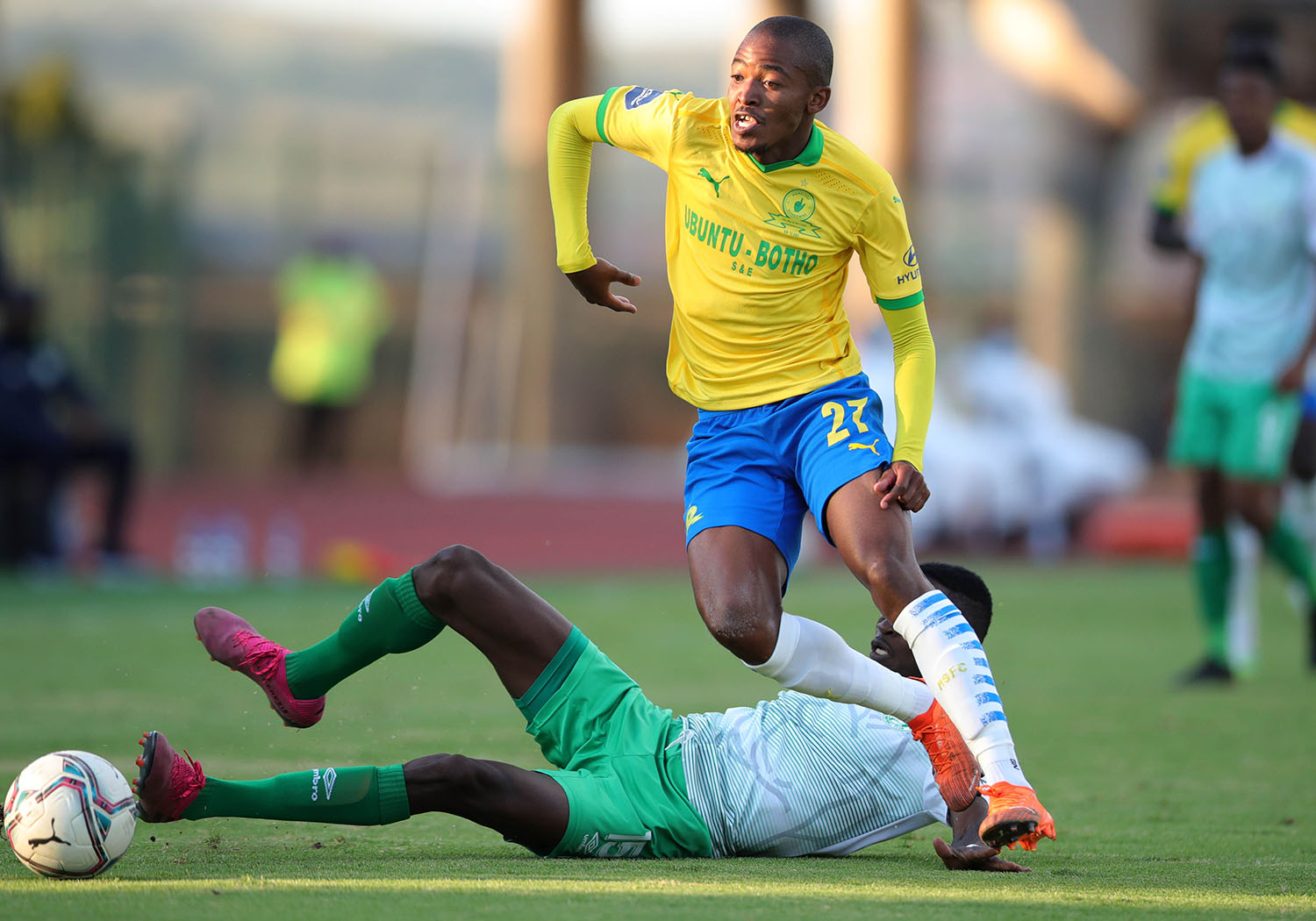 Mamelodi Sundowns took on Bloemfontein Celtic in matchday twelve, a day after Masandawana were crowned winners of the first Q-Innovation of the 2020/21 season of the DStv Premiership. The Brazilians went to the game with an unbeaten streak after eleven games. One change was made in the starting lineup from the team that played in the Tshwane derby, Kermit Erasmus claimed a spot in the starting lineup replacing Gaston Sirino.

From the start of the game, the intention was clear from the Brazilians a goal to settle and take control of the game.  Tebogo Langerman played a cross come shot which troubled the visitor’s keeper but the ball only sailed past the goal post without harming Phunya Sele Sele. Bloemfontein Celtic also showed that they are not going to give up without a fight but the resilient defence of Masandawana stood still. Mothobi Mvala had a perfect opportunity to score the opener when he met a Themba Zwane cross but his header went wide with just an inch.

Siphelele Luthuli pounced on a ball and beat Denis Onyango and took a shot that was cleared by Tebogo Langerman. The first half ended with the score 0-0.

The second half started off at the same pace it ended in the first stanza and Erasmus did all but score as his well-struck shot could only rattle the crossbar.  Motebang Sera had an acrobatic attempt but Onyango was alert to parry the ball over the bar for a corner. Romeo had another chance to take the lead for Masandawana but substitute keeper Chaine was alert to save the shot. In the closing minutes of the game, the Siwelele Keeper was busy as he had to save attempts made by Lesedi Kapinga and Erasmus respectively. With two minutes left on the clock, Peter Shalulile had a chance to put the ball in the back of the net but he could not get it on target after a cross from Sirino. A point was salvaged by Bafana Ba Style and their unbeaten streak continues.