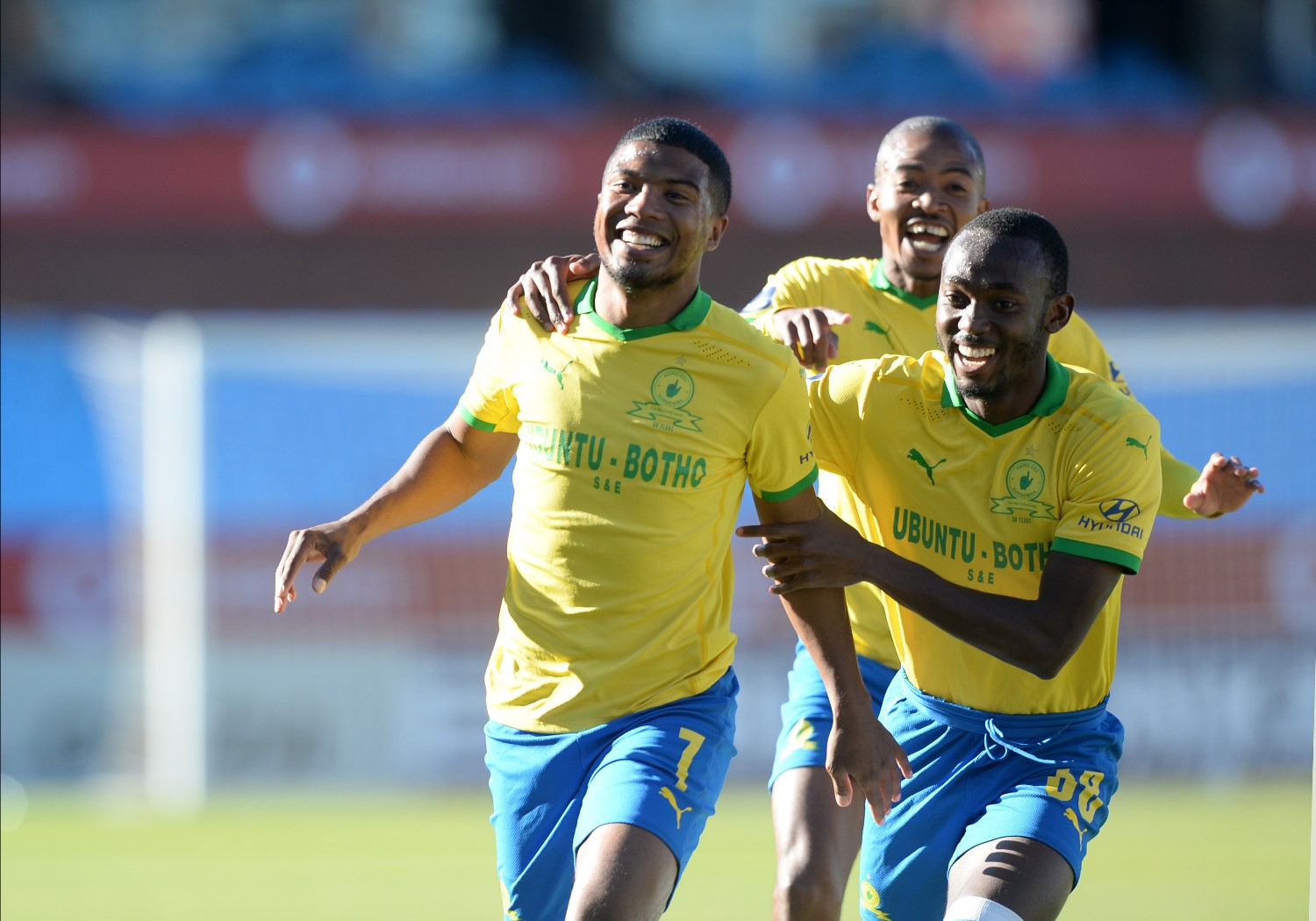 Mamelodi Sundowns ended the 2020/21 in style as they vanquished Cape Town City 3-0 at Loftus Versfeld on Saturday afternoon. After claiming the championship two weeks ago, The Brazilians had one more job to complete before they could finally taste the rewards for a season’s worth of work.

The technical team made a few changes to the side that took on Bloemfontein Celtic on Wednesday with Ricardo Nascimento, Thapelo Morena, Sphelele Mkhulise, Lebohang Maboe & Gaston Sirino all making their way into the starting XI.

The game started at a high-tempo as has been typical with all Mamelodi Sundowns games this season, the visitor posed a threat early as they looked to play balls in behind the Masandawana defence. The Brazilians withstood the early pressure and within no time were in the lead after Lyle Lakay bagged yet another goal from a free-kick, leaving Anderson in the CIty goal with no chance.

After scoring the first, Downs began to impose themselves as the home side and began creating chances and they looked for the second. Despite being under pressure, The Citizens created a few moments for themselves, however, Kennedy Mweene was in fine form and made a number of saves to preserve the lead. The jubilant mood on the day took a slight hit as defender Mosa Lebusa was forced off with an injury, being replaced by Brian Onyango. Lakay’s goal was the difference between the two sides as they went into the break.

The second half started in similar fashion to the first and Sundowns were the first to threaten as Lakay had a shot blocked and Brian Onyango went close with a header within two minutes of the restart. Mweene was a man on admission to keep a clean sheet as he made a number of saves throughout the second half. The veteran keeper put on a show for the ages as he winded back the years and reminded everyone why he has been such a key part to Downs success over the years.

Still chasing the golden boot, Peter Shalulile worked tirelessly up front and eventually his efforts were rewarded when he produced a piece of solo magic to beat his defender and slot past Anderson to double the lead. Knowing the top prize was in sight, the striker grabbed the ball and headed towards the halfway line to get the game going again. The Namibian grabbed his second of the day as he latched onto a fine pass from Thapelo Morena and slotted home. Desperate for his hat-trick, Shalulile had one final attempt in added time but could only hit the post as he ended his campaign with a remarkable fifteen goals.

Ultimately, it was a day that belonged to all those who support Mamelodi Sundowns as the team finally got to lift the inaugural DStv Premiership trophy. 2020/21 has been a tough and demanding campaign, however Mamelodi Sundowns are no stranger to a programme such as this and as a result of all their hard work the team gets to celebrate PSL championship number eleven, maintaining their status as the most successful South African football team in the PSL era.