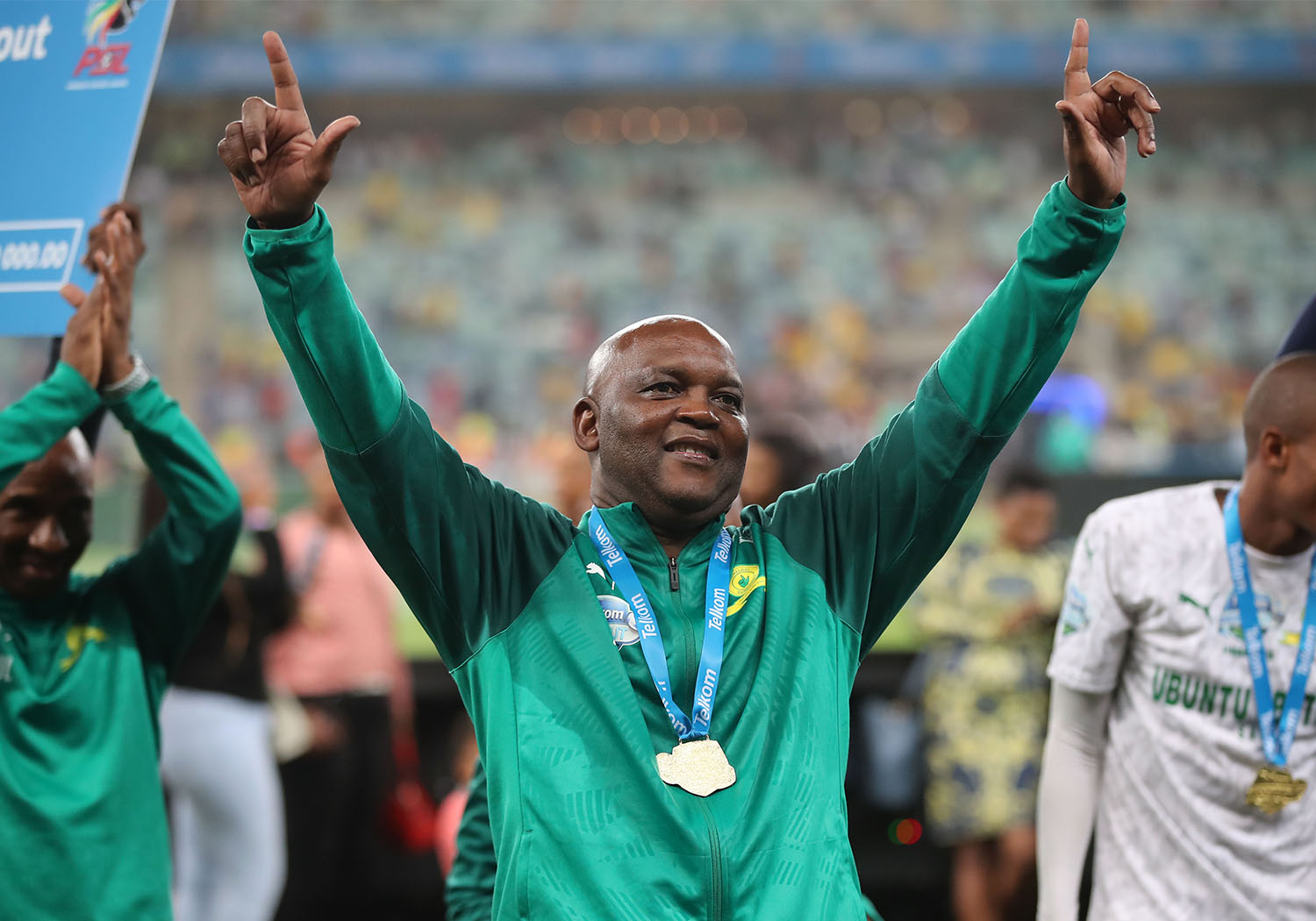 Mosimane relives the last day of the 2019/20 campaign. The season went down to the wire, with both the Brazilians and Buccaneers heading into the clash with a chance to be crowned Champions.

“I set my team up to get the W. We knew that our destiny was in our hands. Pirates were playing Polokwane City at home and we were on the road against Free State Stars.”

“What helped us was that Stars were chasing the game as well, they needed the win to avoid relegation.”

With glory awaiting, Mosimane had his work cut out for him going into the encounter. Sundowns were looking to further extend their reign of dominance and Orlando Pirates had mounted a legitimate challenge to the Brazilians trailing by 2 points going into the final day.

“I needed to keep the boys focused – we couldn’t be hungry and just chase the win, because we would get punished.”

As the first half drew to a close, influential playmaker, Gaston Sirino went down and was unable to continue which left the coach with a big decision and a potential plot twist to the 18/19 season.

“Gaston was making some dangerous runs, he was creating problems for the Stars backline. He is a guy that can turn the game around. We needed to accept that football is an unpredictable game.”

“Once Gaston goes down, I discussed our options with my technical team and I felt Phaka was our best option. We threw Phaka on and we needed to trust and believe in him.”

“Obviously he scored and repaid the belief we had in him.”

Downs went on to lift their 9th Premiership trophy. Mosimane set a few records on the day too, becoming the first coach to win the Absa Premiership four times with the same club.

“I always appreciate the support and history being made when my name is attached. But we are not in this game to focus on yourself, I don’t look too personalise these things, the results are for the club not just for me. I prefer breaking records for the club.”