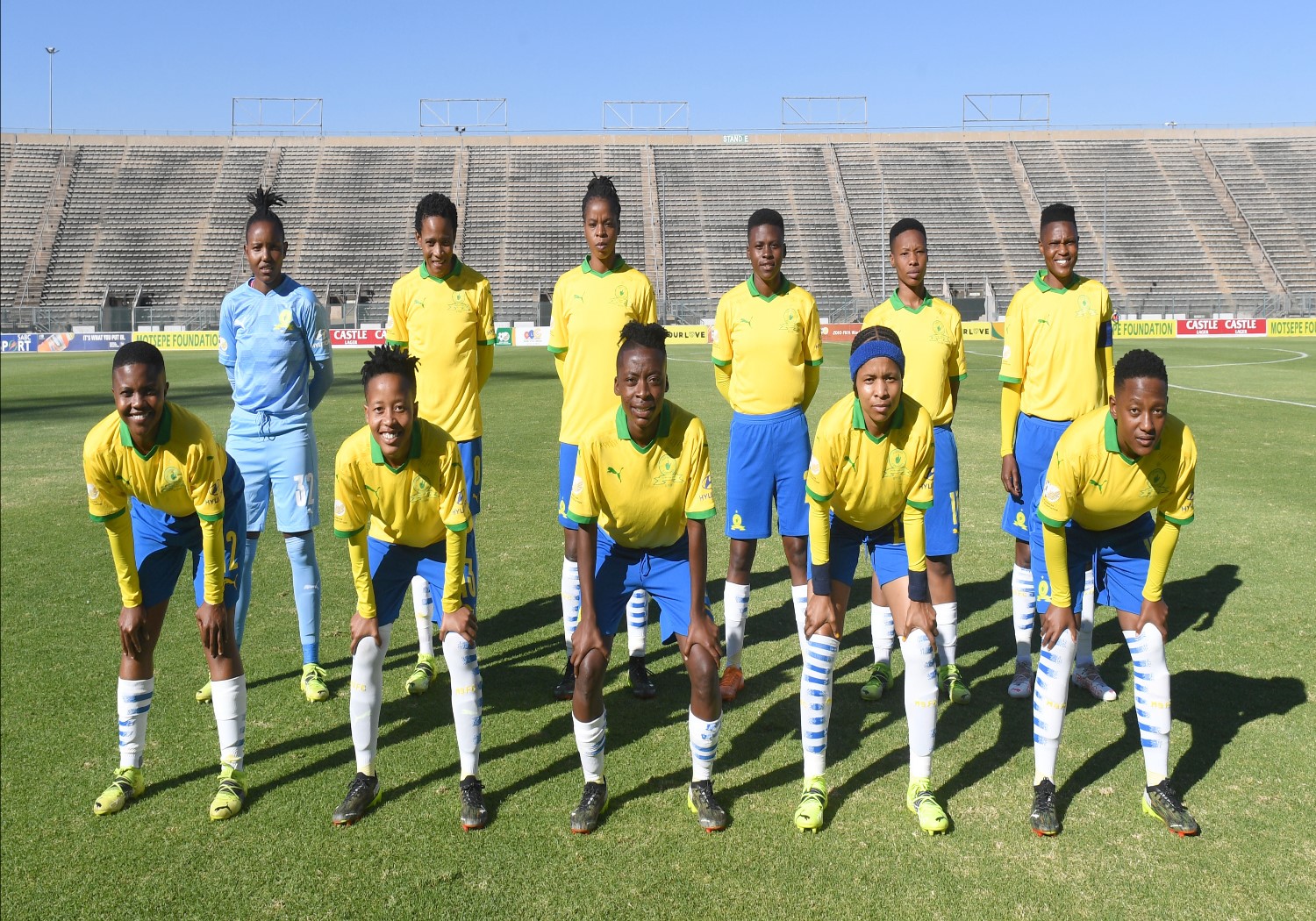 Mamelodi Sundowns Ladies have been producing a series of impeccable performances as they have made their intentions clear to conquer the Hollywoodbets Super League. The Ladies maintained their unbeaten start to the season after claiming a draw against their closest rivals JVW FC this past weekend. The Ladies team have earned nineteen points in the seven matches they played this season and remain top of the log.

Melinda Kgadiete, one of the new signings at the club, has been instrumental in helping Masandawana win their games and is amongst the top goalscorers in the Super League. She says that helping the team to win games is important to her as a player: “It is very important to score goals, in order to win the game you have to score goals and as a player, you always want to contribute or help the team to win.”

On Saturday The Brazilians will come across determined First Touch Academy who sit third in the league, however, according to Melinda, the defending champions are firm and have their eyes fixed on collecting maximum points: “The mood is good and we are looking forward to the game, we are going for a win because the past weekend we lost some points and now we are going for the kill.”

“Remember we are defending champions so we have to keep up to our standard. We need these three points more than anything, we want to sit in position number one from now on until the end of the season.”

Ladies Team Head Coach Jerry Tshabalala added to the enthusiasm shared by one of his key players. The coach believes last week’s draw came as a perfect reminder about the level of competition in the league “It’s very key for us as a team to bounce back from last week’s result. The previous game’s result came as a wake-up call and it made the girls realise that other teams are improving and are ready to challenge us. We have dusted ourselves and we are ready for this one.”

Mamelodi Sundowns Ladies will be playing against First Touch Academy on Saturday 12 June, at the Lucas Masterpieces Moripe Stadium and Kick Off is at 15H00. This match will be televised live on SABC 1.