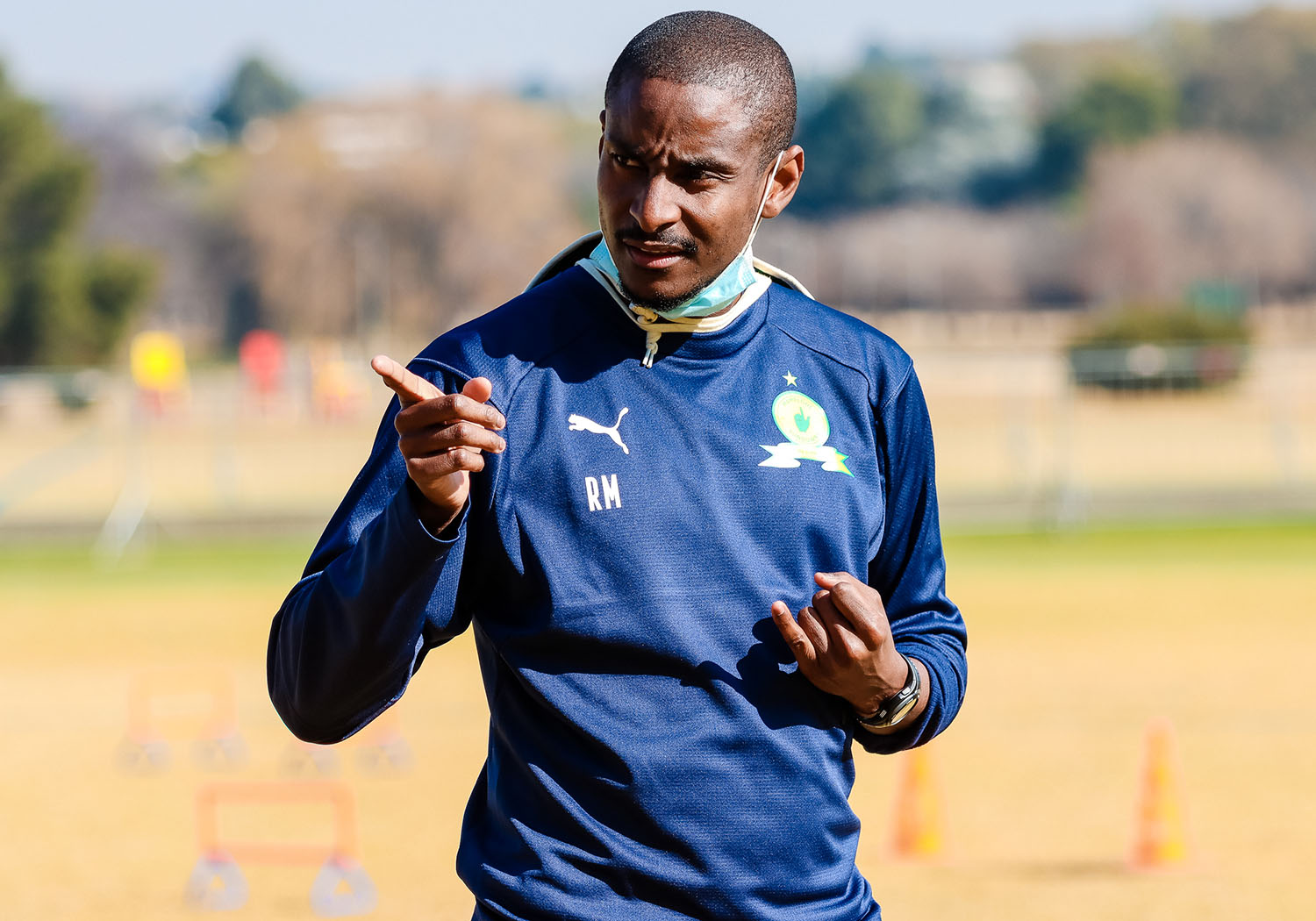 Mamelodi Sundowns players have returned to training at the University of Pretoria (TUKS) as they prepare to defend their championship title next season.

After their successful season in the DStv Premiership and being crowned champions, the squad went their own separate ways on their holidays to rest and recover ahead of the 2021/22 season.

A few players were selected to represent their nations on international duty over the past months with those who have had time to be off and enjoy their holiday make their way back to training grounds to prepare for the upcoming campaign.

Masandawana head Coach Rulani Mokwena confirmed the return of his soldiers “We are back, the players returned on the 5th [of July] and went through comprehensive medical assessments which included not just muscular assessment, but also cardiac particularly because of these Covid times that we are living in.”

Coach Rulani explained that the medical team at Downs did extensive tests and not just any ordinary pre-season medical tests to ensure the good health of the players, following the scenes the world witnessed at EURO 2020 involving Danish player Christian Eriksen: “It’s also important to check the functioning of other systems apart from just the physiological aspects of the functioning of the body but also from a cardiac, respiratory aspect where you’re checking the ability and function of the heart and the lungs, which is something that can be hugely compromised by Covid-19.”

The Brazilians recently announced the signing of four new players that have joined them at their training base for the upcoming season and orientation has begun for the new arrivals “ [We have] inducted new players into our way of playing and how we train which is very important. With us what is important is the attitude to training, we very seldom get the opportunities to train and teach and try to improve the team on the pitch therefore our training mentality is probably the most important one.” said the Champion Coach.

Coach Rulani continued and said “[We are trying to] induct them into the culture, not just the philosophy but the culture of what the club is about. The principles and the values that this club has been built on and try to incorporate them into getting into the culture, the winning mentality, but also the processes that are behind us winning and the detail that is in the project.”

Masandawana proved to be a team that ranks high in their awareness of both technical and tactical abilities, this aspect of the game is one that Coach Rulani considers to be of high value to both players and the coaching staff. Many times last season Bafana Ba Style produced class act performances following their analysis of opponents.

“Auditing the level from a technical perspective upon the return of everybody, auditing our knowledge of where we are, where we want to go and that has been done through the use of presentations, video analysis sessions where the players have also been given certain topics in groups to present to the team and that helps us with the culture.”

“At Sundowns we have a huge reliance on technology and the use of video analysis to be able to supplement the work that we do on the training pitch without breaking too much of what we did last season because that set a very good foundation” said Coach Rulani.

The defending champions coach emphasized the importance of change and adaptation in the football industry to stay ahead of competitors: “Some of the things that worked for us last season may not necessarily work for us this season because team are also analysing Sundowns trying to catch up with us and therefore we’ve got a responsibility to also from a technical perspective try to advance the game.”