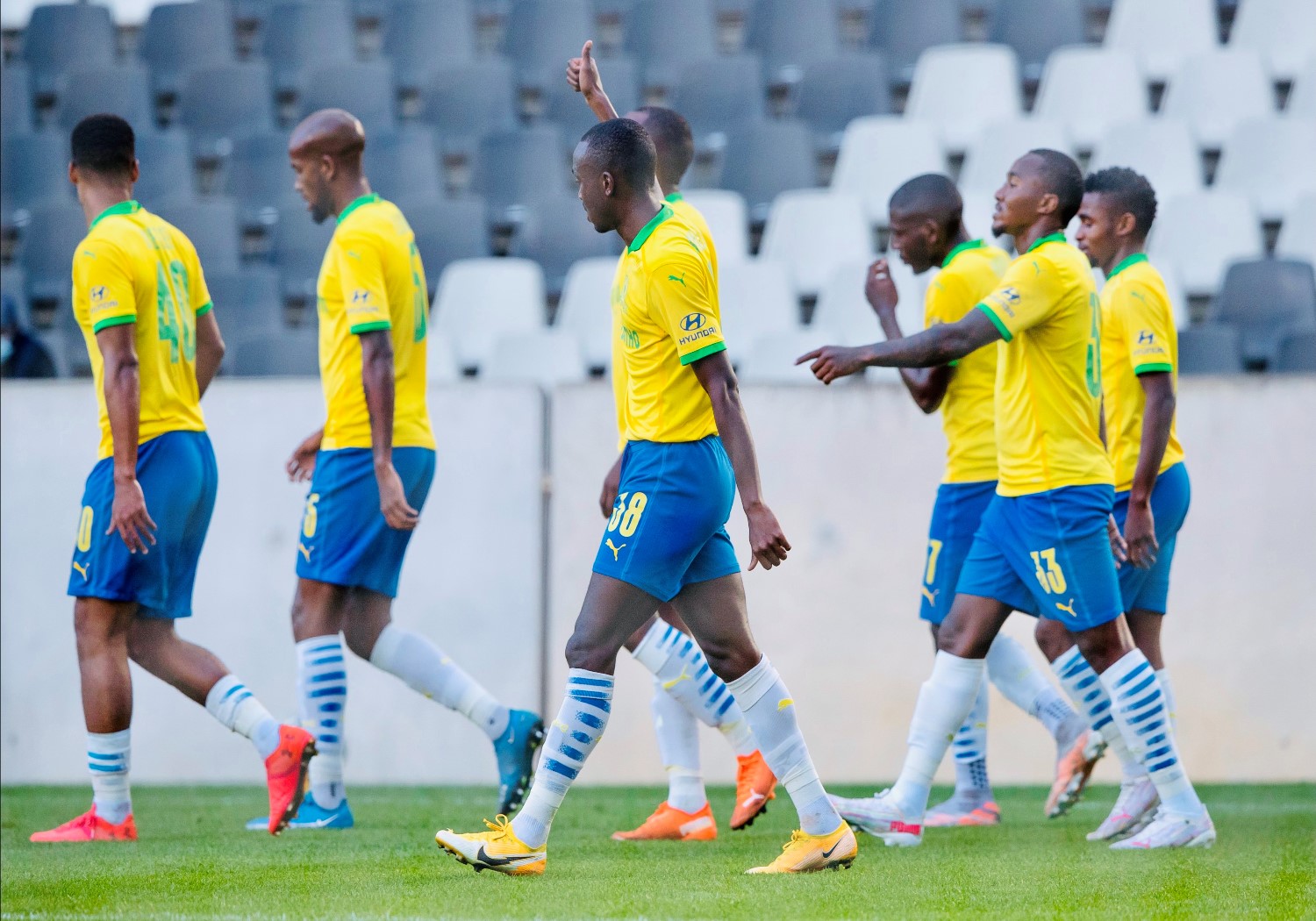 Mamelodi Sundowns secured a 2-0 victory in their final away game in the DStv Premiership against Bloemfontein Celtic. Downs remain on top of the log with one game left to play this season and over ten points ahead of their competitors.

The coaching staff made a host of changes to the side that took on Swallows FC over the weekend with Kennedy Mweene, Andile Jali, Haashim Domingo, Gift Motupa and Gaston Sirino all earning starting berths.

The game kicked off with both teams showing determination in the opening minutes of the encounter. Celtic was the first team to take a strike at Mweene in goals however Khuliso Mudau reacted quickly to the shot to stop the attempt at goal.

Downs maintained composed and focused and eleven minutes into the game Celtic’s resistance was finally broken by Peter Shalulile who followed up to score the opening goal of the match after Haashim Domingo’s strike hit the crossbar. Shalulile, who is amongst the nominees for player of the season and player’s player of the season netted his twelfth of the season.

Bloemfontein Celtic took multiple attempts at goal as the game headed towards the break, but Mweene was equal to the challenge as he continued to stop every shot coming his way. The first half ended with a 1-0 lead for Downs with Shalulile’s solitary goal being the difference.

More action unfolded in the second half as Phunya Sele Sele tried to find an equalizer on their home ground, but Masandawana were dominant in attack and resilient in defence. Shortly after the game resumed Lyle Lakay’s cross into the box caused panic for the hosts before it could be cleared out of sight. More attack was launched towards Celtic’s Goalkeeper, Mondli Mpoto who became very busy on the night stopping the attempts at goal by the likes of Hashim Domingo and Gift Motupa. Shalulile was on hand to score his second of the night to bag goal number thirteen in his first season with The Brazilians.

George Maluleka, Grant Margeman and Lesedi were amongst the substitutes that made their way into the game as the technical looked to bolster the attack and search for the third goal of the night.

Shalulile’s brace ended up being enough to steer The Brazilians to victory, ensuring that Masandawana became the first team to go unbeaten away across an entire season in the PSL. Captain of the ship, Mosa Lebusa was awarded Man of The Match for his stellar performance at the back as the team earned another clean sheet.