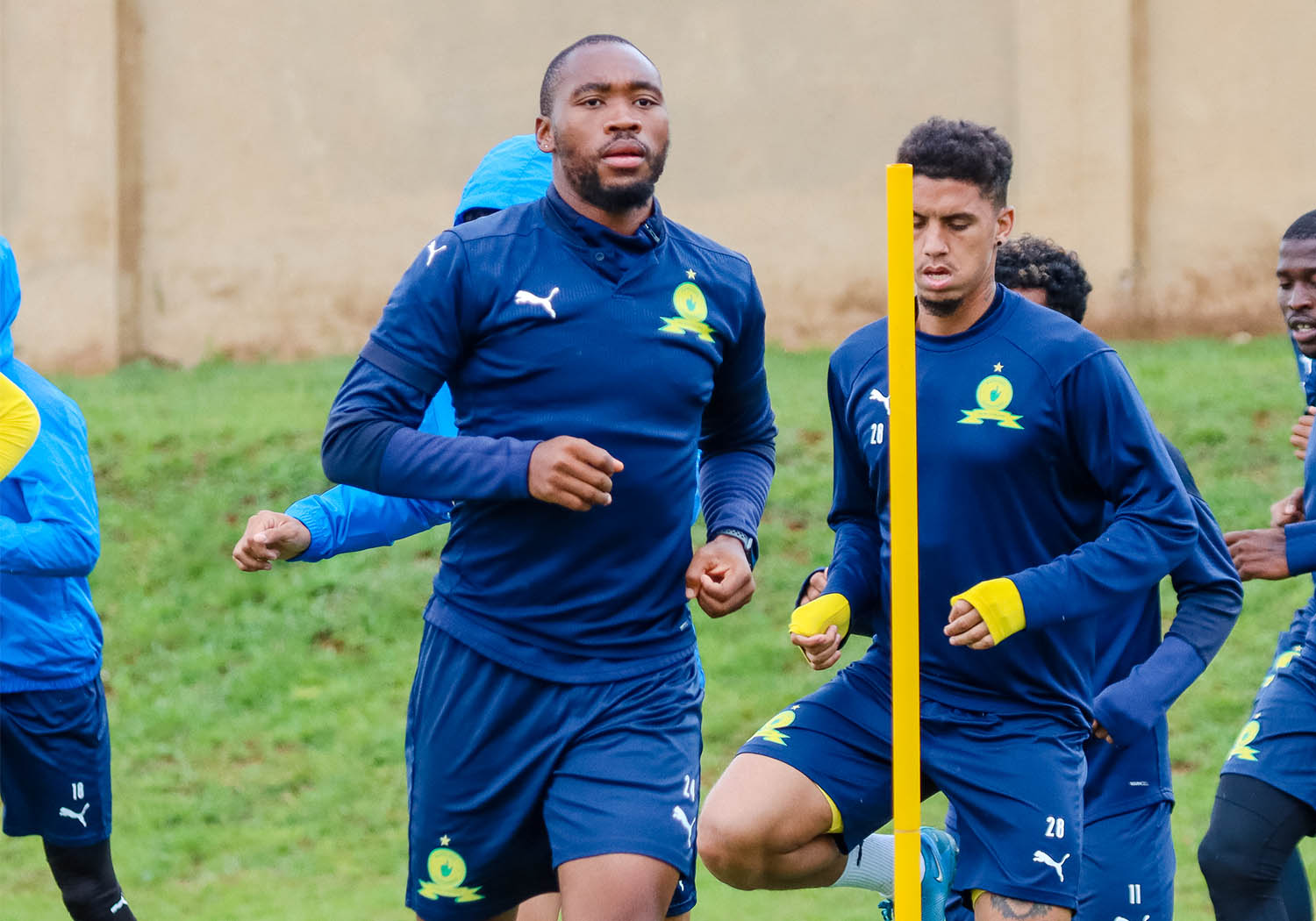 Mamelodi Sundowns will aim to extend their lead over Orlando Pirates in the DStv Premiership when the two sides meet at the Loftus Versfeld Stadium this evening.

Masandawana are on a 3-match winning run having defeated Royal AM 3-2 and Baroka FC 1-0 at home while taking hold of the bragging rights in their 2-1 victory in the Tshwane derby. Downs forward, Sibusiso Vilakazi shared his thoughts on the upcoming encounter.

“We are expecting a very, very tough game. Of Course they will want to improve on their performance that they played against Swallows which they felt that they should’ve had maximum points after going ahead and then finding themselves sharing the point, so of course with that they will want to improve and step it up a little and try to get maximum points when they play against us at home. With the games that they’ve played they’ve been good, I think they’ve had wins and quite a few stumbling blocks where they’ve had draws [but they are] a side that has momentum.”

The Buccaneers currently sit third in the table – sixteen points behind first placed Downs – having won only one of their previous four matches. With a four-game unbeaten streak they will be confident of frustrating the Tshwane giants on Friday night.

“[They have] Bandile Shandu trying to come up as a defender and trying to get into a good goalscoring opportunity. I think he had two back to back games where he scored so we have to look after him as he is a threat and there is [Deon] Hotto as well. [These are] people that are scoring goals consistently in back to back games, we have to look after those people, but not only them because for them to get into those positions it starts from the back with the four at the back which have been consistent for the last three games.

“Even in the midfield [Fortune] Makaringe, Ben [Motshwari] and [Thabang] Monare have been consistent in starting games. There hasn’t been that much rotation in their starting line up, it’s a consistent team that has been giving them rewards and has been giving them momentum of winning games. It’s the whole team that’s on the pitch that we have to look after, everybody has their own strong point.” Said Vila.

With The Brazilians on a sixteen-match unbeaten streak ahead of matchday 17 and aiming to get their fourth straight win and have the league’s best points at the top, an exciting encounter will be on the horizon when the two giants meet in Pretoria. It is also worth noting that the previous meetings between the teams have produced over 2.5 goals.

“Expectations are very high, the mood is very high and preparations have been really good in a short space of time. We just switched from that mode of having won a very tough game against Baroka and switched into another game that is very, very important for us. We are playing against a team that has good momentum and we are looking forward to a big contest that needs big personalities on the field, but not only on the field but training as well has been amazing.”

“Everyone is starting to raise their hands, everybody is ready to perform. We are looking solid, we can’t wait to step on that field to make our fans happy, to make the team and ourselves happy. We will try by all means to get in there on the day and try to give it our best performance of the day which is to get a positive outcome. It won’t be easy, but we always strive in these situations of the not easy part to get ahead.”

Mamelodi Sundowns take on Orlando Pirates in the DStv Premiership on Friday at the Loftus Versfeld Stadium and kick off is at 19h30. This game will be televised live on SuperSport channel 202.