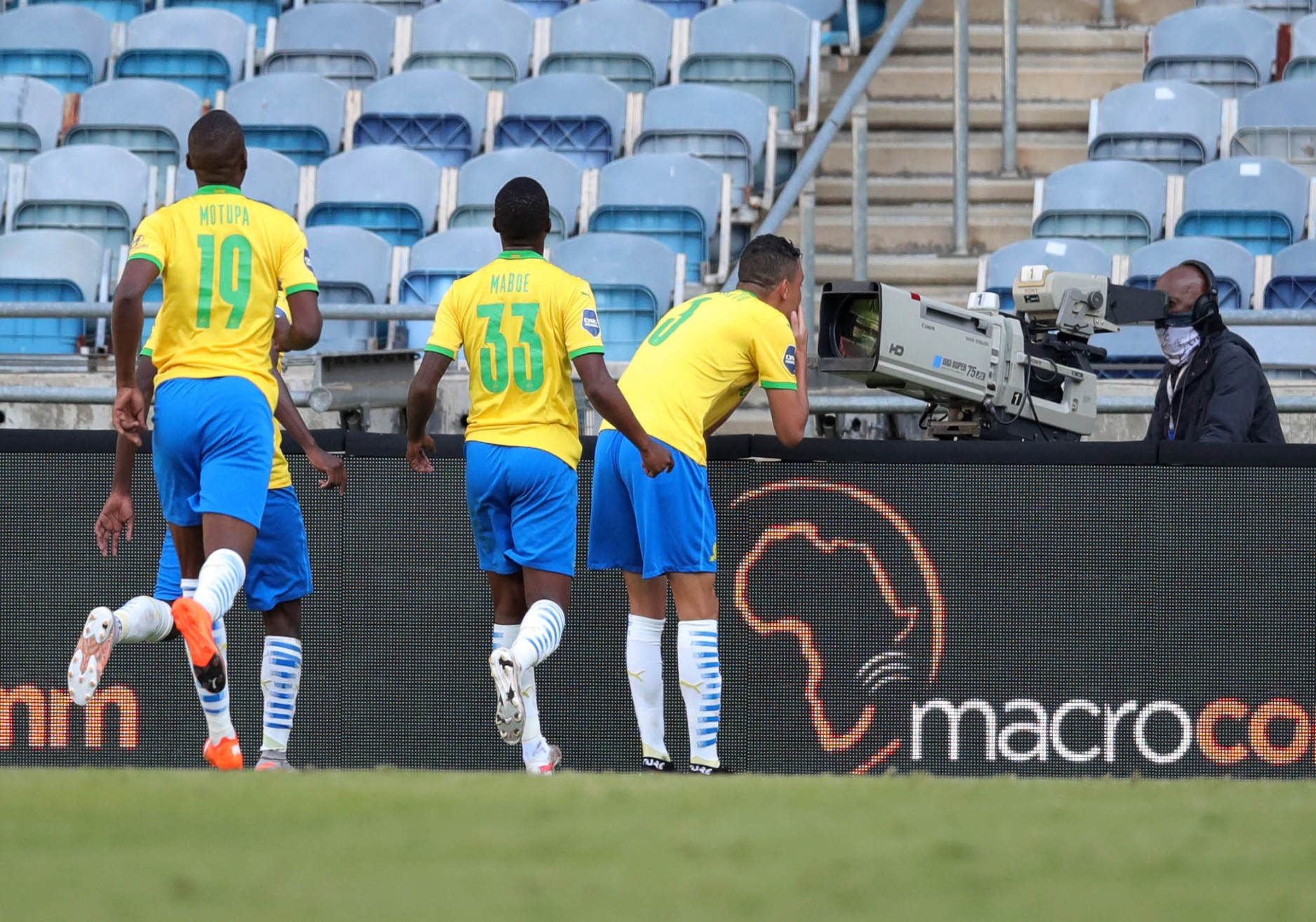 Mamelodi Sundowns put on a great display of football to topple Orlando Pirates in a crunch clash at Orlando Stadium on Sunday afternoon. Masandawana put three goals past The Buccaneers to retain the top spot in the DStv Premiership after momentarily falling to second spot. The Brazilians went to the game after not registering a win in four games and they fabulously got the win. This is the third win over the Bucs in the current season, a double in the league, with a cup win.

The clash saw Peter Shalulile, Ricardo Nascimento and Kermit Erasmus making it into the starting eleven and that showed the intention was to dominate the game from the first whistle.

The home side was the first one to draw blood in the early minutes of the game as they had a free-kick which was taken by Vincent Pule but Denis Onyango was on par to calmly claim it without any struggles. The Brazilians picked up pace and Aubrey Modiba found himself in a good area and delivered a telling cross which had to be deflected away for a corner. Lebohang Maboe tried his luck with a volley but his effort did not trouble Wayne Sandilands. Amabhakaniya kept pushing and in the twenty-third minute tried to get something outside the box but Onyango was alert to make the save. The first half had all the drama but no goal as both sides went to the half locked at 0-0.

A forced substitution at the start of the second half saw Erasmus off and being replaced by Gift Motupa due to an injury. It took eleven minutes for Bafana Ba Style to find the back of the net through captain Ricardo Nascimento via the penalty spot after the referee awarded Mamelodi Sundowns a penalty, this was his first goal in the DStv Premiership. Even with the one goal lead, Masandawana kept on putting pressure on Pirates and Shalulile made an acrobatic attempt but his shot sailed over the bar. The counter-pressing game of The Brazilians was on point and yielded a goal after Motupa pressed at the front and set up the Namibian international to score the second of the day and his tenth for the season.

With the game opening up, the home side tried to find that elusive goal Masandawana were awarded a free kick in the last ten minutes of the game and up stepped Lyle Lakay who came in as a sub to kill the game and to score his third for the season. The win saw the defending champions reaching the fifty points mark after twenty- four games and reclaiming the top spot after twenty-four hours at position two. Midfielder Sphelele Mkhulise was crowned Man of the Match for his fine performance on the day.

The next game for Mamelodi Sundowns is against Maritzburg United on Wednesday and kick-off is at 15:00.