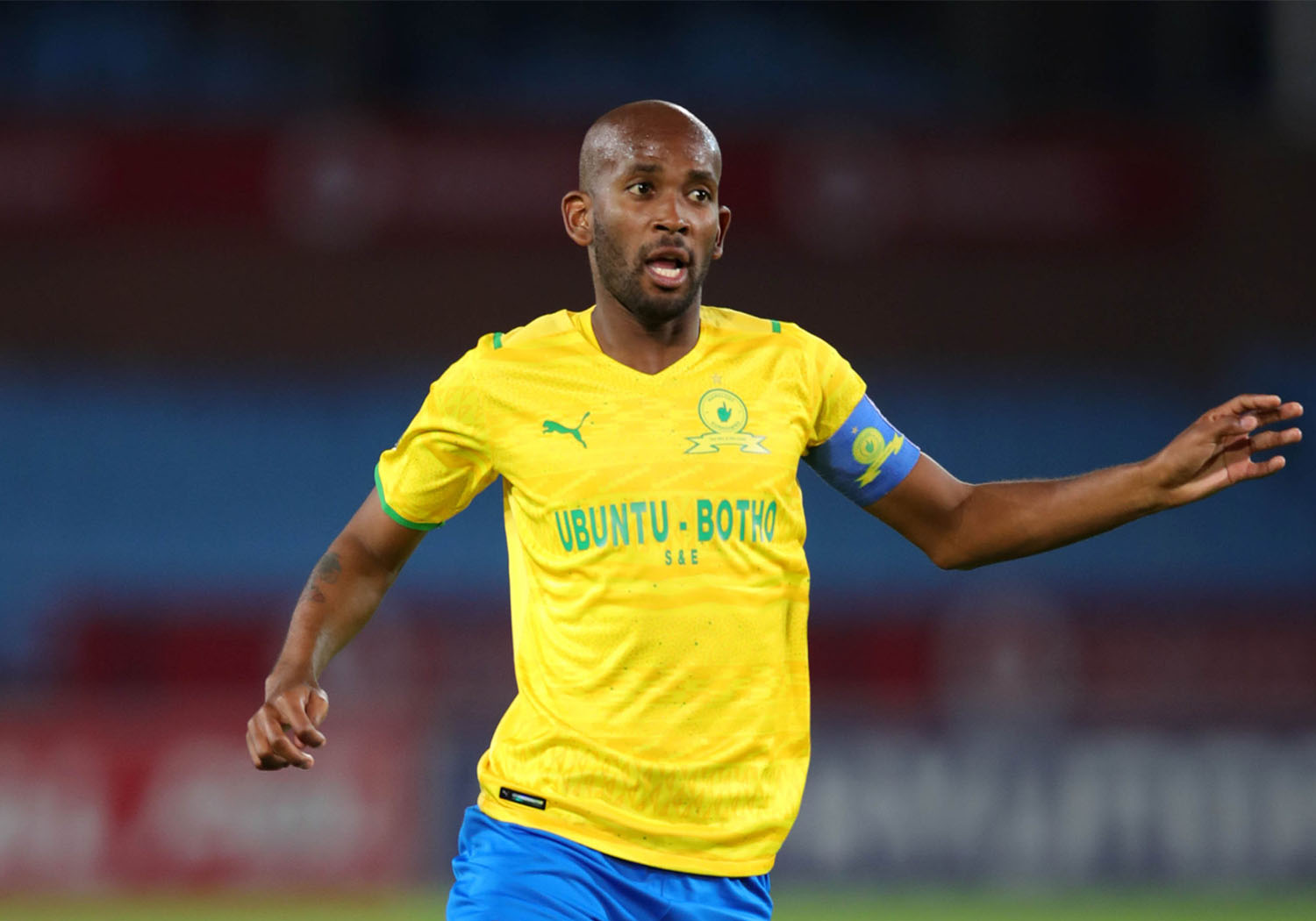 Mamelodi Sundowns are gearing up for a mammoth clash in the DStv Premiership against rivals Kaizer Chiefs on Sunday afternoon. Masandawana have played two games in the opening stages of the campaign, with one win and a draw recorded so far.

Having already faced Amakhosi once this season in the MTN8, Downs defender Mosa Lebusa says that the team is wary of the threat that the Soweto-side will pose: “It’s always tough to play against [Kaizer] Chiefs. The last time we played against them was in the MTN8 and personally I think it’s going to be a different ball game because it’s the league and they want to have a good season.”

He added: “Also on our side we are trying to get ourselves running [therefore] it’s going to be a very tough game. It’s always nice to play games of such calibre, but we have our eyes on the prize and we’re looking forward to the game.”

As the world of football took a break to make way for the 2022 World Cup qualifiers, Bafana Ba Style were hard at work preparing for the upcoming battles in the DStv Premiership in September.

Lebusa detailed the hard work that The Brazilians have been putting in during the preparation for Sunday’s encounter against Amakhosi: “I think during the past week the guys at training have been giving it their everything and they are just ready for Sunday.”

“I think mentally the coaches don’t even have to say anything, you just know that you’re playing against one of the biggest clubs in the country [so] you have to give your everything. You have to put your hand up because when we go to the Champions League such performances count. It’s early in the season and we want to make a statement, it’s really important that we get these points against them.”

Lebusa, who joined The Brazilians in 2018 says that the team has to be patient while new members of the team find their way in the star-studded squad.

“The new guys that just came to the team are still trying to find their feet. Some of them have hit the ground running but it’s a long process and we have to be patient with them.”

Lebusa closed his match preview and said “I think the ultimate goal is always to win, come Sunday we want to win the game and obviously it goes down to preparation.”

Mamelodi Sundowns will do battle with Kaizer Chiefs on Sunday, 12 September at Loftus Versfeld as they return to DStv Premiership action after a two-and-a-half week break. Kick-off is at 17h00, and the match will be broadcast live on SuperSport PSL Channel 202 as well as SABC 1.